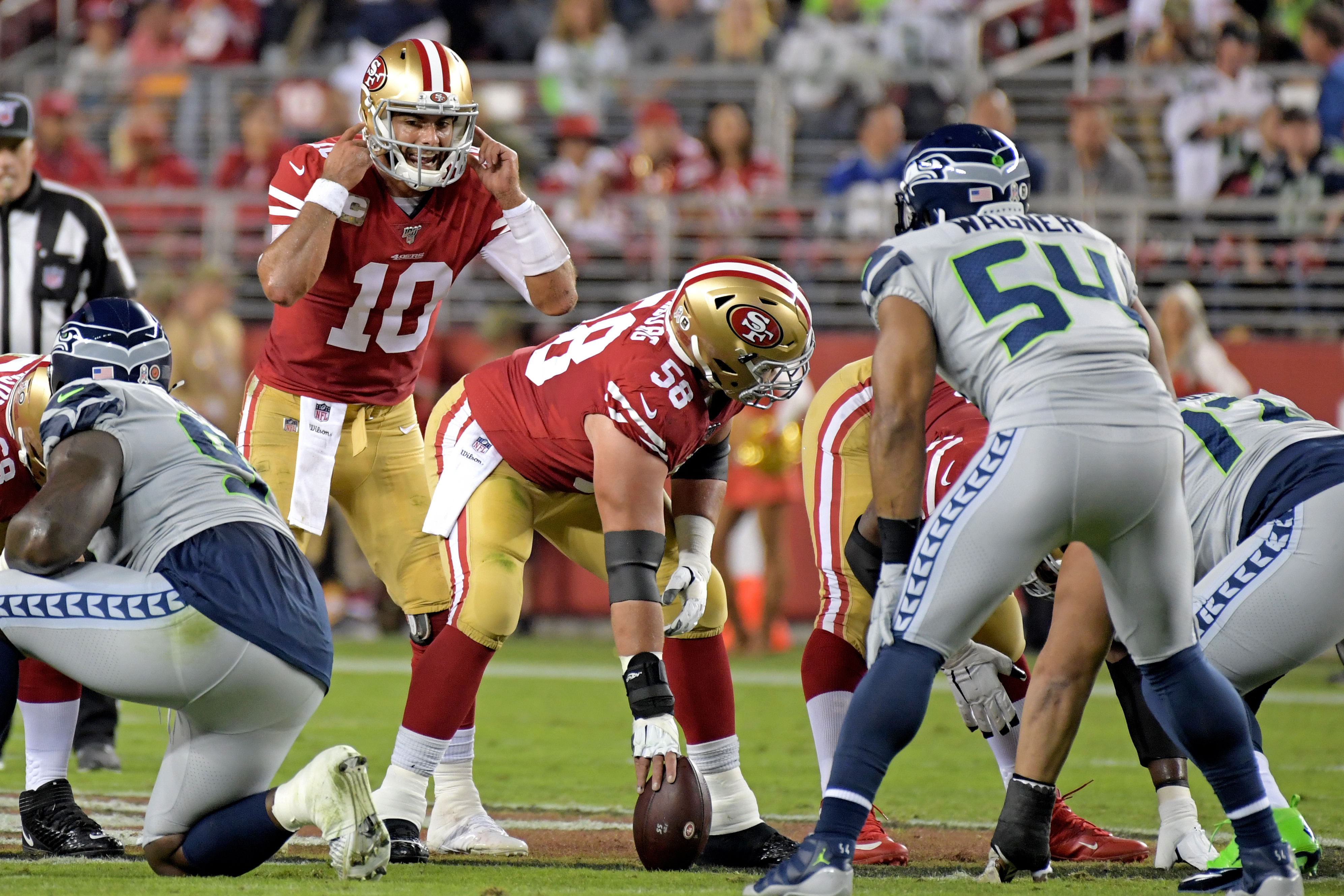 It was the clutch quarterbacking of Russell Wilson that set up the game-winning field goal in overtime of a Monday night thriller against San Francisco, but the Seahawks were able to hand the 49ers their first loss of the season thanks in large part to the play of their defense.

After an interception by Wilson on the first possession of overtime, the 49ers defense held strong by stalling out a seven-play drive that ended in a missed field goal. When the Seahawks weren’t able to do anything on offense on the ensuing drive, the defense held strong again by forcing three straight pass incompletions for the three-and-out. Wilson would eventually lead the offense down the field to set up Jason Myers’ game-winning field goal.

After the game, Seahawks linebacker Bobby Wagner provided a very interesting tidbit. Apparently he and fellow linebacker K.J. Wright were able to pick up on some of the checks made by 49ers quarterback Jimmy Garoppolo.

“They’re a team that runs so many different things that it’s hard to get a tendency, but I felt like the last couple of times that we played them we were able to figure out what they were doing,” Wagner said, via NFL Media’s Jim Trotter. “Because they run so many different things, it’s a game where you have to be disciplined, and you just have to read your keys. It becomes kind of like simple football: Read your keys, and it will take you to the football. Once we started reading keys, me and K.J. started hearing the calls and picked up on the checks he was making, and it allowed us to break faster.”

The Seahawks and 49ers play one more time this season in the Week 17 finale at Seattle. If what Wagner said is true about picking up on checks, then it sounds like the 49ers will have to make some changes to their play-calling by the time that game rolls around.