Wild Escape With 3-2 Win Over Colorado 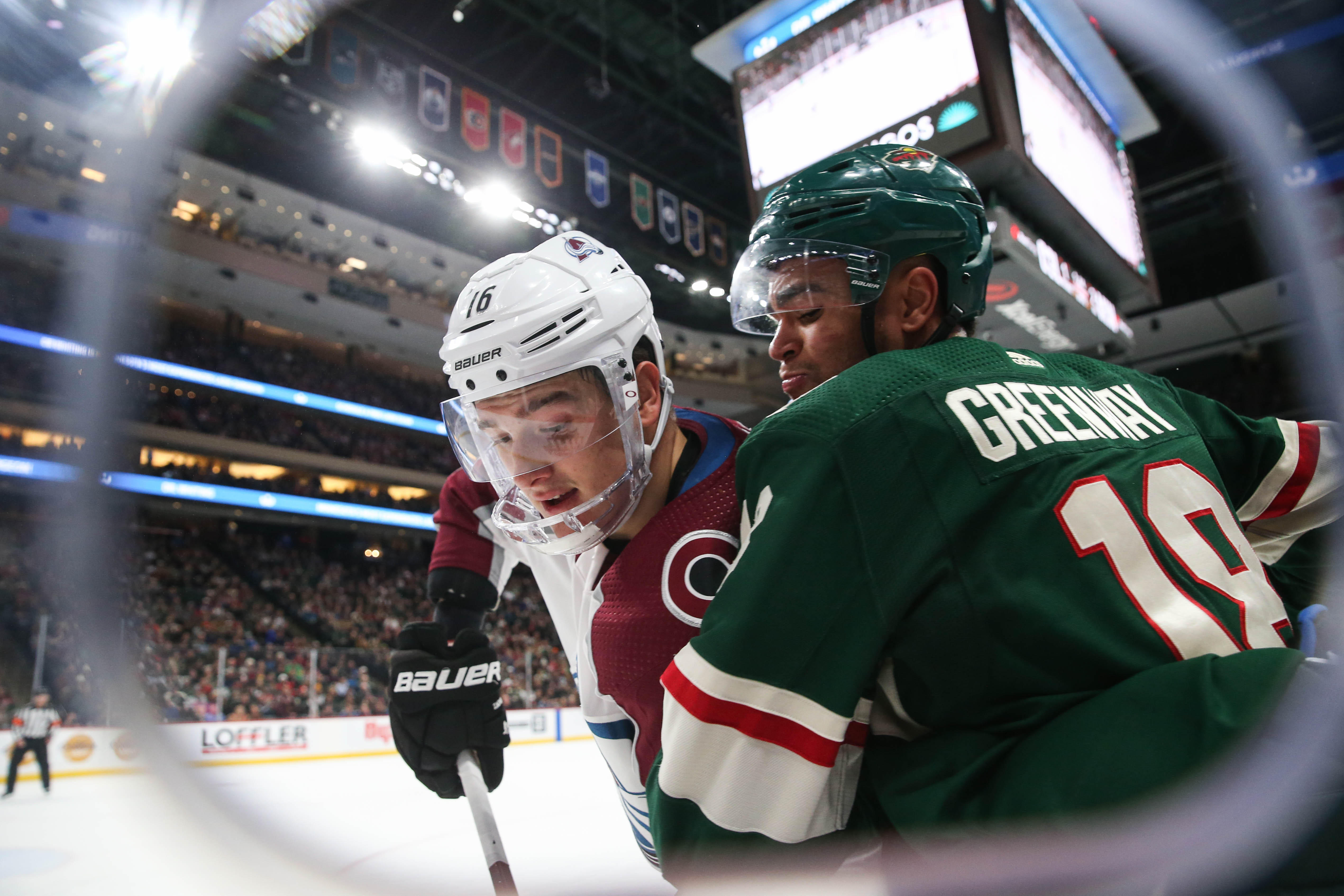 Wild Escape With 3-2 Win Over Colorado

Cable / Satellite and Network bidding wars are pretty annoying.  Case in point, I have been NHL Center Ice subscriber for at least 15 years.  I did this so there would be no way I’d miss any games, or so I thought.  Leave that to a bidding war between Dish Network and Fox Sports Net-Wisconsin which has me more or less locked out from watching my favorite teams.  So I’ve had to subscribe to YouTube TV and FSN-Wisconsin only broadcasts some of the games instead of all of them like FSN-North did.  That may mean I might be listening to tonight’s game between the Minnesota Wild and the Colorado Avalanche.

The last time the Wild played Colorado they were overwhelmed by the Avalanche’s offense.  Minnesota has played better the last week or so, especially on home ice.  Can the Wild earn a big win over Colorado?

1st Period Impressions:  Since Dish Network / YouTube TV fiasco continues I will give you my impressions of the game (while listening to it on the radio) and the tweets that came across my Twitter feed.  So my impressions of the period are at the mercy of these fine folks as well as Bob Kurtz and Tom Reid.

Zucker-Staal-Zuccarello-Dumba-Hunt unit spends 1:53 in o-zone and doesn't register a shot

Zucker blocked an Erik Johnson blast, took off on a breakaway, tried a slap shot from left circle but missed the net wide right and puck left the zone....

Puck got ties up in skates in front. Donskoi slid puck quickly to Kadri in front for point-blank shot, but an alert Stalock makes his biggest save so far

Victor Rask fires a quick shot on net, but Grubauer turns it aside. pic.twitter.com/Tx1Q9u0mj5

And now it's Zach Parise robbed by Philipp Grubauer. #MNWild making a big push at the end of the first period.

Based on the tweets and the radio broadcast, it sounds like the Wild did just about everything you could do right, but score.  The Joel Eriksson Ek, Jordan Greenway, Luke Kunin line (aka the GEEK line) sounded like they were having a helluva game.  Alex Stalock had a huge save on Nazem Kadri but the Wild and Avalanche are still 0-0 after 1 period of play.

This pass by Mikko Koivu is pure, unadulterated sex. pic.twitter.com/Q7flEirPH4

Oh my, what a goal. Great patience by Greenway. pic.twitter.com/n8BuwxOqMr

A turnover by Kevin Fiala actually results in an #MNWild PP after Jayson Megna gets tagged for tripping.

MacKinnon gets a solid chance, but Stalock makes the stop. pic.twitter.com/kYtWQMaGkM

Eric Staal alone in front with two chances but can't put it away. #mnwild still with a 2-0 lead, outshooting #Avs 9-3 with 9 to play in P2.

With Dumba in the box for cross-checking, #Avs finally get a puck by Stalock. Not long after hitting the post, Colorado cuts its deficit in half on a blistering shot by the rookie Makar. 2-1

2-1 as Cale Makar scores for Colorado.

2-2 as Makar continues to push himself closer to a Calder trophy.

GOAL. Cale Makar scores another to tie the game.

Makar is impressive. #Avs have taken over this game the last chunk of the second. Now sets up a make-or-break third.

I'm a big Dumba fan but there isn't a player on the current #mnwild roster I'd take over Makar.

Leaving Makar all alone off a faceoff is probably not the best strategy.

The Wild had a great start, jumping out to a 2-0 lead early in the 2nd period on goals from Mats Zuccarello and Greenway.  Then it seemed to be all Avalanche as Minnesota would pay big time for being a little too picky with its shots in the middle of the period.  Then Colorado rookie Cale Makar demonstrated just how incredibly talented he is with two terrific goals to tie it up at 2-2 going into the 3rd.  I’m pretty sure the Wild were feeling pretty anxious and vulnerable going into the 2nd intermission.

Dumba has a puck slide off his stick from behind the net into the crease. Stalock luckily spotted it and covered....Dumba has had 5 of his shots blocked, took a game-turning penalty and is minus-1...Tough go

Just can't take offensive zone penalties when they've got MacKinnon/Makar on the PP.

GOAL. Slight delay, but Zucker does in fact give Minnesota the lead.

Grubauer robbed Staal. The puck lay at the goal line, Girard came in to clear the crease but basically put it on Zucker's stick as he flew in...Seventh goal for No. 16

I am not sure if Michael Russo is referring to one of Electronic Arts‘ NHL games.  The best one was NHL ’94 which had no turbo feature, but I digress.

Holy moly, Cale Makar drives the zone and triggers absolute mayhem...Stalock robbed Donskoi at least once, and his attempt earlier in the shift looked like it was going toward opening but hit a Wild player. GIF it somebody!

Big win for the Wild where they managed to settle down after a rough 2nd period to re-focus and earn a big win against Colorado, its first win against a Central Division opponent this season.  Another solid start for Stalock too, making 25 saves in the victory.

G – Hunter Jones (Peterborough, OHL) ~ the Brantford, Ontario-native continues his hot start as he had 26 saves in Peterborough’s 4-3 win over Sarnia on Wednesday.  Jones’ record is 14-3, 2.79 goals against average and a .906%SP with 1 shutout this season.