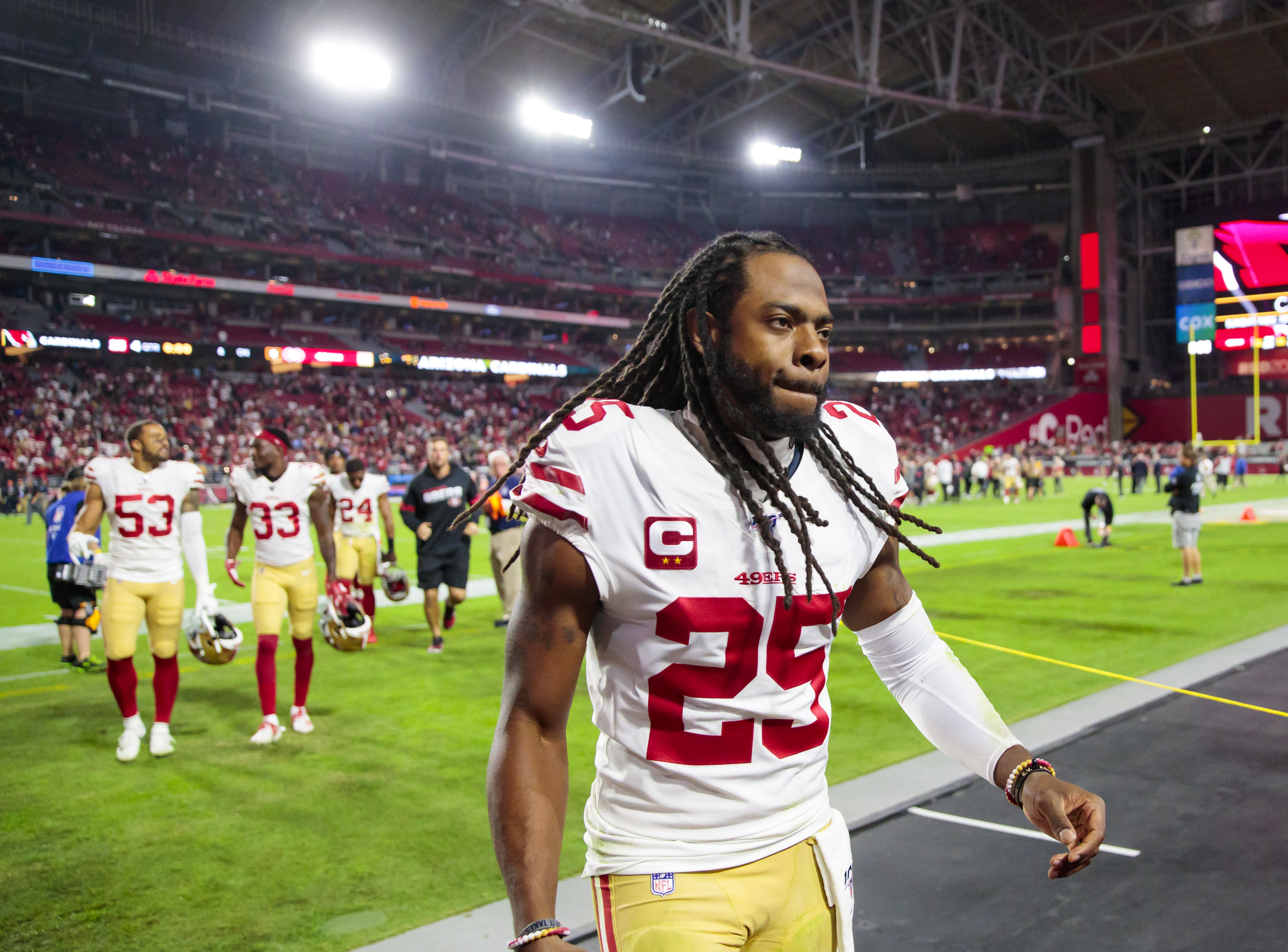 There’s a belief among NFL circles that 49ers quarterback Jimmy Garoppolo is the team’s main weak link, but one of his teammates simply is not buying it.

Garoppolo has had issues with turnovers periodically throughout the season, but he was efficient in Sunday’s 37-8 win over the Packers, tossing two touchdowns, and not turning the football over.

Jimmy G didn’t have to do too much in the game, with the defense and rushing attack carrying the load for him, but that shouldn’t diminish how effective he was. Teammate Richard Sherman had high praise for Garoppolo, defending him in speaking to reporters after Sunday’s win.

“Jimmy Garoppolo is our leader, and we will follow him into the darkest of dark,” Sherman said.

That’s all well and good, but we’ll see how the 49ers feel if Garoppolo has a dud in the playoffs — when every throw matters.