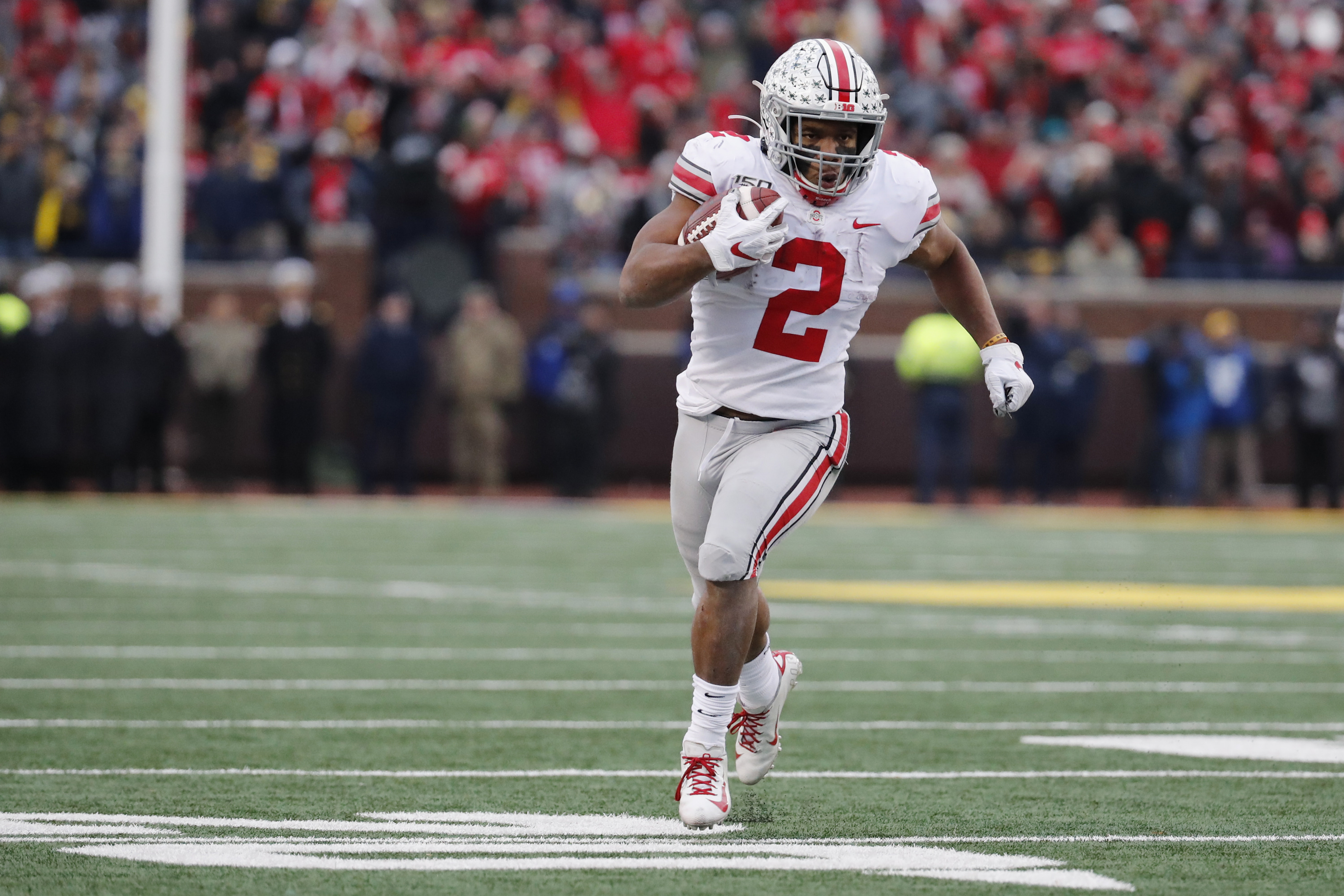 Three college football teams in the National Collegiate Athletic Association are going into their conference championship title games on December 7 undefeated. They are Louisiana State University, Ohio State University and Clemson University. It is rather fitting that all three teams are ranked first through third in the United States as the LSU Tigers are first, the Ohio State Buckeyes are second and the Clemson Tigers are third.

The LSU Tigers and Buckeyes were dominant offensively on Saturday against teams with winning records, as they both reached the 50 point plateau. The Buckeyes clobbered Michigan 56-27. Many people call the Ohio State/Michigan rivalry as simply The Game.

It was an outstanding performance by Buckeyes quarterback Justin Fields of Kennesaw, GA and Buckeyes running back J.K. Dobbins of Houston, TX. Fields completed 14 of 25 passes for 302 yards and four touchdowns, and had six carries for 25 yards. Dobbins meanwhile had 31 carries for 211 yards and four touchdowns, along with two catches for 49 yards. It was only Michigan’s third loss all year as they finished the season at 9-3. Ohio State improved to 12-0.

The LSU Tigers meanwhile hammered Texas A & M 50-7. Joe Burrow of Athens, OH was outstanding. He completed 23 of 32 passes for 352 yards and three touchdowns. It was also a wonderful evening for Tigers receiver Ja’Marr Chase of Harvey. LA. Chase had seven catches for 197 yards and two touchdowns. LSU improved to 12-0, while the Aggies fell to 7-5.

The Buckeyes meanwhile recorded two touchdowns in each of the four quarters against the Wolverines. Of their eight touchdowns, four were rushing and four were passing. The LSU Tigers meanwhile dominated the Aggies after the first half as they had a 31-0 lead heading into the break.

On December 7, the LSU Tigers face the University of Georgia Bulldogs for the Southeastern Conference Championship Game from Mercedes-Benz Stadium in Atlanta, GA. The Bulldogs are ranked fourth, as they have a record of 11 wins and one loss. Georgia’s only loss came on October 12, when they were beaten in overtime 20-17 to the South Carolina Gamecocks.

The Buckeyes will be facing a Badgers squad ranked 13th in the United States for the Big Ten Championship Game at Lucas Oil Stadium in Indianapolis, IN. Wisconsin’s record is 13-2 with their only losses coming on October 19 by a score of 24-23 to Illinois and October 26 when they lost 38-7 to Ohio State. In the Badgers lost to the Buckeyes, Dobbins had 163 rushing yards and two touchdowns.