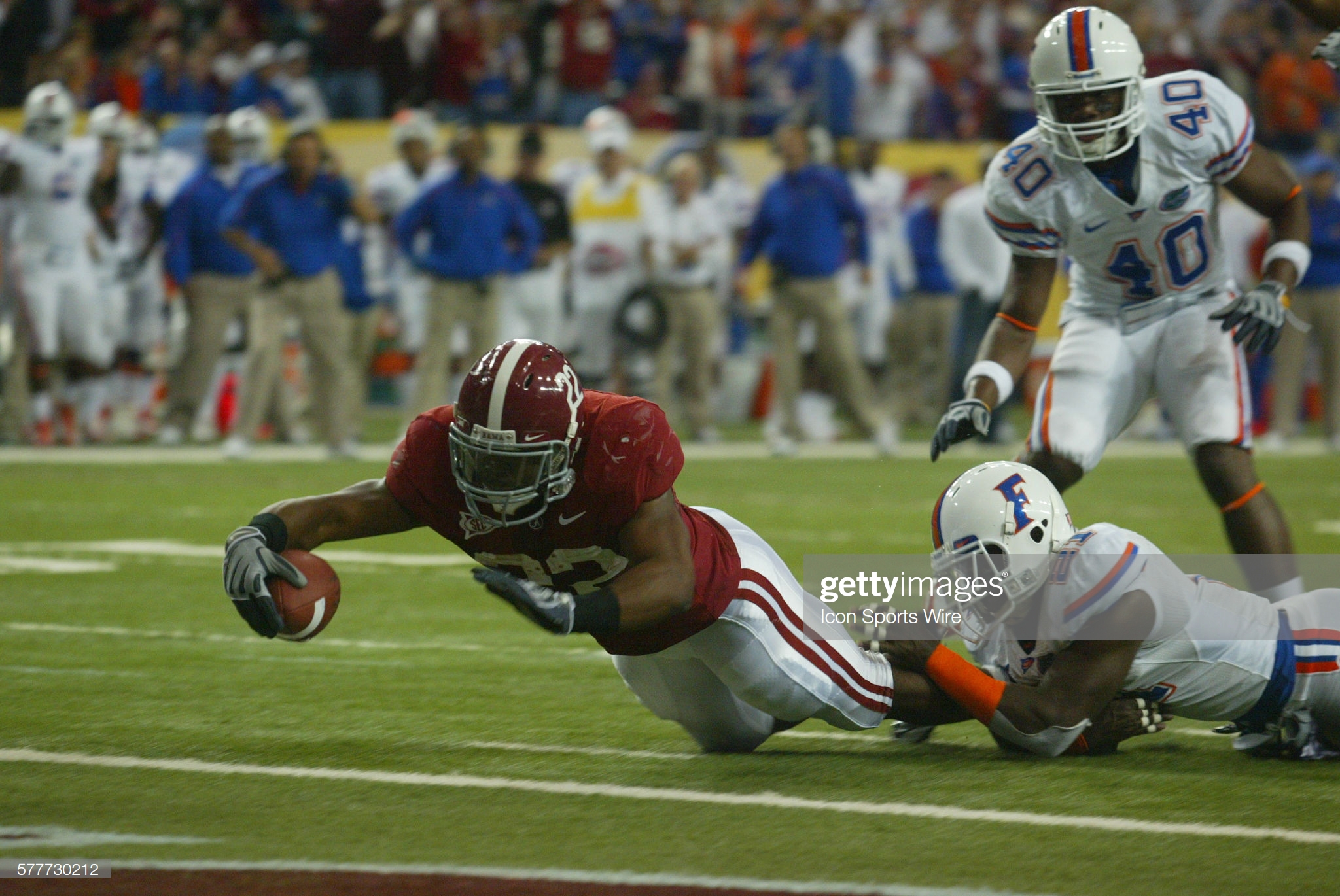 Championship Saturdays tend to be memorable ones for college football fans and that was certainly the case on this day 10 years ago.

It was prior to a 4-team playoff, but there were a number of teams alive for a shot at the national title on Dec. 5, 2009. It would be Alabama and Texas that would ultimately advance after each pulled off thrilling wins in their respective title games.

It was a match-up of No. 1 vs. No. 2 in Atlanta as reigning national champion Florida, led by head coach Urban Meyer, faced Nick Saban’s Crimson Tide for the SEC Championship. The Gators had ruined Alabama’s perfect season and title hopes the year prior by rallying for a 31-20 victory in Atlanta. Florida had won 22 straight games, but in a match-up of 12-0 teams, Alabama would taste sweet revenge in a 32-13 victory.

Alabama never trailed in the contest, but Florida was in the game at halftime as the Crimson Tide led 19-13. In the second half however, the Alabama defense would dominate as it outscored the Gators 13-0 over the final 30 minutes. After quarterback Greg McElroy’s 17-yard touchdown pass to tight end Colin Peek pushed the lead to 12 midway through the third quarter, running back and eventual Heisman Trophy winner Mark Ingram’s third touchdown run early in the fourth quarter capped the scoring.

Florida’s last major threat was ended on the ensuing possession when quarterback Tim Tebow was intercepted by Alabama’s Javier Arenas near the goal line. Tebow, the 2007 Heisman Trophy winner, passed for 247 yards and rushed for 63 more, but Alabama’s Greg McElroy was more efficient. Ingram rushed for 113 yards in the Alabama victory.

Alabama had sealed up a spot in Pasadena for the BCS National Championship, but its opponent wouldn’t be determined until later that evening, but it came in a thriller. Thanks to a 46-yard field goal by Texas kicker Hunter Lawrence as time expired, the third-ranked Longhorns defeated No. 22 Nebraska for the Big 12 title, 13-12.

The teams combined for just 308 yards and 22 first downs. Both quarterbacks — Colt McCoy for Texas and Nebraska’s Zac Lee — were intercepted three times.

Texas took a 7-6 lead into the locker room, thanks to a 2-yard run by McCoy late in the second quarter. The Longhorns led 10-9 and were driving more than halfway through the fourth quarter when McCoy was intercepted by Nebraska’s Dejon Gomes. With 1:14 remaining, the Cornhuskers regained the lead on a 42-yard field goal by kicker Alex Henery — his fourth of the night.

Down 12-10, Texas took advantage of a kickoff out of bounds as McCoy hit Jordan Shipley for a 19-yard completion, which was aided by a personal foul to move the Longhorns into field goal range. After McCoy was sacked by Ndamukong Suh two plays later, it looked as though Texas had run out of time as McCoy’s third down pass landed out the back of the end zone with triple zeros on the clock; replay however, determined there was one second remaining, setting the stage for Lawrence.

Lawrence had made from 39 yards earlier and calmly knocked through the game-winner as time expired. For the second time in five years, Texas would be playing for the national championship.

McCoy would get hurt early in the BCS National Championship in Pasadena and Alabama would go on to collect a 37-21 victory for its first national championship under Saban. The contests that ultimately determined the match-up took place on this day a decade ago.