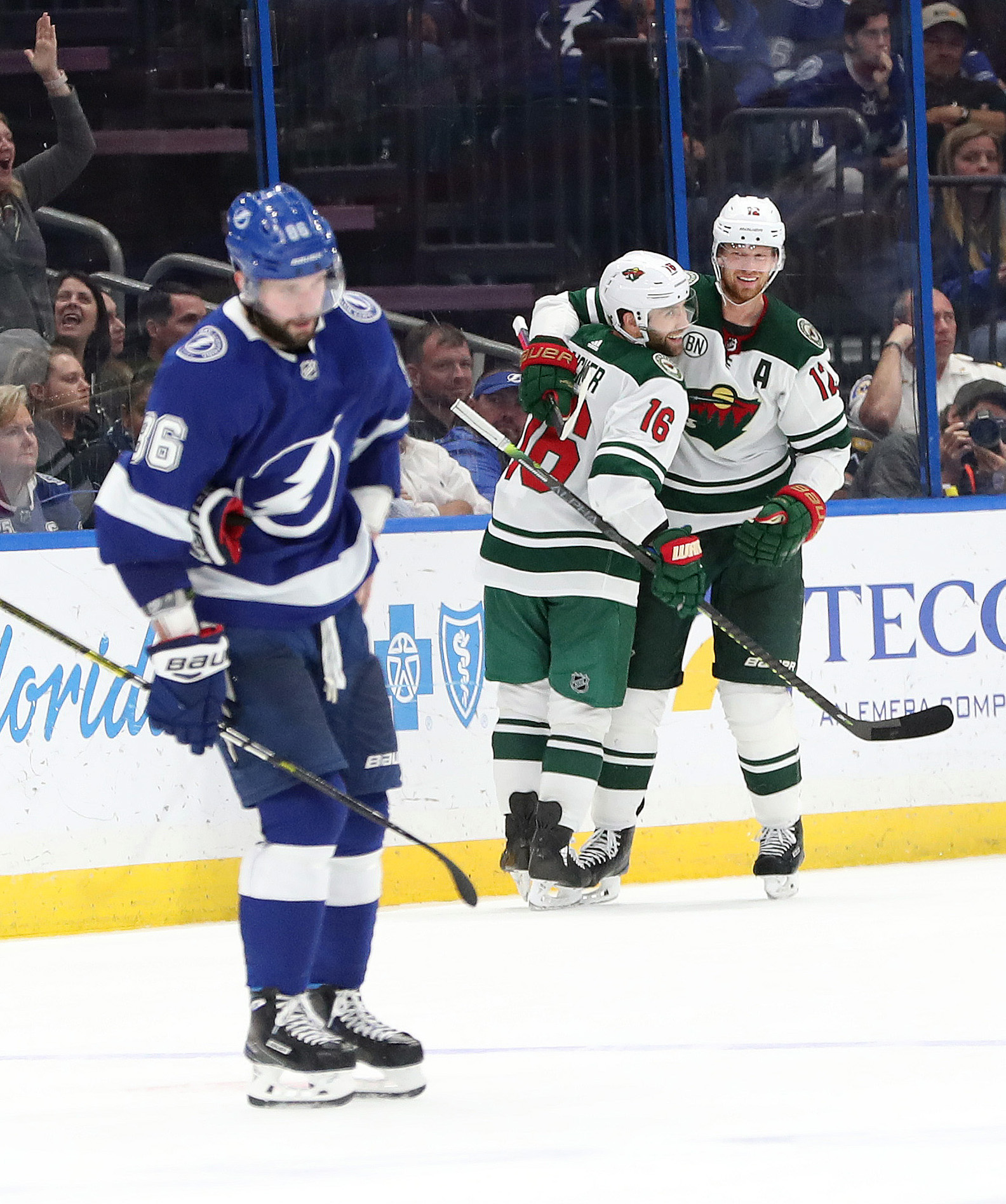 For the most part, the Minnesota Wild have been rather fortunate this season when it comes to serious injuries. Now mind you, there have been a few players who have been banged up for a couple of games here and there like Mat Zucarello. Then there were the longer injuries to Marcus Foligno and Greg Pateryn. Foligno is back in the line up and Pateryn is getting closer to his return every day. And when you think about it, it’s a good thing that Pateryn is getting closer to his return, if Tuesday night’s game was any indication. Now out for the next three to six weeks with a broken hand is Jared Spurgeon. But let’s be honest, Spurgeon and Pateryn aren’t exactly equal when it comes to defensemen. However, Pateryn reminds me a bit former Wild defenseman Nate Prosser, in that he knows his role and will play when he’s asked to do so. Every team needs a player or two like that on their team. A guy who is drama free and does what is best for the team. But perhaps the Wild would be wise to try and acquire Prosser, who was signed by the Philadelphia Flyers in July, and has played 20 games for their AHL affiliate, the Lehigh Valley Phantoms. Trust me, the Wild have made far stupider personnel decisions over the years.

I must say, it’s a bit of a shock to see the lowly Minnesota Wild ahead of the more talented Tampa Bay Lightning. Especially considering that at the end of the regular season last year, the Lightning claimed the President’s Trophy. However, that meant diddly squat, considered they were bounced in four games by the Columbus Blue Jackets. That had to be a bit of a shock to the high flying Lightning, and it has to still smart a bit. Especially considering how this season has gone so far. I doubt any of their fans thought that in December that there would only be two teams behind them in the season. Congrats, you’re only better than Ottawa and Detroit.

When looking at the stats, you can see what it is that has the Lightning in the toilet. Like several teams the Wild have faced recently, Tampa Bay can score goals. No, that’s not the problem. What is the problem, is the prevention of goals by their opposition. This nasty trend is evident in both their overall goals against per game as well as their penalty kill. I wonder sometimes if the recent push for more goals and making the game flashier has harmed the defensive side of the game as well. I supposed I could be a bit biased, as I never had issues with Jacques Lemaire hockey like so many fans and hockey writers around the league did. With some of the recent teams that the Wild have faced, I would love to sit and watch some of those games with Lemaire and get his take on the lack of team defense that we’re seeing a lot of these days. Something tells me he’s kind of glad to be out of the coaching game these days.

The individual numbers by the Lightning look a lot less frightening than they would have last year. They certainly look a lot more human. They’re a team that pretty much anyone can compete with on a nightly basis. Don’t get me wrong, the Wild should still take players like Nikita Kucherov, Victor Hedman, and Steven Stamkos very, very seriously. While their numbers are down this season, they still have the ability to make things happen and make their opponent look silly. Minnesota has the ability to make their opponents look like the best team around. Also, I would take just about any of those players on my roster, albeit not at what they’re currently getting paid.

All I can really hope for, is for an injury free game. This is a team that cannot afford any more injuries, especially of the variety that take a player out for weeks to months. But then maybe we do need some more injuries. This was a team that was starting to make a push, when all they need is to lose far more games than they win in an attempt for a better draft pick. I’m torn, but truthfully, I want the better draft pick.