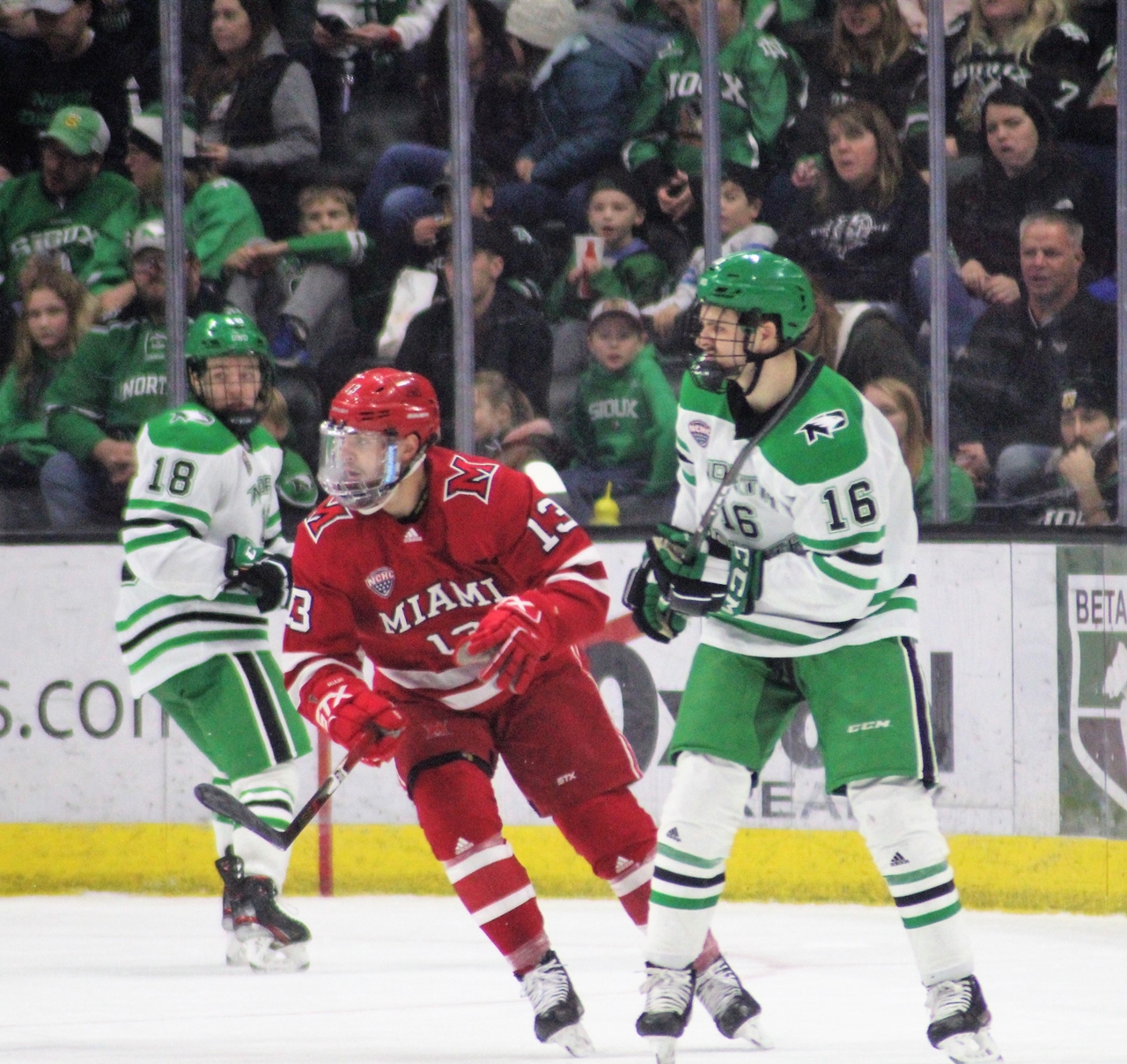 So, if you just woke up from a 10-month nap. You might be in for a bit of a shock. Seriously. You can take a look for yourself. Below are the standings going into the Christmas break. It’s impressive.

I Don’t Think We Left

Back in November after sweeping St Cloud State, UND head coach Brad Berry turned some heads when he was asked if his team was back. His reply.

After watching the Hawks struggle for two seasons, this year has been a breath of fresh air. Once again, UND hockey fans are enjoying watching hockey. Moreover, interest in the program grows with each win. The Fighting Hawks aren’t just gutting out one-goal wins. They’re beating the opposition into submission. The first 17 games of the 2019-20 season have been impressive.

How are they Doing? We now have a body of work to look at. Halfway through the seasons: UND is second nationally in scoring offense 4.18 goals per game. Third in the nation in defense giving up 1.59 goals against per game. UND is second in the nation in scoring margin with +2.59. UND has held the opposition to two or fewer goals in 14-of-17 games.

Comparing UND to other NCHC teams, UND has scored 71 goals, that’s tops in the NCHC. The Hawks next closest competitor is DU with 50 goals. UND also leads the NCHC in goals against with 27. The next closest team is DU with 38. Do you see where this is going? UND leads the league in goal margin with +44. Again, DU is second with 15. No. That’s not a typo. (Link to Stats)

Currently, UND is unbeaten in 13 games, 12-0-1. That’s the nation’s longest current unbeaten streak. Through 17 games, UND has scored eight or more goals three times. Last season, this team couldn’t hit water if they were standing in a boat. Their resurgence is really remarkable.

UND is unbeaten in 13 games 12-0-1 and have scored 8 or more goals three times already this season. This team couldn't hit water standing in a boat last year.

Historically, UND has been a team that has taken a lot of penalties. This season, UND is ranked 46th nationally in penalty minutes per game with 9.5. That leads the NCHC.

Here are the highlights from Saturday’s 8-2 win against WMU.