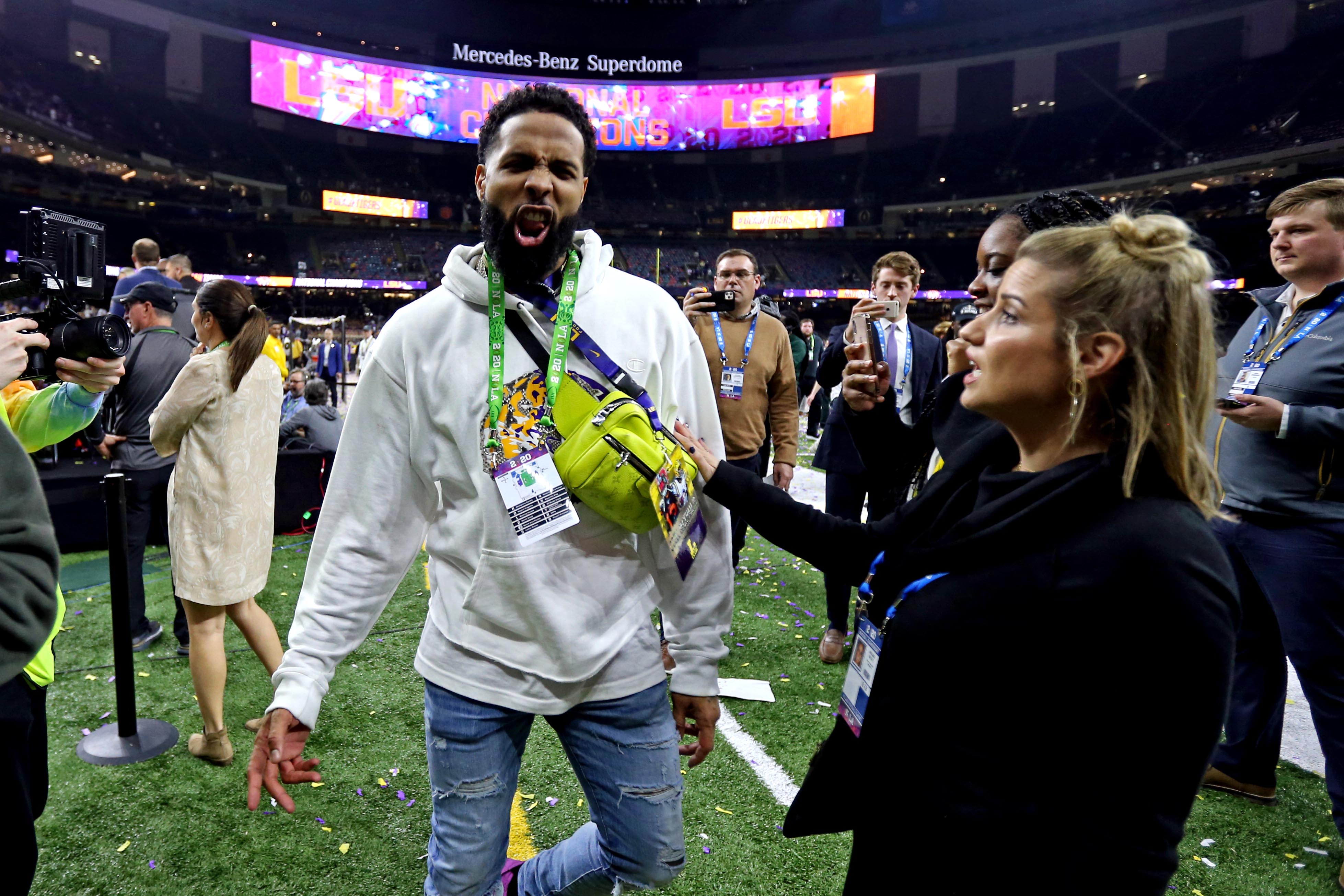 Odell Beckham is in more hot water for his antics following the national championship game on Monday.

The New Orleans Police Department has issued an arrest warrant for Beckham on a complaint of simple battery. Video surfaced this week of the former LSU and current Cleveland Browns wide receiver slapping the butt of a security guard in the LSU locker room following the Tigers’ victory over Clemson.

The New Orleans Police Department has issued an arrest warrant accusing Odell Beckham Jr. of simple battery. Odell slapped an officers behind in the locker room after LSU’s win on Monday.pic.twitter.com/RughGGXLsN

The Browns put out a statement Thursday regarding the incident.

Beckham was also seen handing out cash to several LSU players immediately after the game, which the school is still investigating.

Seems OBJ is not done grabbing headlines even after his season ended weeks ago.