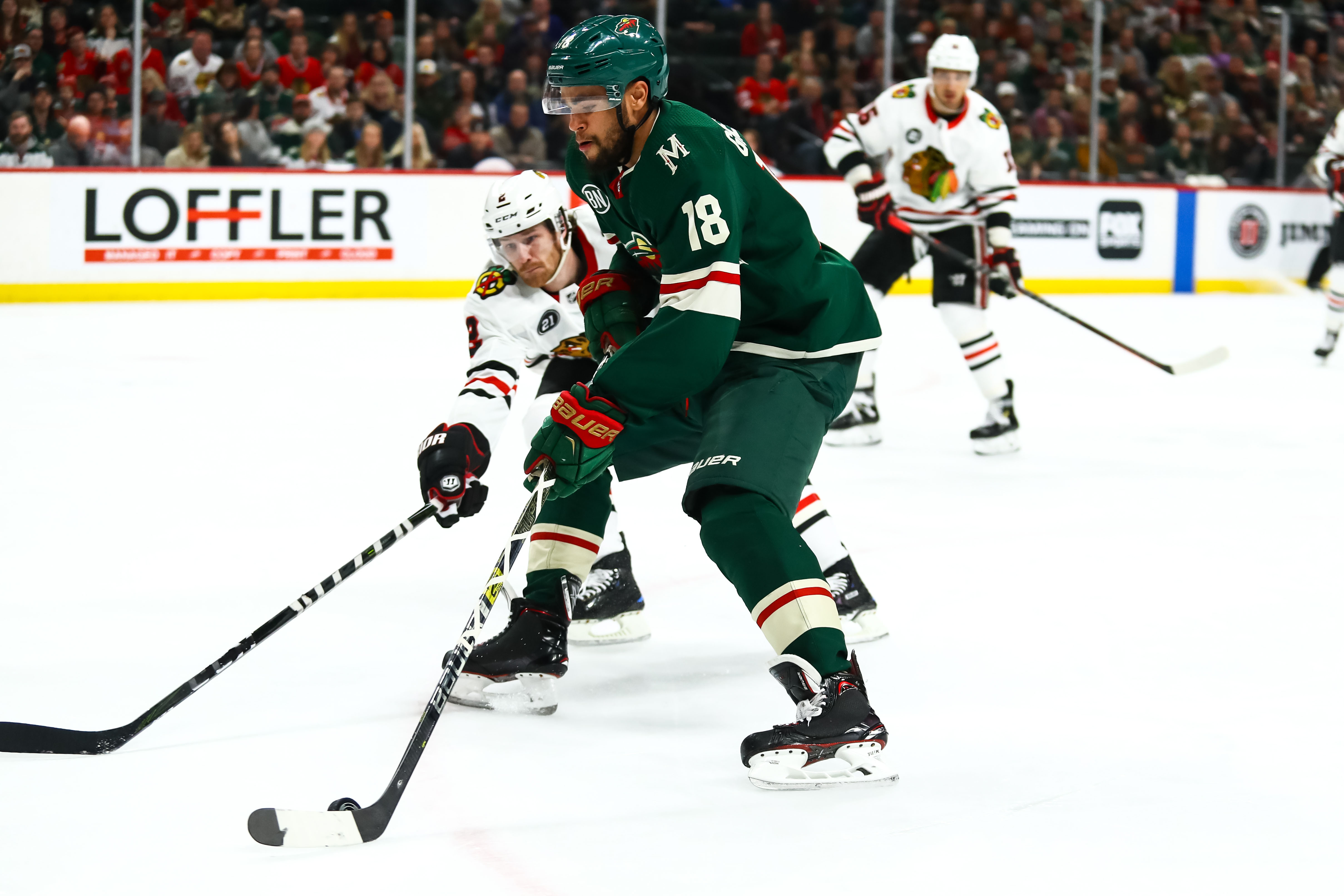 The Super Bowl is behind us and so are the commercials.  The commercial that was voted best was Jeep‘s homage to the 1993 comedy Groundhog Day starring none other than Bill Murray.  It earned rave reviews for their attention to detail which of course helped make it memorable and fun.  Yet like the plot of Groundhog Day it was like re-living the same day over and over.

I think the Minnesota Wild can relate to that feeling.  A season ago, with the team’s playoff hopes steadily fading the team decided to make a bunch of moves to try to change its fortunes.  In a span of about a month, then Wild General Manager Paul Fenton traded away Nino Niederreiter, Charlie Coyle and Mikael Granlund for Victor Rask, Ryan Donato (and a 4th round pick) and Kevin Fiala respectively.  Soon after the moves were made, the Wild made a steady fall out of playoff contention before finishing in last place in the Central Division.

Now Minnesota finds itself at the beginning of what could very well be a make-or-break week.  Starting with tonight’s game against the Blackhawks, the Wild have a chance to climb back towards the Western Conference wildcard or fall a bit farther likely compelling management to be a seller.  Trade rumors are already swirling about, much like vultures around like a rotting corpse.  While that may be a grim comparison, its tough to find much to be hopeful about with a team that just got embarrassed 6-1 in their first game back from the NHL All Star break.  No doubt, Wild GM Bill Guerin‘s phone is probably ringing a bit more often these days and like Fenton, he has some big decisions to make.

Last year, Fenton was largely ripped for his moves where fans felt the team gave away valuable players for a paltry return.  With a year on those deals, some of those trades don’t look quite so one-sided.  Yet a year later, the Wild find themselves at the bottom of the Central Division and a fanbase that is growing more apathetic each game wanting to see the team finally begin a true rebuild and not some ‘on the fly’ temporary fix.

Defenseman and Eden Prairie-native Nick Seeler was put on waivers and picked up by Chicago yesterday.  Seeler had only played in 6 games this season for Minnesota and was a regular healthy scratch as his role had been supplanted by Carson Soucy.  I would not be surprised to see Chicago give their newest player a chance to face his ‘former’ squad.  Chicago has scratched and clawed its way from the bottom of the Central earlier this season to being in 4th place and on the edge of the playoffs.

Led by ‘Wild killer’ Patrick Kane and ‘Captain Serious’ Jonathan Toews, Chicago has tried to rebuild itself on the fly by making trades for young players and giving those youngsters big roles with the club.  Pint-sized sniper Alex DeBrincat, Dylan Strome, Alexander Nylander, Kirby Dach and Dominik Kubalik have gelled into a team that brings speed and skill.  Blackhawks’ Head Coach Jeremy Colliton likes to have his team use its speed to put opponents on their heels.

Defensively, Duncan Keith is still the workhorse with some skilled young puck movers in Erik Gustafsson and Adam Boqvist in Chicago’s top 4.  Connor Murphy brings the size and the reach to frustrate defensively.  Between the pipes, Robin Lehner has taken over as the starter from long-time incumbent Corey Crawford.  I’d expect Lehner to get the start since he helped shut down the Wild the last time the two clubs played.  I would expect the Wild would give Alex Stalock the start after Devan Dubnyk struggled mightily against Boston on Saturday.

1.  Be Solid From the Crease On Out ~ If the Minnesota Wild are to have any chance at all they have to be solid between the pipes and in their own zone.  This is especially true on the penalty kill where a wet paper towel provides more resistance than does Minnesota.  Stalock hopefully will provide the stability and confidence that Dubnyk just doesn’t seem to give the team these days.

2.  Quiet the ‘Wild Killer’ ~ Obviously, stopping Patrick Kane is no easy task otherwise he wouldn’t have 60+ points at this point in the season.  Yet if there is any player the Wild must try to take away or at the very least limit its #88 who seems to have that knack for scoring the momentum-changing goals whenever these two teams seem to play one another.  So if that’s Joel Eriksson Ek or Luke Kunin getting the task to be his shadow then so be it.

3.  Pay the Price ~ Admittedly, I often say this in my game previews but whenever the Wild struggle you often notice the team seems to be allergic to getting bodies into shooting lanes or want nothing to do with the middle of the ice in the offensive zone.  Minnesota must crash the net and get traffic in front of Lehner.  It isn’t easy, and you will take some bumps and bruises in the process but the good teams make those kind of physical sacrifices.  If the Wild really want to claw back towards the race they need to do so now.

What do you think will be important for the Wild in order to earn a victory?  Tell us on Twitter @CreaseAndAssist or in the comment section below.

Tonight’s post gamer is going to be written by Bruce Lange @LangeB1, so you’ll have to check it out!