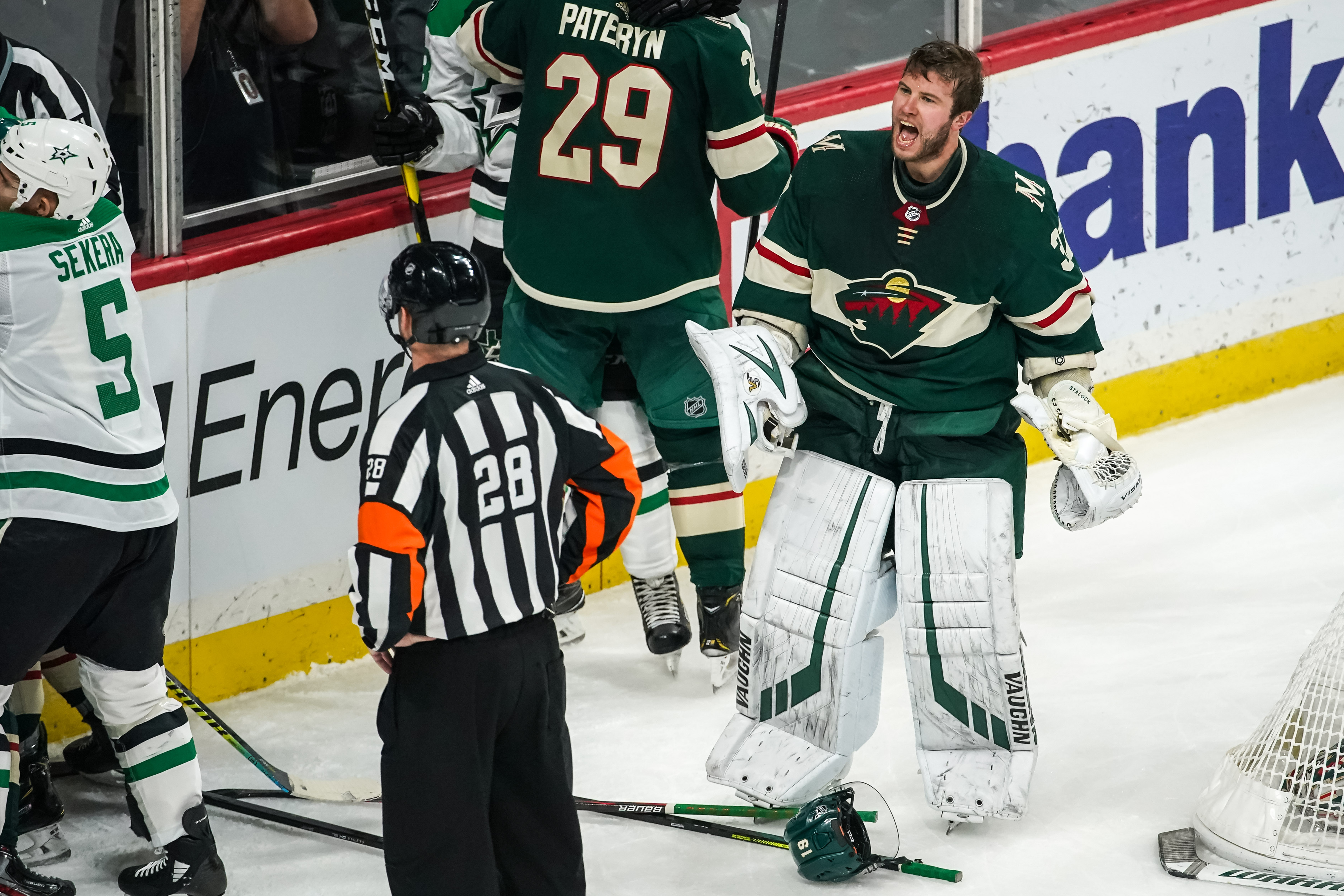 Well since we’re heading into Texas for tonight’s game, it’s only appropriate to dig back into the archives of that longtime PBS program Austin City Limits. Today, we’re heading back to 1988, although for your video gamers, you may recognize this tune from Grand Theft Auto: San Andreas. This little ditty is from the group Desert Rose Band, and when you listen to the lyrics, they speak so much to how we as Minnesota Wild fans have had to deal with in regards to this team. Heck, this song is probably appropriate for Minnesota sports fans in general. Just when you think your team is making progress, they fall down. We love our teams even though they often cause us pain and sadness. This song “One Step Forward” pretty much should be the anthem of not just the Minnesota Wild, but every sports team in Minnesota (well that isn’t the Minnesota Lynx).

Last night’s game against the Vancouver Canucks felt good. Lately, it’s not every day that the Wild can beat a team that leads their respective division. However, I will remind you (as I did yesterday), that while Vancouver leads the Pacific Division, they were in tenth place overall in the National Hockey League. That only goes to show that the Pacific is a weak division this year. And last night’s score could have been much more painful for the Canucks had Jacob Markstrom failed to show up. And it’s clear that it’s Markstrom and Thatcher Demko keeping them in the win column as much as they are. Also, from what I saw of last night’s game (I missed the first three goals), it was nice to see a version of the Minnesota Wild looking to actually score goals. It was also nice to see a Minnesota Wild that looked like they were shoring up their overall team defense. Things didn’t look as much like Swiss cheese as they have recently.

The past two games have definitely been a step forward. But as the song stated, often for every step forward there will be two steps back. And of course, it’s like the absolute in a perfect storm. There’s nothing worse for this team for when things are going right, to make a trip to Dallas. American Airlines Arena has not been kind to Minnesota. So obviously, I have a great feeling of trepidation about tonight’s game. But then I have that feeling about most games this season, so that’s not new. However games against the Stars are bad enough, but when they’re played in Dallas add a whole different layer of concern. Yes, the Wild took it to the Stars 7-0 last month on Hockey Day Minnesota, but that was then and this is now. The Dallas Stars haven’t played since Tuesday’s overtime 4-3 loss to the New York Islanders. They’re a team that can string together a bunch of wins, so Minnesota makes for a perfect launchpad for the Stars to get back to their own string of wins. They’re a team that can take one step back and take two steps forward.

Looking at Dallas’ stats, there’s so much that doesn’t make a whole lot of sense. First off, they’re sitting in second place in the Central Division. To see a team that is in that position but in 26th place when it comes to goals for per game, is simply mind-boggling. Yet, Minnesota is last in the division but in 15th place when it comes to goals for per game. However, this seems like the old adage “defense wins championships” might be the motto this season. While Dallas isn’t scoring much this season, they’re not allowing many goals to be scored on them. What’s also scary is comparing the top five scorers between both teams. The top scorers for each team Eric Staal and Tyler Seguin both have 39 points. But after that, Minnesota’s scorers have more goals than Dallas’. Just like in Vancouver with Markstrom and Demko, it is Ben Bishop and Anton Khudobin keeping the Stars in the win column more than the loss column. They have numbers that I only wish Alex Stalock and Devan Dubnyk had. Honestly, if Minnesota’s goaltending numbers and team defense looked like Dallas’, this would be a team we’d be seriously talking playoffs about. But alas, that is not the case. What we need to be talking about is possible draft position, because this is a team that needs to restock the pantry.

All I can really ask for tonight, is to not have an all out embarrassing showing in Dallas. However, I’m not sure that’s possible, as Dallas may be looking for a little payback for the 7-0 loss in Saint Paul. Plus with them just one point behind Colorado, they will be looking at tonight as a chance to get ahead of one of their divisional opponents in the standings. Since Colorado is off tonight, this is their chance to take their own steps forward, all while Minnesota will most likely take steps backwards.