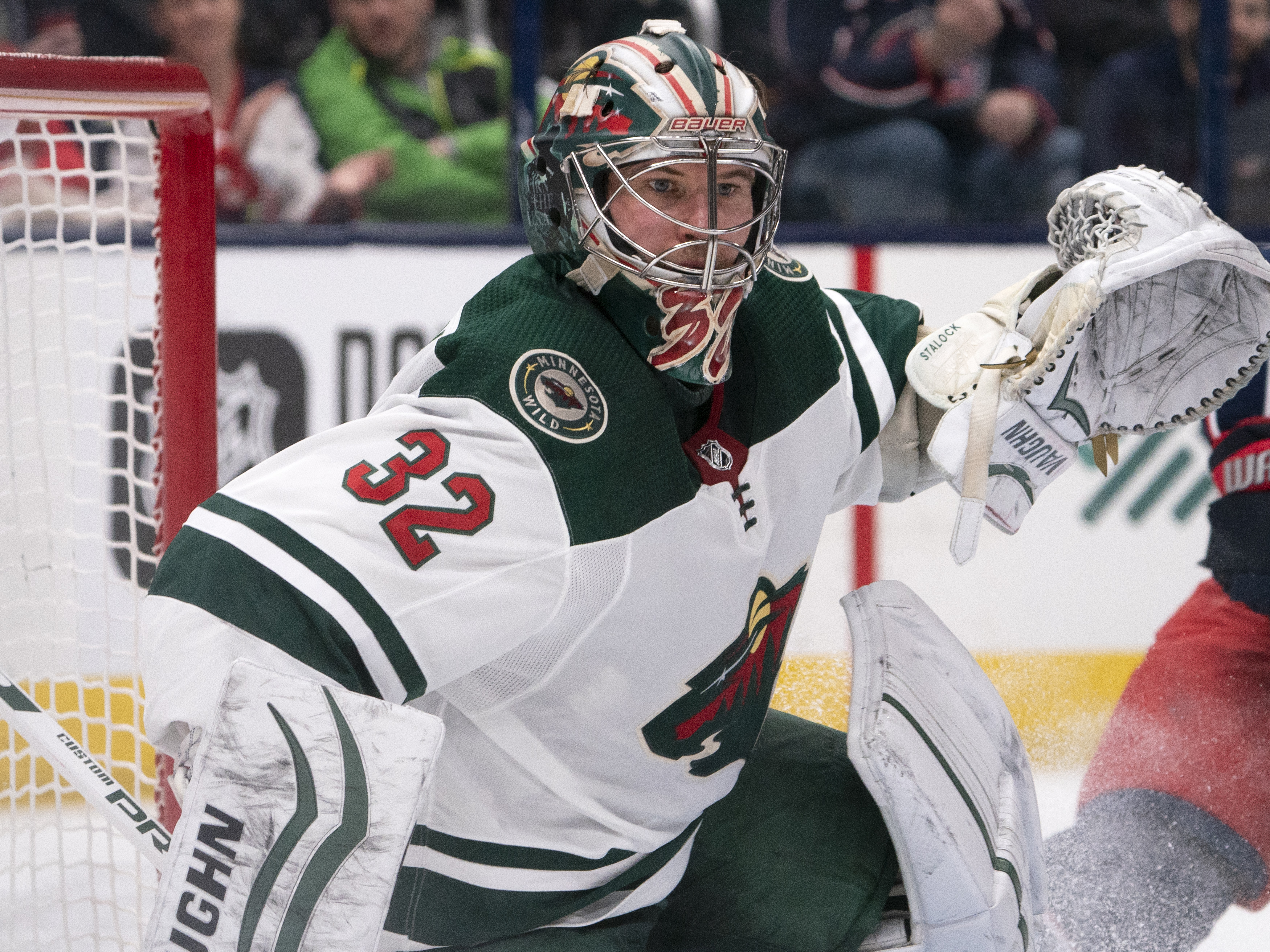 In a battle of two teams that both entered the NHL in the same year (2000), the Wild won in dominant fashion. Stalock made 11 saves in the first period, six saves in the second period and seven saves in the third period. Boone Jenner of Dorchester, Ontario led the Blue Jackets with five shots on goal.

Zach Parise of Minneapolis, MN led the Wild in scoring with three points (one goal and two assists). Two other Wild players had a multi-point game as Jordan Greenway of Canton, NY had two assists and Kevin Fiala of St. Gallen, Switzerland had one goal and one assist. The other Wild goal scorers were Jared Spurgeon of Edmonton, Alberta, Joel Eriksson Ek of Karlstad, Sweden and Ryan Hartman of Hilton Head Island, SC.

Stalock is enjoying a career season with Minnesota and has clearly taken over number one goaltending duties for the Wild, who have moved away from Devan Dubnyk of Regina, Saskatchewan. In 34 games, Stalock has a record of 18 wins, nine regulation losses and four losses in extra time, four shutouts, a goals against average of 2.60 and a save percentage of .910.

When it comes to goaltending for the Blue Jackets, they are clearly missing their rookie sensation Elvis Merzlikins of Riga, Latvia. Merzlikins, who has not played since Monday after being run into by Anthony Duclair of the Ottawa Senators, is out with an undisclosed injury. On Friday, Joonas Korpisalo of Pori, Finland, who is coming back from an injury himself, played poorly as he gave up four goals on 15 shots.

The Wild, who have now won three straight, improved to a record of 32 wins, 25 regulation losses and seven losses in extra time. At 71 points, they are one point back of the Winnipeg Jets and the Nashville Predators for a playoff spot in the very tight Western Conference.