Beijing 2022: Are NHL players set to return to the Winter Olympics? 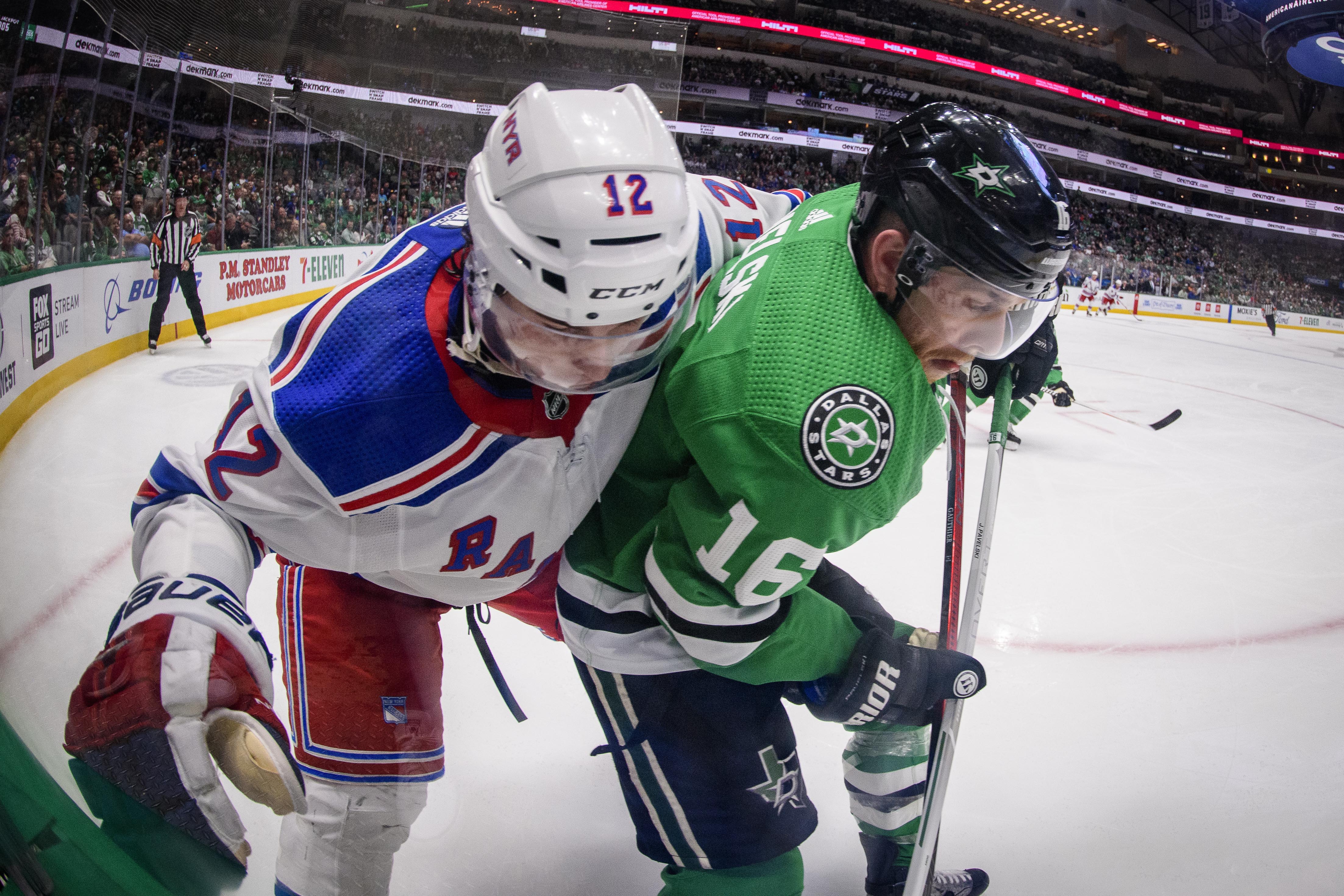 Beijing 2022: Are NHL players set to return to the Winter Olympics?

NHL players are undoubtedly the biggest ice hockey stars in the world, and have been allowed to compete in the Winter Olympics since 1998. After taking part in five events, this all changed in 2018 when the NHL decided not to send its players to the tournament in Pyeongchang, South Korea. This controversial decision was widely condemned by ice hockey fans and the National Hockey League Players’ Association (NHLPA) at the time, but recent reports suggest that the NHL may be about to reconsider its stance.

Sportsnet reporter Elliotte Friedman took to Twitter on 9 February 2020 to announce news of talks between the International Olympic Committee (IOC) and the International Ice Hockey Federation (IIHF). The two parties had discussed the NHL’s concerns over Olympic participation and expressed interest in sending players to compete in Beijing in 2022. This was an incredibly surprising development given that neither side had suggested cooperating before this. If these negotiations do win over the NHL, ice hockey’s best talent could return to the biggest sports event in the world and showcase the game on a global scale once more.

Why did NHL players not compete in 2018?

Though the IOC previously covered expenses like travel, insurance and accommodation on behalf of the NHL, it refused to do so for the 2018 tournament. IIHF president Rene Fasel offered to pay up to $20 million for Olympic participation, but NHL commissioner Gary Bettman said he’d rather use these funds to grow the sport at grassroots levels. As noted by Sports Intel, “the League doesn’t get any significant return on its investment—not even signage or the use of Olympics coverage on the NHL website”. As such, there was no clear business benefit in sending players to South Korea.

Another issue was that the NHL would have needed to be put on hold for the duration of the games. This clearly didn’t appeal to the owners and executives in charge of the teams, who also considered the Winter Olympics a huge risk to their assets. For instance, then-New York Islanders player John Tavares missed the rest of the regular NHL season after suffering an injury at the 2014 Olympics in Sochi, Russia.

Prior to the decision being officially announced in April 2017, the NHL had offered Olympic participation to the NHLPA the previous year as part of collective bargaining agreement (CBA) negotiations. This was on the condition that the Players Association agreed to extend the CBA by three years and remove a potential opt-out clause in the fall of 2019. However, this was refused by the NHLPA, though they hoped they’d “still be able to conclude an agreement to go to the Olympics”.

There was bitter dissatisfaction when the NHL announced this would not be the case, a decision the NHLPA described as “short-sighted” leaving players “extraordinarily disappointed”. Ice hockey stars including Carey Price and Henrik Lundqvist also personally voiced their criticism, while Alex Ovechkin of the Washington Capitals vowed to still take part in “the biggest opportunity of [his] life” and play for Russia. Predictably, he was forced to admit defeat in September 2017.

Why could this be about to change?

Though the NHLPA previously rejected the NHL’s attempt to use the Winter Olympics as a bargaining chip in CBA negotiations, the League was keen to try again according to Friedman. However, this was met with resistance from the NHLPA, which questioned why the event should influence negotiations over a new CBA that comes into play seven months after Beijing 2022.

In his write-up for Sportsnet, Friedman reported that “there was a commitment to coverage of charters, hosting, hotels, etc.” in the discussions between the IOC and the IIHF, while opportunities were presented for NHL and NHLPA to use the Beijing Olympic logo and event highlights across their platforms. This is something that wasn’t offered ahead of the Pyeongchang tournament and will certainly address concerns NHL executives had back then. As a result, Friedman is inclined to believe that players will be able to compete once again, as refusal “puts the NHL in position for public flogging”.

The fact that this Winter Olympics is to be held in China rather than South Korea is also hugely relevant for the NHL. In the wake of its decision to abstain from Pyeongchang, the BBC suspected that the NHL could feel differently about the 2022 event: “China is a market which has been coveted by a number of sports because of people reach and commercial opportunities.” The British news organization also noted that NHL pre-season games were held in China 2017, attended by commissioner Bettman. Regular-season and exhibition games are still played in the Asian nation, but as Friedman points out, “there’s zero reason” for this to continue if the NHL are going to waste such a huge opportunity to showcase its talents in Beijing.

After the meeting, IIHF communications manager Adam Steiss wrote in an email that the “discussions were encouraging” but emphasised that nothing had been confirmed and “more work needs to be done”. Deputy commissioner Daly has said that even if the IOC makes all the required concessions, he thinks “Olympic participation in 2022 [will only] happen [as] part of a bigger negotiation with the Players’ Association”.

Allowing NHL players to compete in Beijing could have huge benefits for the sport. Back in 2017, The Guardian’s Joshua Kloke condemned the decision to pull out of Pyeongchang, arguing this could “hurt hockey in the long-term”. “The NHL is still light years away from being a globally recognized league similar to the NBA, and the Olympics are the perfect opportunity to increase professional hockey’s exposure,” he said. “Nothing says rivalry in hockey like Canada-USA, USA-Russia and Sweden-Finland, all of which would feature the world’s biggest stars.” The same is still true, but China’s reach and standing means the opportunities are even greater this time than they were in 2018. Not only will Olympic participation help the NHL’s attempt to grow hockey’s presence in China, but also showcase its quality to the rest of the world.

Another simple but important reason to send NHL players to Beijing is that they want to go. Buffalo Sabres captain Jack Eichel has yet to fulfil his “dream” of competing in the Winter Olympics and told Buffalo News that he would “love to” take part. Teammate Jake McCabe concurred, insisting there is no “better opportunity to market this game internationally than that stage”, while even Sabres coach Ralph Krueger admitted he’d like to see the NHL’s top players in Beijing in spite of the obstacles.

However, there are still negatives to consider. Even if the IOC covers the costs and allows the NHL to use Olympic materials on their online platforms, deputy commissioner Daly is adamant that the disruption to the season means owners are still reluctant to take part. He told NHL.com: “We just don’t see enough material benefit to the league or its business to shut down our sport at a key time in the season, [and] to risk injury to the players who affect or potentially affect the competitive integrity of our season.” Another point of contention is just how much the tournament actually bolsters the NHL’s reputation. Writing for Pro Stock Hockey, AJ Lee commented that even after the 2010 Winter Olympics in Vancouver “with as perfect a showcase as the NHL could hope for”—a Canada-USA final—viewer ratings for NHL broadcasts barely changed. “In other words, the Olympics draws fans of the Olympics”.

Prior to the 2018 event, the NHL announced it wouldn’t be sending its players just 10 months before it started. This meant many nations struggled to prepare competitive teams in time. Now, the NHL has until late August to come to a decision, with the IIHF asking for confirmation before the final three nations qualify for the Olympic men’s hockey tournament.

Author Bio: Syna Smith is a Head of SEO at Backlinksmedia. She is expert on link building.