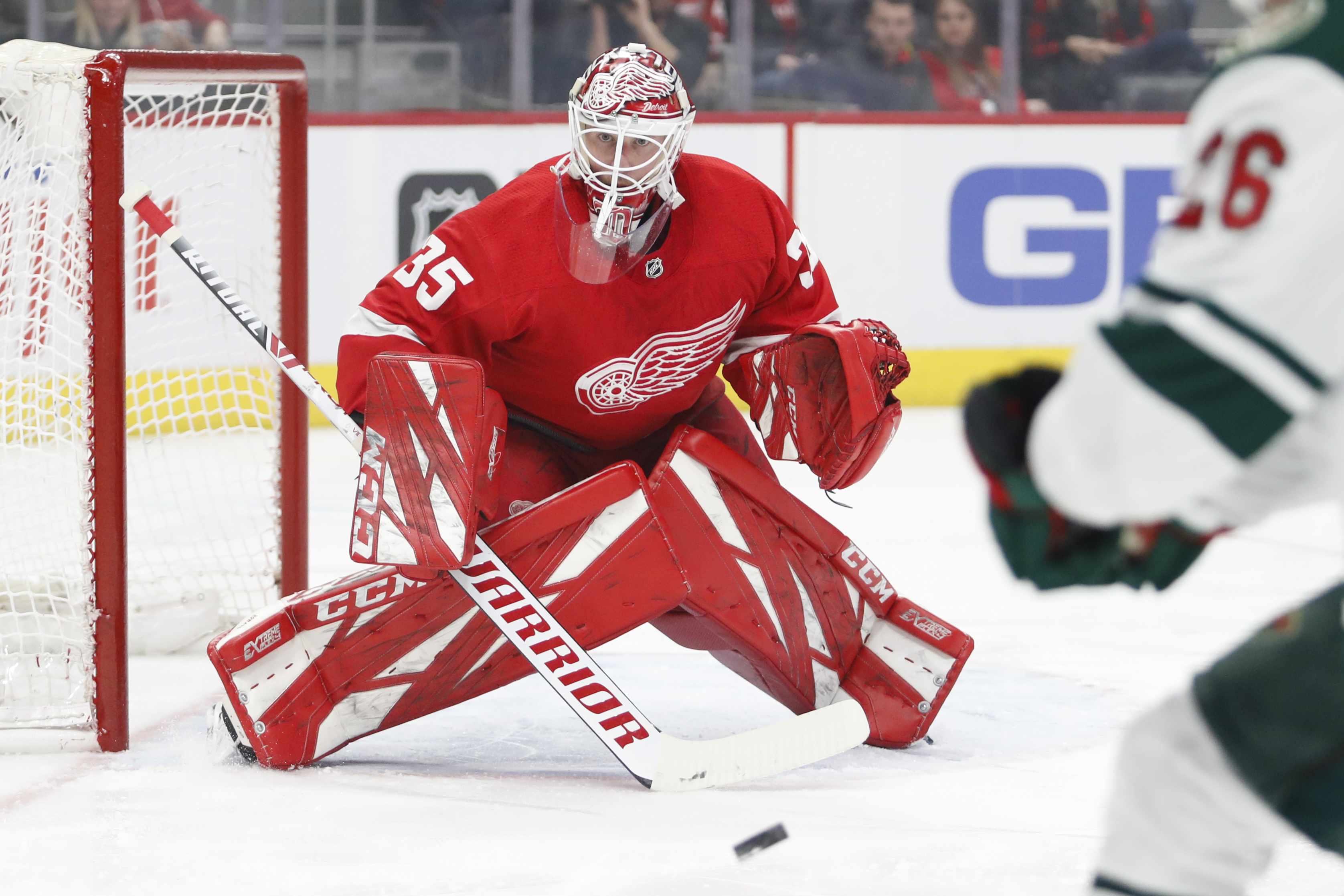 According to Ted Kulfan of the Detroit News on Wednesday, Detroit Red Wings goaltender Jimmy Howard of Syracuse, NY has made a significant financial donation to the coronavirus relief effort. Howard is donating $50,000 worth of masks to the Detroit Medical Center. At this time the masks are expected to go directly to Michigan health care workers.

There is no doubt that the state of Michigan is getting hammered at the moment due to coronavirus. There are currently 33, 966 cases of coronavirus in Michigan and 2,813 deaths. Michigan ranks seventh among all American states in cases and third in total deaths. Only the states of New York and New Jersey have more fatalities.

Howard is one of two Red Wings players who have made a significant contribution to the Michigan medical community. The other is Red Wings center Dylan Larkin of Waterford, MI. According to Kulfan, Dylan Larkin and his father Kevin donated 50,000 gloves to the Detroit Medical Center and the St. Joseph Mercy Health System.

It has definitely been a tough season for Howard on the ice. He has a record of two wins, 23 regulation losses and two losses in extra time. He also has a goals against average of 4.20 and save percentage of .882. It has been by far the worst National Hockey League season of his career.

The Red Wings are also by far the worst team in the NHL this season. They have a record of 17 wins, 49 regulation losses and five losses in extra time for 39 points.