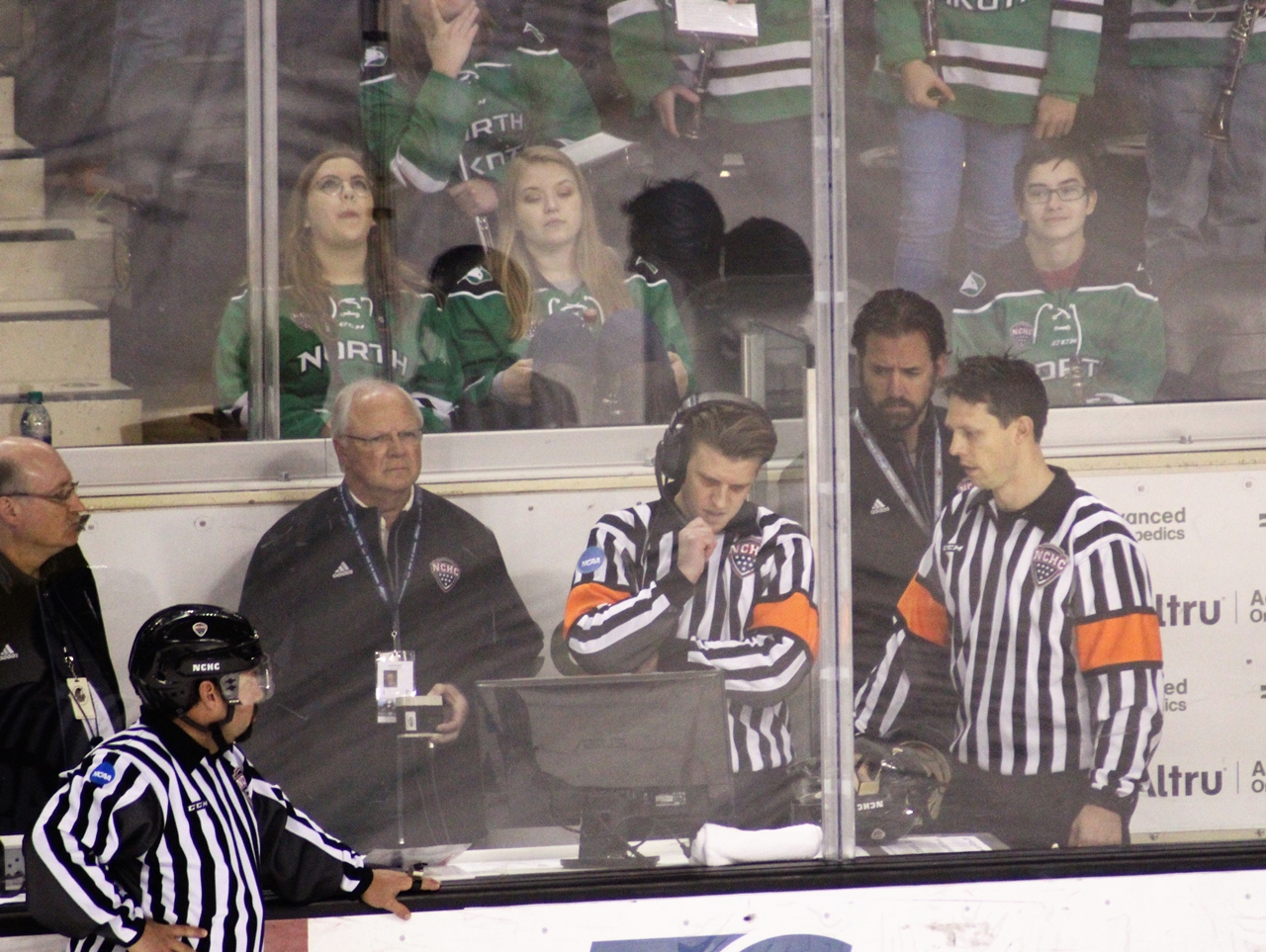 Currently, college hockey’s overtime format is very cumbersome. If a game is tied after a 5-on-5 OT the game officially ends in a tie. Anything after that is solely for the purpose of awarding conference points. Four of the six Division I hockey leagues then move on to a 3-on-3 OT format (Hockey East and the Eastern College Athletic Conference do not). If the game is still tied after the 3-on-3 OT, National Collegiate Hockey Conference games move on to a sudden-death shootout.

During the 2016-16 season, the NHL adopted a five-minute 3-on-3 format to break ties. If the game was still tied, the game proceeded to a three round shootout. NHL games rarely get to a shootout under the 3-on-3 format.

At the All-Star break, 8.2% of games this season have been decided by a shootout, up slightly from 7.9% in the first four seasons with 3-on-3 overtime. (USA Today)

This is what the committee proposed:

Eliminate the five-minute 5-on-5 OT. All teams tied at the end of regulation would play a five-minute, 3-on-3 sudden-death overtime period to decide a winner. If neither team scores, a three-person shootout could be used in conference games or in-season tournaments for advancement purposes.

Regular-season non-conference games that go to overtime, teams would be allowed to play a five-minute, 3-on-3 sudden-death period. If neither team scores, the result of the game would be a tie.

The first question that comes to mind is what will the Pairwise implications look like? From Brad Schlossman of the Grand Forks Herald:

The Rules Committee would first have to approve the new overtime format. Then, the Championship Committee would be the one that sets the RPI parameters. Hashing out that exact formula will be critical in gaining overwhelming support from college hockey’s coaching body.

What Are We Waiting For?

In a perfect world, college hockey should adopt the NHL’s method of breaking ties. With that said, there’re a lot of moving parts. In the past, Hockey East and the ECAC have favored the status quo.

Before we get ahead of ourselves, the NCAA Playing Rules Oversight Panel still has to vote on this proposal. Their next meeting is July 22, 2020. Cross your fingers. It’s well past time for this change to happen. Finally, it would be nice to have a uniform OT policy college hockey wide.

Gauging Interest in Changing to 3-on-3 OT

“Our committee’s job is to do what we believe is best for the game,” said Hilary Witt, women’s ice hockey coach at New Hampshire and interim rules committee chair. “As the game continues to evolve at all levels, we feel it is important for college hockey to evolve with it.”

“For the excitement of the game and the length of the game, we have proposed playing 60 minutes of five-on-five, the moving right into five minutes of three-on-three,” NCHC Commissioner Josh Fenton said. “Our hope is that the Rules Committee can address it.”

“Personally, I think the 3-on-3 would be more entertaining for the fans and it would also enhance the student-athlete experience,” University of Maine head coach Red Gendron said. “A lot of people prefer seeing an outcome [rather than a tie].”

From Matt Wellens of the Duluth News Tribune: “The NHL has been using 3-on-3 overtime periods for five seasons now, and there hasn’t been a tie in the NHL for over 16 years (April 4, 2004). College hockey needs to get with the times and worry about the math of 3-on-3 later.”