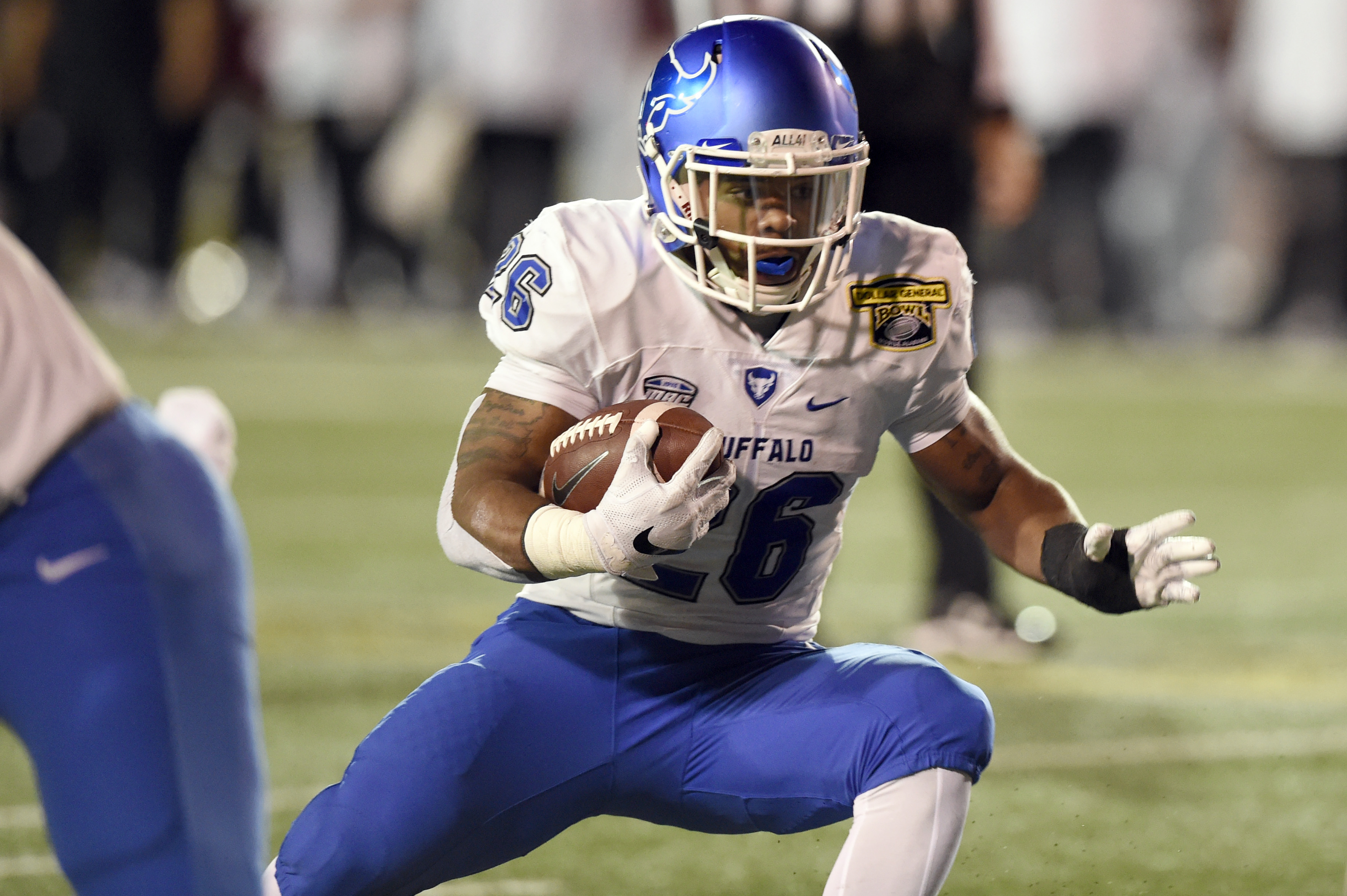 It was an historic game in college football on Saturday, as Buffalo Bulls running back Jaret Patterson of Glenn Dale, MD tied the National Collegiate Athletic Association record for most rushing touchdowns in a game with eight. Patterson achieved the mark in a convincing 70-41 Bulls victory over Kent State.

Patterson tied the record previously set by Howard Griffith of Chicago, IL in a 56-21 Illinois win over Southern Illinois on September 22, 1990. It should be noted that Kalen Ballage of Peyton, CO, had seven touchdowns rushing and one touchdown receiving in a 68-55 Arizona State win over Texas Tech on September 10, 2016.

What made Patterson’s achievement more impressive than Griffith’s was the fact that he had 409 yards rushing, while Griffith only had 208 yards rushing in his performance 30 years ago. Patterson’s 409 yards rushing was only 18 yards back of the NCAA record for most rushing yards in a game. Samaje Perine had 427 yards in a 44-7 Oklahoma Sooners win over the University of Kansas on November 22, 2014.

In the Bulls’ 29-point win over the Kent State University Golden Flashes, Patterson had three touchdowns by the end of the first quarter! He had major scores of three, 31 and 42 yards. Patterson’s first touchdown came 43 seconds into the game to out Buffalo up 7-0. He then put the Bulls up 14-0 at the 3:56 mark, and then scored with 21 seconds left in the opening frame.

In the second quarter, Patterson had two more touchdowns. The first was a 49-yard run at 5:14 of the quarter to put the Bulls up 28-17, and then punched the pigskin into the end zone from one-yard out with two minutes and 17 seconds left in the first half to put Buffalo up 35-17.

Joining the Bulls, there are 12 other undefeated teams in College Football. They are the University of Notre Dame Fighting Irish, Brigham Young University Cougars and Coastal Carolina Chanticleers (9-0), the University of Cincinnati Bearcats and Alabama Crimson Tide (8-0), the Marshall Thundering Herd (7-0), the San Jose State Spartans, the Ohio State Buckeyes, and Western Michigan Broncos (4-0), and the Washington Huskies, University of Southern California Trojans and University of Colorado Buffaloes (3-0).