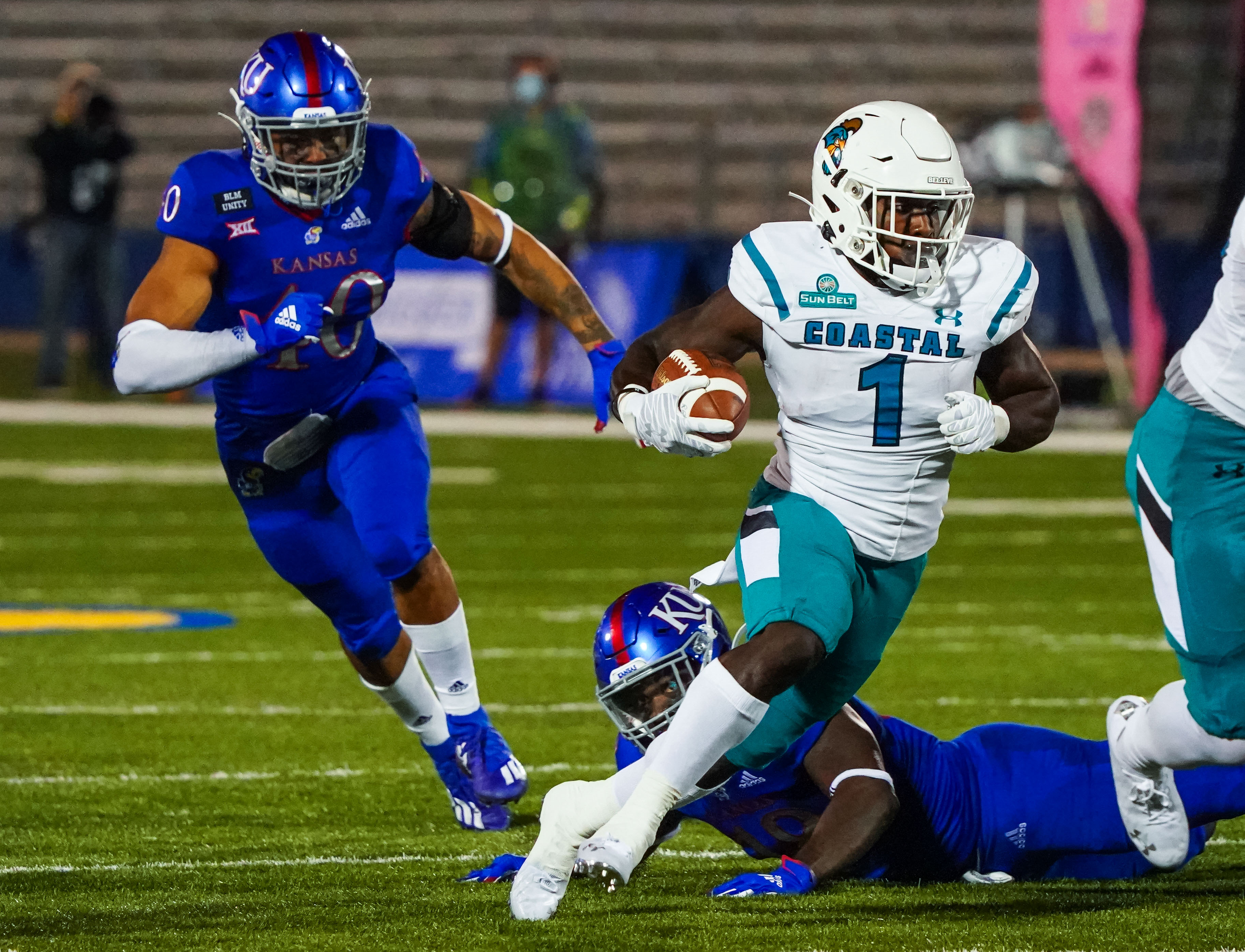 You know it is a bizarre college football season when the level of interest between Coastal Carolina and Brigham Young University outweighed that of Alabama and Louisiana State or Ohio State and Michigan State. However, due to the fact that the Tigers and Spartans have been horrendously awful this season, all of the interest shifted to a non-conference battle between two 9-0 clubs–the Cougars and Chanticleers.

Coastal Carolina was initially to play the University of Liberty Flames. However due to coronavirus cases within the Liberty program, the Chanticleers ended up playing the Cougars instead, and the clubs did not disappoint. Coastal Carolina, who was ranked 18th, knocked off 13th-ranked BYU 22-17, and eliminated any hopes the Cougars had of playing in an elite Bowl game or College Football Playoff semifinal.

In the Chanticleers victory, the star player was running back C.J. Marable of Decatur, Georgia. Marable had 23 rushes for 132 yards and two touchdowns. That was his second straight strong offensive performance, as he previously had 157 yards rushing and three touchdowns in a 49-14 win over Texas State on November 28.

The Chanticleers are now one of two teams in College Football that have double digits in wins and are undefeated. The other is Notre Dame, who is also at 10-0, after their 45-21 win over Syracuse.