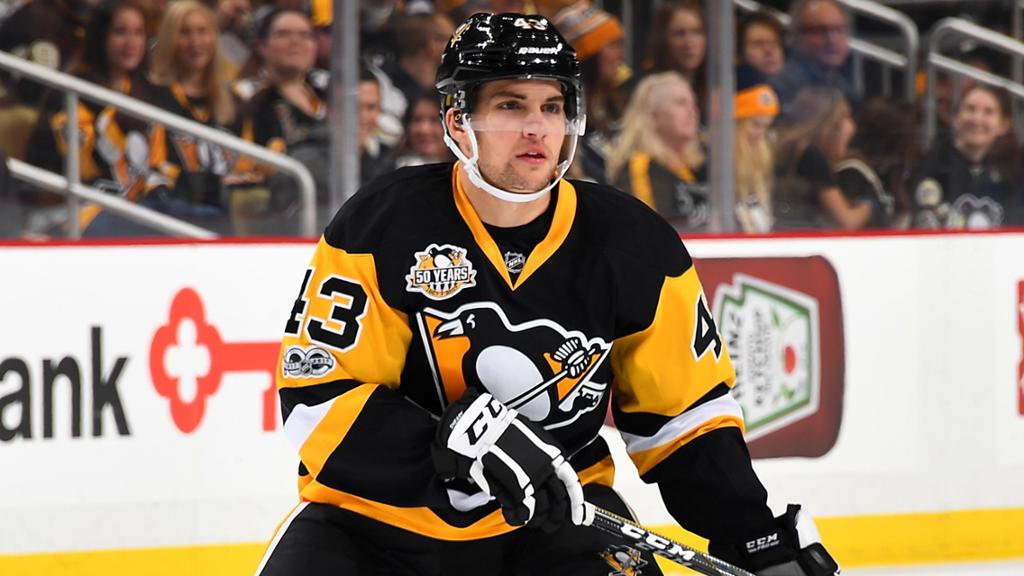 According to Rogers Sportsnet on Tuesday, the Washington Capitals have signed Conor Sheary of Winchester, MA to a one-year contract worth $735,000. Sheary will be joining his third National Hockey League team after playing four seasons with the Pittsburgh Penguins and two seasons with the Buffalo Sabres.

Sheary actually made a return to the Penguins on February 24, 2020, when he was traded from Buffalo to Pittsburgh with forward Evan Rodrigues for Dominik Kahun. Sheary played three seasons with the Penguins from 2015 to 2018 at the start of his NHL career, before being traded from Pittsburgh to Buffalo with defenseman Matt Hunwick for a conditional fourth-round draft pick in the 2019 NHL Entry Draft on June 27, 2018. The draft pick was then used in a subsequent trade with the Arizona Coyotes, as the Coyotes selected Finnish left winger Matias Maccelli from the Dubuque Fighting Saints of the United States Hockey League.

In Washington, it will be interesting to see where Sheary ends up, but the best bet is on the number three line alongside Lars Eller and Carl Hagelin. Like Sheary, Hagelin played previously with the Penguins, as he was in Pittsburgh from 2015 to 2019. Sheary and Hagelin were teammates when Pittsburgh won the Stanley Cup in 2016 and 2017.

In other Capitals news, the Capitals, New Jersey Devils, and Nashville Predators will be having advertising on their helmets this upcoming season. The added advertising is being implemented due to offset financial losses due to the coronavirus pandemic.

Meanwhile in other NHL news, changes have been made to the offside rule this upcoming season. Under the new rule, a player’s skate now just has to break the plane of the blueline, in order to be considered onside.