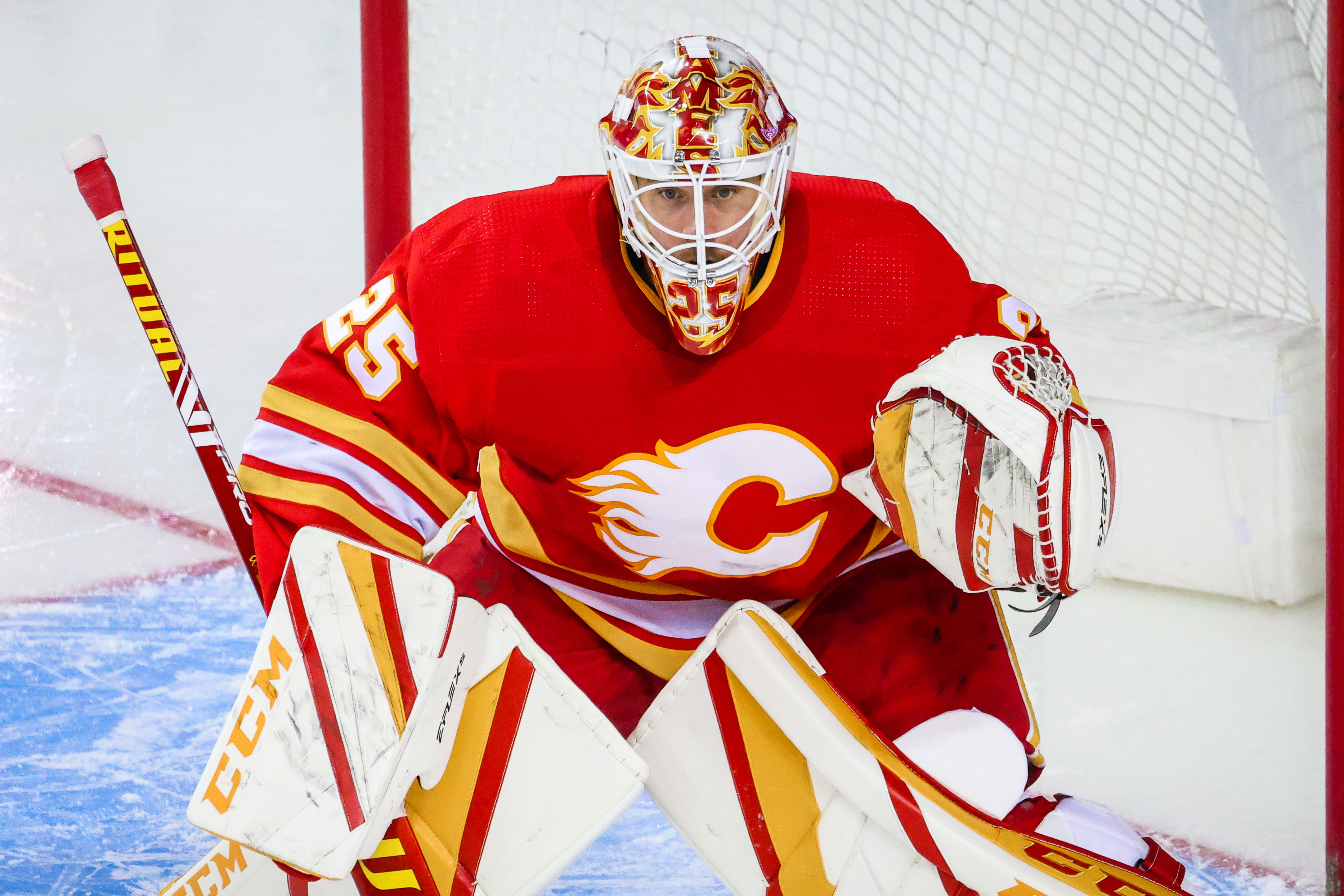 Jacob Markstrom was one of the biggest names in National Hockey League free agency in the offseason. Due to the fact the Vancouver Canucks decided to go with the tandem of Braden Holtby and Thatcher Demko, their previous number one goaltender Jacob Markstrom was expendable, and the Canucks’ North Division rival, Calgary Flames picked him up and signed him to a six-year deal worth $36 million.

On Saturday night at the Scotiabank Saddledome in Calgary, Markstrom got immediate revenge against the Canucks. He was simply brilliant, as he made 32 saves in a 3-0 Calgary win over Vancouver. Markstrom had 11 saves in the first period, 10 saves in the second period, and 11 saves in the third period for his sixth career National Hockey League shutout. Three Canucks led the team with four shots each. They were right winger Brock Boeser of Burnsville, MN, Quinn Hughes of Orlando, FL, and Elias Pettersson of Sundsvall, Sweden.

Offensively for the Flames on Saturday, Calgary was led in scoring by left winger Matt Tkachuk of Scottsdale, AZ, who had two points (one goal and one assist), and led both teams with five shots on goal. Calgary also got goals from Dillon Dube of Calgary, Alberta, and Sean Monahan of Brampton, Ontario.

It was also a strong bounce-back game for Markstrom on Saturday, as he was in between the pipes for the Flames on Thursday against the Winnipeg Jets. In his opening game of the 2021 National Hockey League regular season, Markstrom made 30 saves in a 4-3 Winnipeg win. The Jets got an overtime winner from Patrik Laine of Tampere, Finland.

After two games this season, Markstrom has a record of one win, one overtime loss, and one shutout, with a strong goals against average of 1.98, and a save percentage of .939. The Flames play the Canucks again in Calgary on Monday.