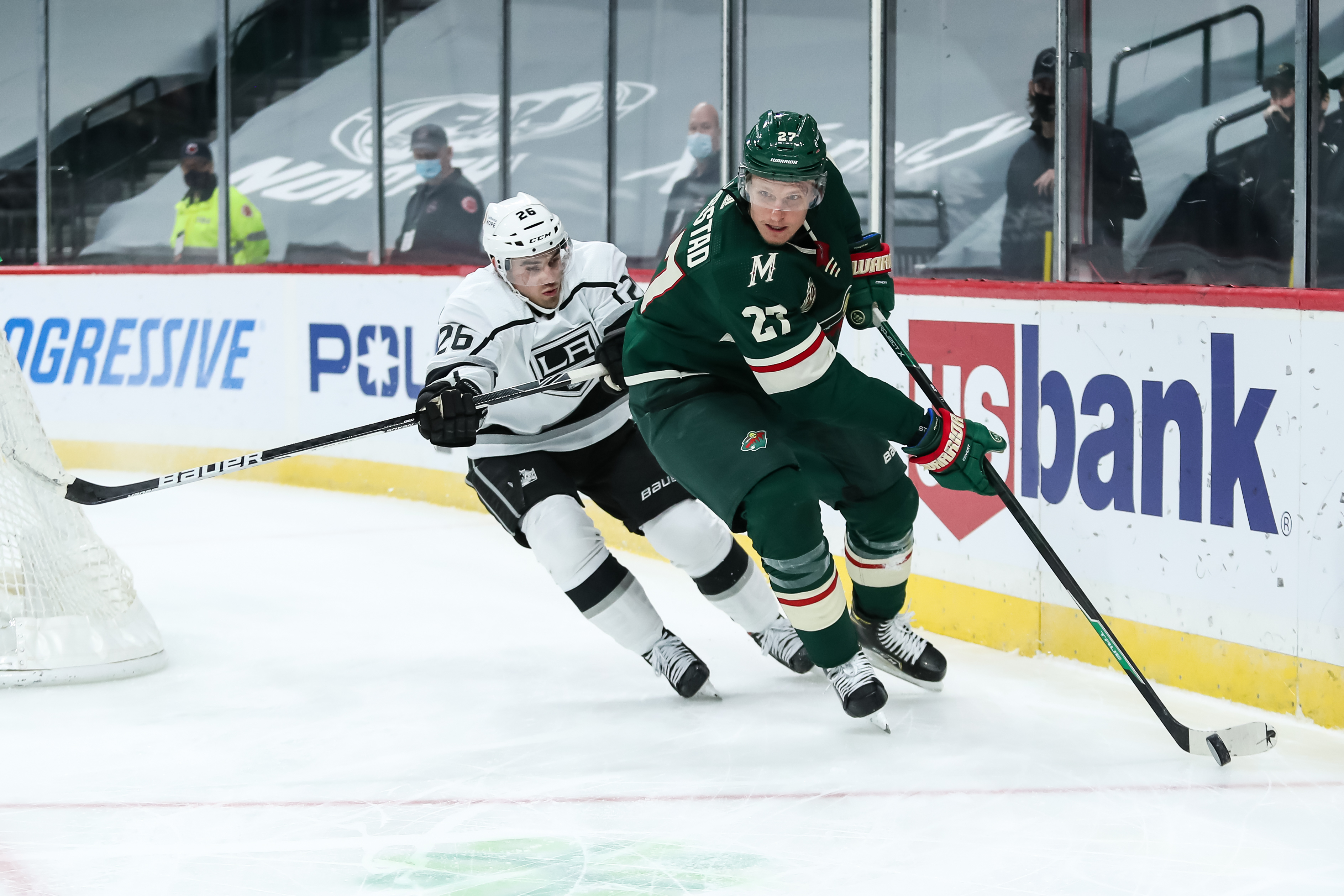 2020-2021 has certainly felt like a real life version of Groundhog Day. We never finished the regular season last season. Then did a weird, late version of the playoffs. Then went on hiatus to start a new season in mid-January. And then there is where we are now. Everything seemed to be fine, until Wild players started dropping like flies due to either illness from Covid-19 to exposure. At one point, the Wild had twelve players on the Covid-19 protocol. The New Jersey Devils had 19 players out while Minnesota was going through its own battles. With that number of players out between just two teams, the NHL has had to modify and strengthen its rules. Personally, I believe this was a little of too little, too late by both the league and the Minnesota Wild. As a person who is still struggling with after effects of Covid-19, I was a beyond miffed that during the first scrimmage, there in the press box, were Kevin Falness and Ryan Carter doing the broadcast for the YouTube livestream. Neither were wearing masks nor were they socially distanced. Everyone else sitting in the pressbox was wearing a mask. I knew when things were already so lax, that it was only going to be a matter of time before there was an outbreak on the team. I mean, this is the same team who a few years back dealt with a mumps outbreak. I’d also like to point out, that the Minnesota Wild have either privated or deleted that first scrimmage from their YouTube channel. The second scrimmage is available to view. Of course during that scrimmage, there were no shots of anyone in the pressbox like there were during the first. Nope, nothing suspicious about that.

Now, there was definitely time between that scrimmage and when the Wild were out of action. The first casualty of Covid-19 was Marcus Foligno. He believes he contracted from the Los Angeles Kings. This means he then exposed his teammates and then exposed the Colorado Avalanche. It just takes one person to ultimately take out many. Foligno is however cleared to play and is amped to get back into action. Trust me, I get it. When you’re knocked down that badly by an illness, you’re excited to get back to your normal life, no matter how exciting or mundane it may be. With as many players who have been out, with varying degrees of illness, it is definitely timely that some injured players are coming back. Love him or hate him, but Mats Zucarello will be making his season debut tonight. Another player coming off Injured Reserve is defenseman Matt Dumba. I feel a bit “meh” about Zucarello, but getting Dumba back will definitely help. Yet, even with Dumba’s return, we’re still going to see a new face on the blueline, that being Calen Addison making his NHL debut.

The taxi squad is seeing a bunch of changes as well. Minnesota has also recalled goaltender Andrew Hammond, forward Luke Johnson, and defenseman Dakota Mermis to see action tonight. To then refill the taxi squad, they have reassigned goaltender Dereck Baribeau, forward Joseph Cramarossa, and forward Mason Shaw. They had been activated in order to fill the practice rosters when the team was allowed to practice again. Now bear in mind, I’m writing this on Monday night, so a lot can change between writing this and the puck drop. That’s the craziness of this all. I think just about every team south of the 49th Parallel never knows what is going to happen on a daily basis. With that in mind, it is absolutely imperative that the Minnesota Wild do everything they possibly can do to make up lost time. For obvious reason, they’ve slipped in the standings. One could say, the Wild lucked out, and get to make their (hopefully triumphant) return with games against Los Angeles and Anaheim. Life could have been much, much worse. They could have had to face Saint Louis or Vegas. Mind you, they do have two games against the Blues to make up. It’s probably a good thing that next week, Minnesota has a five-day break. I have a feeling, the NHL is going to schedule some makeup games during that time.

If there was one area of the game that needs to have a Renaissance, this would be the time. Of course, you would need to have spent this season living under a rock to not know what area I’m talking about. For myself, I would be beyond happy to finally see a power play that gets the job done. It feels like they figured out their issues with the penalty kill that they had last season. However, it almost feels like it is at the expense of the power play. Yet, seeing a finally successful power play is going to be a struggle tonight. Right now, the Los Angeles Kings have a fairly successful penalty kill. The Kings have a young, quick team with a few of their old guard (Anze Kopitar, Drew Doughty, Dustin Brown, and Jeff Carter) to make things difficult for the opposition. Sure, it hasn’t really helped them in the standings, but if they can find a way to turn things around, the Kings could be dangerous. Minnesota’s penalty kill will need to be pretty much flawless, as the Kings’ power play is in the top half of the league. I think they’re up for the task on the penalty kill more than the power play.

Like most nights this season, I have absolutely no idea how this game is going to go. I feel like I can’t trust the schedule. Just when things get going, they stop. And when they start back up again, it feels like you’ve had to start your day all over again. So my suggestion, just go with the flow. At this point, it’s all we have left.