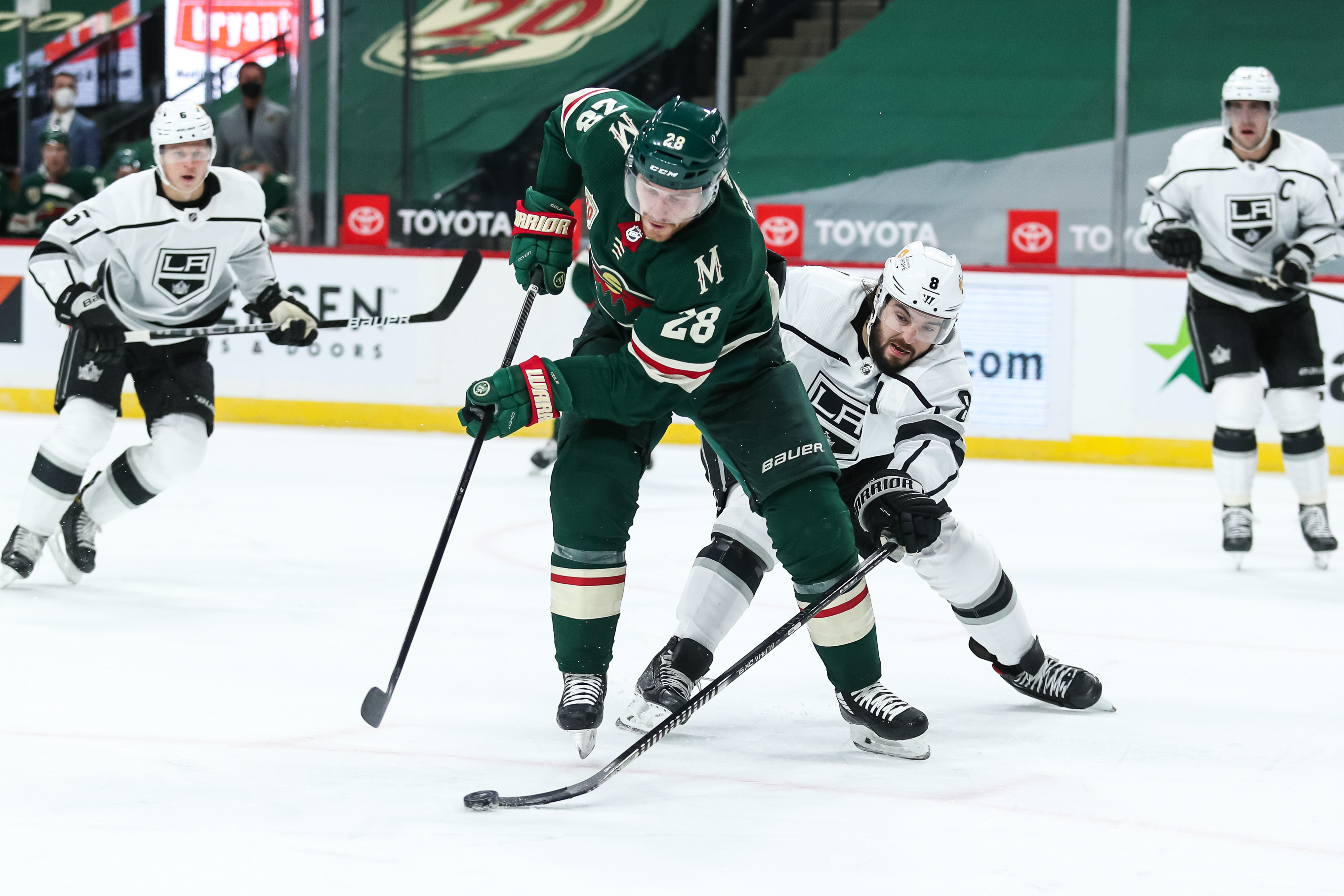 You know the old saying “the truth hurts”? Well it appears that it came home to roost and finally, FINALLY this team heard the truth and did something about it. During yesterday’s morning skate, head coach Dean Evason noticed some things that he didn’t like. This is a team, that based on past history, tends to “lay an egg” in the first home game after a lengthy road trip or after an extended break from play. Considering the momentum on their side, and the swing a win or loss against Los Angeles could and would cause, it was time for this team to hear the truth. I’m probably going to be a little more caustic in my truth telling though. That 4-1 roadtrip, while nice, wasn’t exactly a harbinger of even more success. The lone loss came to our current opponent. The wins came against Anaheim, San Jose, and Colorado. Again, Colorado was the lone, true threat. They have yet to face any real threat. If the Minnesota Wild are serious about making the playoffs, there is little to no chance of backing into the playoffs like they have in many years. Vegas, Saint Louis, and Colorado won’t allow for that. So boys, while you’ve had success recently, you don’t have the talent to phone in a win. Get your heads out of your posteriors now.

Yet while a hefty dose of truth telling is needed with this team, there still are positives. Watching those three goals in just over three minutes. The opening goal by Kirill Kaprizov was a thing of beauty. When was the last time (if ever) this team had a wrap around “specialist”? He almost pulled off the same move in Colorado, so it was great to see him rewarded. Not only are we seeing him pull off moves we’ve wanted to see this team do forever, but his ability to maintain the puck under less than ideal situations is mind blowing. The way he was able to hold unto the puck, skate backwards, then do a blind pass off of a spin to Ryan Hartman in Denver still has me shaking my head. I am continually amazed at his ability to simply look for the goal, however it doesn’t matter if it’s him or a teammate scoring the goal. I feel like he’s able to look at the situation and just knows either where he or a teammate is going to be and he makes the appropriate move. He doesn’t pass just to pass. He passes the puck with a distinct purpose. I can only hope he sticks with “his game” instead of letting other players get into his head. Perhaps when certain vets try and tell him what to do, he’ll get that blank “I don’t speak English” or “I don’t understand” look on his face, and goes back to what he’s doing (and works).

What’s a Minnesota Wild roster without a goaltender controversy? It’s been a while since we’ve had one. Back in the day, it was “is Manny Fernandez or Dwayne Roloson the number one goalie?” Then there were all the goaltending prospects we went through: Matt Hackett, Anton Khudobin, Josh Harding, and Darcy Kuemper. Well it looks like we’re bound for a new goaltending conundrum. Anyone remember that we have a goaltender named Alex Stalock on the roster? I know for myself, I’ve kind of forgotten about him, as he’s been out all season, and Cam Talbot and Kappo Kahkonen have backstopped this team quite well. It seems like prior to the season’s start, it was anticipated that Kahkonen was supposed to be the goaltender assigned to the taxi squad. Well that didn’t happen. And then when Talbot went down with a combo injury and Covid-19 protocol (even checking himself into a hotel to protect his family), Kahkonen has been impressive. Well here’s where the controversy comes. It seems that Stalock is skating again. When he’s fully cleared, he will most likely make his return with a conditioning stint in Iowa. But when that limited conditioning stint is complete, where does he fit into the roster? The coaching staff and front office will need to decide whether to carry three goaltenders on the active roster or put Stalock on waivers to attempt to assign him to the taxi squad. While he hasn’t played this season, I would imagine he could be an attractive option to another team in desperate need for a backup goaltender. If it was my choice, I would probably hope that the Wild just keep three goaltenders on the active roster, because with this season, you never know what’s going to happen.

I would like to see the Minnesota Wild come out and start the first period like they did last night. However, I would like to see more of that first period play during the rest of the game as well. Again, this is a team that almost stubbornly refuses to play a 60-minute game of hockey. Too often, we get only a 20-40 minute game, which then bites them in the but. Then we’re left with platitudes and cliches by the players in the post-game interviews. I will say though, when you’re winning, you get fewer of those pathetic comments. So perhaps that’s another thing going for Kaprizov. If he keeps playing like he has, it inspires his teammates to play better and then they can talk about their teammate in those interviews.