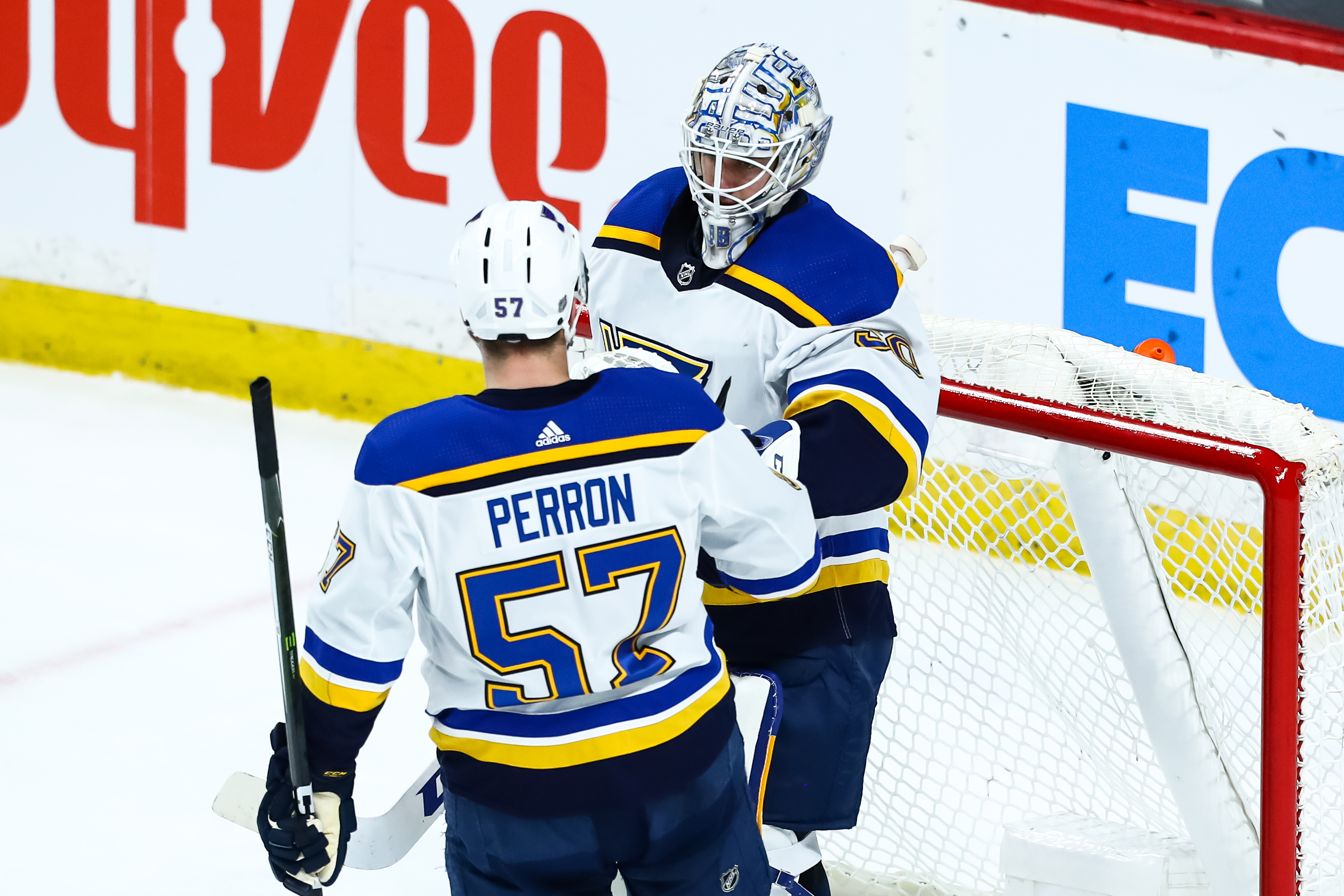 We’ve all been there, at work and waiting for the day to be over so you can start off the weekend or a vacation.  You watch the clock, you hope the day goes fast so you can enjoy your extra day(s) of freedom.  For the Minnesota Wild who have been playing almost every other day for a solid month they are looking forward to what will be a 3-day respite.  I can imagine it will be a challenge for them to not be looking at the upcoming break instead of what is directly ahead of them which is a game against the well-rested St. Louis Blues.

It is strange to be over halfway through the season to finally be playing against St. Louis for the first time this season.  The Blues are just 4 points behind the Wild and Minnesota wants to do all it can to keep its lead.  Every game between them is an opportunity for a 4-point swing.  Its a big game, and there is all the incentive in the world for Minnesota to be motivated for it.  Or, will the allure of a break help create a lack of focus?  Minnesota’s toughest opponent might be one between the fatigue of their bodies and mind as much as the Blues.

The Blues themselves have made some changes since the last time these two clubs played over a year ago.  The big bruising defense has become smaller with a greater emphasis on mobility.  South St. Paul’s Justin Faulk has been having a terrific season for St. Louis and along side former Boston Bruin Torey Krug the Blues this pairing is solid at both ends of the ice.  Marco Scandella and Vince Dunn are on the Blues 2nd pairing as injuries have forced some reshuffling for Head Coach Craig Berube.  Robert Bortuzzo will provide the physical play and agitating style that has been a St. Louis hallmark for years.

Up front, Vladimir Tarasenko has returned from injury but the Blues veterans have performed reasonably well in his absence as David Perron, Brayden Schenn and team captain Ryan O’Reilly lead the way.  Youngster Jordan Kyrou is shifty and has a terrific release.  So their top six is reasonably dangerous offensively.

The Blues’ weak spot has been between the pipes where Jordan Binnington has had his share of struggles and Ville Husso has won games but needs a fair amount of goal support to get the job done.  Part of that might be attributed to the fact the Blues don’t have as many big-bodied gritty defenseman like they did during their Stanley Cup run.

Minnesota is coming off a sloppy effort against the worst team in the Honda West in the Anaheim Ducks.  Poor passing, questionable decision-making by the Wild made for two games that were a lot closer than they should have been.  If Minnesota comes out and plays like they did against the Ducks the last two games they’re going to be looking at the wrong end of a rout.

With alternate captain Zach Parise out on Covid protocol, the Wild had to put Joey Cramarossa into the lineup and the former Wilkes-Barre / Scranton Baby Penguin likes to hit and he did just that Wednesday night doling out checks and even got into a fight.  That might be useful against the Blues who are normally used to taking physical liberties against the Wild.  I liked how Cramarossa consistently brought energy, speed and hits with just about every shift.

The other two bright spots from Wednesday’s sloppy game was the fact Ryan Suter and Jared Spurgeon connected twice on goals.  Minnesota could use some more offense from its blueline; especially with Matthew Dumba still out of the lineup (although there is a chance he may return for tonight’s game) nursing a lower body injury.  The last bright spot was the play of the Wild’s 4th line of Nick Bonino, Nick Bjugstad and Nico Sturm.  The ‘Nic Line’ (called it, I’m trademarking right now) provided good energy and was probably the best group of forwards for the Wild the last two games.  They will need them to play well against the Blues.

Since Cam Talbot has started the last two games against the Ducks, I would guess the Wild will give Kaapo Kahkonen the start this evening.  Even though Talbot has played well, the Wild would be wise to give the well-rested rookie a shot.  It might spark the team to play with a bit more energy to circle the wagons around their young goalie.

So what are three keys to victory for the Minnesota Wild?

1. Move Your Feet & Short Passes ~ Fox Sports Net‘s guest commentator Lou Nanne pointed it out last night that the Wild could help themselves a lot by attempting shorter passes and moving their feet.  The Wild tried too many blind area passes and this led to a lot of turnovers.  If the team is as tired as most think they probably are, that will only tire them out if they have to chase around the ice for pucks against a well-rested Blues team.  Play smarter so you don’t tire yourself out and start taking penalties because of physical and mental fatigue.

2. Simplify your game offensively ~ Part of the sloppiness of the games against the Ducks was the fact the Wild were often guilty of trying to be too fancy with the puck.  The team was rewarded when they worked pucks on goal and that’s the same approach they should take against a somewhat porous Blues defense.  This is especially true for the Top 2 lines; who have gone mostly MIA the last two games.  Kevin Fiala where are you?  Has anyone seen the “Lettuce Line”?  Kirill Kaprizov doesn’t have to turn every shift into a skills exhibition.  If you have a shooting lane or a lane to attack the middle of the ice, do so and put pucks on goal.  They can expect the Blues to try to be physical with this line so being fancy and overhandling the puck is a recipe for disaster.  Keep it simple!

3. No rebounds, circle the wagons ~ Whether Kahkonen or Talbot end up between the pipes tomorrow night, they’re going to need to help the club out by absorbing rebounds.  The Blues thrive on 2nd chance opportunities with their crash-the-net style of game.  That means the Wild defenseman need to be tying up Blues forwards or at the very least looking to sweep away any loose pucks they may give up.  Force the Blues to try to win this game from the perimeter as much as possible.

What do you think the Wild need to do to earn a victory over the Blues?  Tell us on Twitter @CreaseAndAssist!