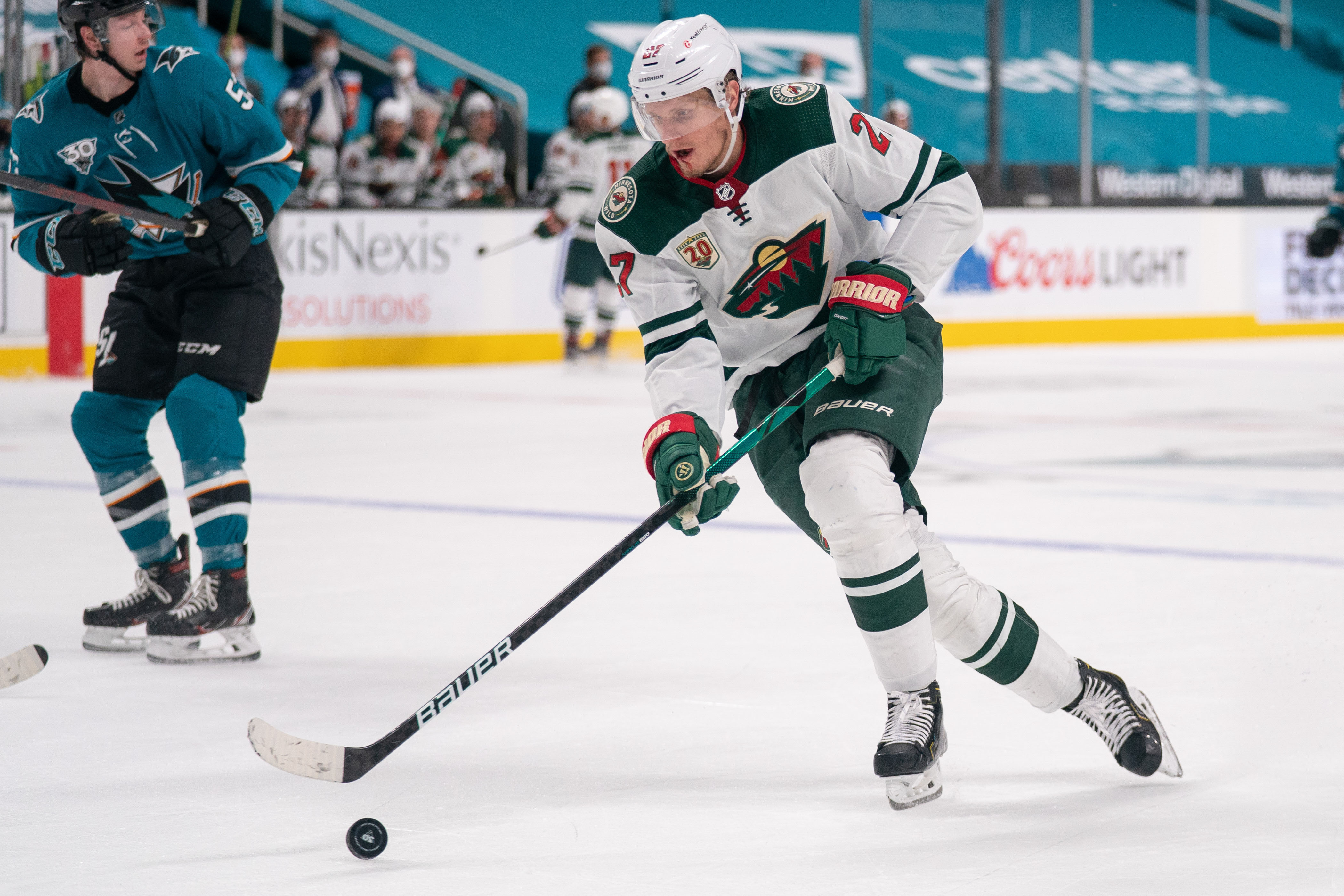 While the Minnesota Wild enjoyed a rare, 3-day respite, it certainly was not a respite for fans all across the state of hockey as the Girls State Hockey Tournament, Boys State Hockey tournament gearing up and college hockey regionals featuring all 5 Minnesota Division 1 programs.  Good thing we had the weekend off eh?

I think like most fans, we’ve spent most of it glued to the TV to watch Minnesota’s college hockey programs battling their way towards the Frozen Four and the action certainly hasn’t disappointed.  Whether it was staying up for the longest NCAA tournament game in history when the University of Minnesota-Duluth Bulldogs won a 5 overtime thriller against North Dakota to punch their ticket for their 3rd straight Frozen Four.  Or watching Minnesota State pull out its own OT heroics with a dramatic 4-3 overtime win over Quinnipiac and then rolling to a 4-0 win against in-state rival Minnesota.

Lastly, it was St. Cloud State rallying after seeing one of their team leaders and former Wild prospect camp tryout Easton Brodzinski getting hurt and scoring 4 unanswered for a 4-1 win over Boston College.  Will that mean the Wild could see top prospect Matt Boldy in a Wild uniform soon?!?!  The Athletic’s Michael Russo thinks Boldy may opt for an Amateur Tryout with the Iowa Wild instead of burning the first year of his entry level deal.  I am sure the Iowa Wild would greatly appreciate the extra infusion of skill up front.  Either way, congratulations to Minnesota State, St. Cloud State and the University of Minnesota-Duluth on advancing.  So its back to work for the Wild as they go on a 4-game road trip.

Minnesota called up Luke Johnson from Iowa to the taxi squad to go along on the trip.  The Wild finished off their latest home stand with some ugly but effective wins which still has them sitting comfortably in the Honda West’s top 3.  Building momentum should be the Wild’s mantra, as they start off playing against a flagging San Jose Sharks squad.

The Wild had just 11 shots in their last game, a 2-0 win over St. Louis, so getting more pucks on the net had to have been an emphasis at practice this weekend before they left for California.  Yet even with so few shots there was some promising signs of some chemistry developing between Kevin Fiala and Marcus Johansson.  Fiala has had a hard time gaining much traction with a revolving door of linemates and hopefully with Johansson settling in he can finally have a speedy winger to feed off of; if he only had a center that could match that pace?  Ryan Hartman is the guy for now, and while I think its probably the best they can do, it would be nice to see another line catch fire offensively.

Jordan Greenway hasn’t scored in a while and the 3rd line just hasn’t been the same offensively since Marcus Foligno went down with an injury.  That line brought grit and strong forechecking to the team, and that might be tested tonight as former Wild winger Kurtis Gabriel seems to be on a mission to make a name for himself.  Gabriel, an outspoken athlete who regularly discusses serious issues like social justice and the LGBTQ community has drawn some criticism for his claim that he is one of the toughest players in the league.  That claim was criticized by another former Wild player, retired-NHL’er John Scott.  You can read about that conflict here.  If the Sharks dress Gabriel we can expect to see him running around trying to cause havoc.  The Wild cannot let themselves get caught up in those antics.

The Sharks are coming off a 4-0 loss to Arizona.  Devan Dubnyk had the start, so I will guess the Wild will see Martin Jones tonight.  Either way, the Sharks continue to be a team whose effort is inconsistent from a game-to-game basis.  If the Sharks want to make any kind of noise in the Honda West they will need to start to earning wins so I think the Wild should expect to see a desperate and motivated San Jose club tonight.

Sharks head coach Bob Boughner has tried to spread out the Sharks offense, moving Timo Meier to the 3rd line but most of it still comes from the Top line with Evander Kane, Logan Couture and Kevin Lebanc.  If the Wild can keep this line in check I think they have a fair chance to come away with two points.

So what are the keys to a Minnesota Wild victory?

1. Lock down the Sharks top line ~ The Sharks are not nearly as deep of a team as they used to be.  Evander Kane and Logan Couture are experienced veterans who like to work their way in close and use their strength on the puck to dominate.  Minnesota has done a reasonable job at shutting teams down; but I think staying out of the penalty box will also limit this line’s effectiveness as well.

2. Don’t get caught up in the shenanigans ~ If Kurtis Gabriel wants to throw his body around and agitate Ryan Reaves-style the Wild cannot get caught up trying to settle the score with him.  Like Reaves, Gabriel’s game is all about trying to be a distraction on the ice and get opponents more focused on him than playing the game.  Minnesota has done a decent job of staying out of that kind of tomfoolery.  If Gabriel wants to fight, let Joey Cramarossa take care of it and keep the rest of the team out of the clown show.

3. Pepper the goalie ~ While I don’t think its sign of a long-term trend, but after an 11-shot performance against the Blues last week Thursday the team would be well-served to focus on peppering whoever is between the pipes for the Sharks with shots.  Both Jones and Dubnyk are again having blah seasons, but the Wild only help them out by being picky and overly selective on shots.  While I am certainly not suggesting all shots are equal, because you obviously want quality shots from dangerous parts of the ice but I do believe they could help their cause by putting more pucks on net.

What do you think will be important for the Minnesota Wild if they are to come away with two points tonight?  Tell us on Twitter @CreaseAndAssist!