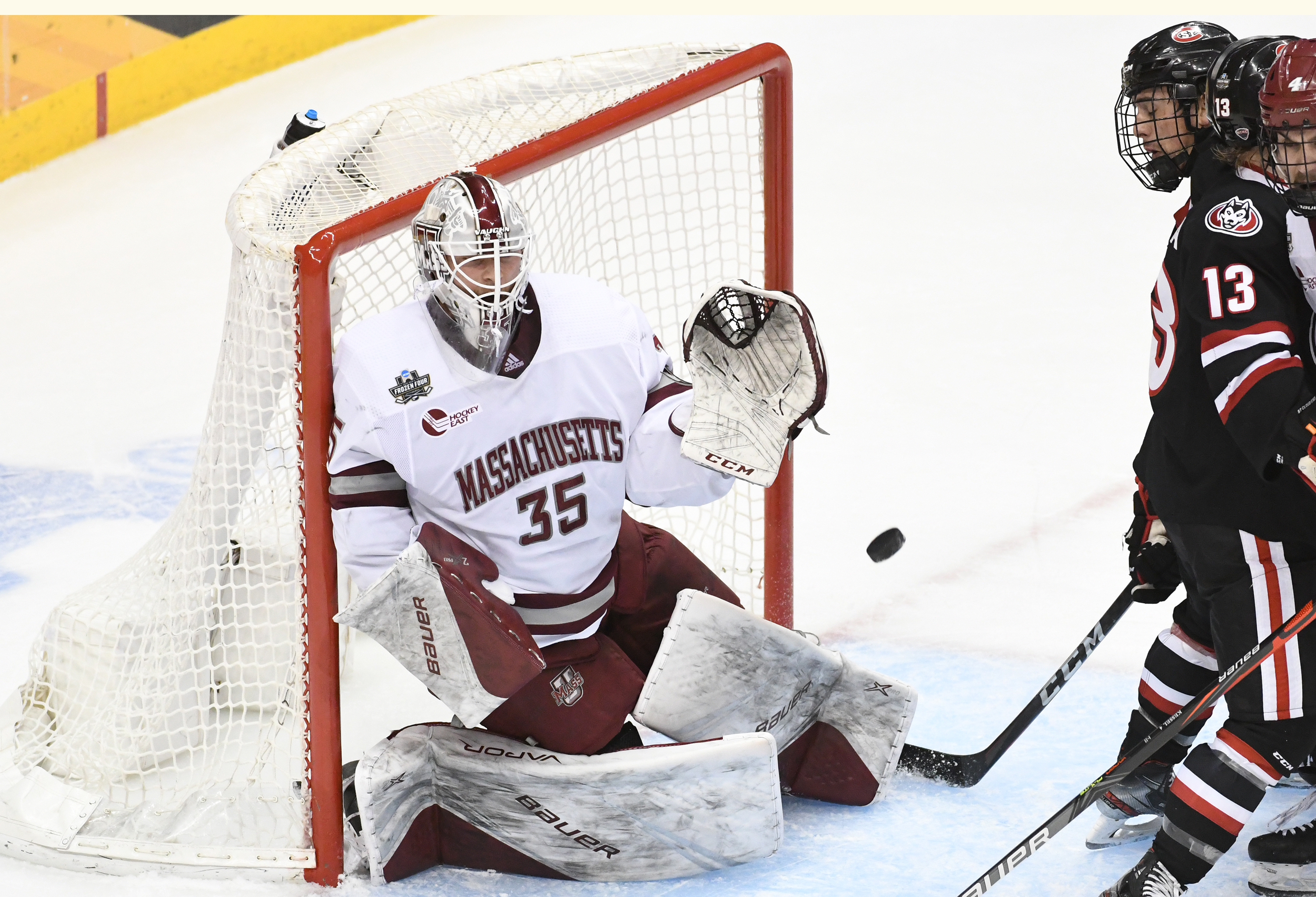 For the first time in the history of the school, the University of Massachusetts Minutemen has won the National Collegiate Athletic Association Division I Men’s Ice Hockey Tournament. On Saturday from the PPG Paints Arena in Pittsburgh, PA, Massachusetts trounced St. Cloud State 5-0.

It was a brilliant goaltending performance by Filip Lindberg of Espoo, Finland. The 22-year-old Minutemen netminder made 25 saves, as he made three saves in the first period, 12 saves in the second period, and 10 saves in the third period.

Massachusetts was led in scoring by right winger Reed Lebster of Grand Rapids, MI. Lebster had one goal and one assist for two points. The other four Minutemen goal scorers were Aaron Bohlinger of Walden, NY, Philip Lagunov of Mississauga, Ontario, Matt Kessel of Scottsdale, AZ, and Bobby Trivigno of Setauket, NY.

A major turning point in the contest came at 3:57 of the second period when Minutemen forward Ryan Sullivan had a minor penalty for tripping. This was a marvelous opportunity for the St. Cloud State Huskies to get back into the game. However, Lagunov ended up scoring an unassisted shorthanded goal to put the Minutemen up 3-0.

Schools from the state of Massachusetts have had great success at the Frozen Four in the past, but this was the first national championship for the Minutemen. Previously, Boston College and Boston University have won five NCAA Men’s Hockey Championships each, while Harvard won in 1989.

The NCAA Women’s Ice Hockey Championship took place on March 20 with Wisconsin defeating Northeastern 2-1. The championship game from the Erie Insurance Arena in Pennsylvania went to overtime where Daryl Watts of Toronto, Ontario scored in the extra period.

In other college hockey news in the United States, Cole Caufield of Stevens Point, WI won the Hobey Baker Award for 2020-21. Caufield had 30 goals and 22 assists for 52 points with the Badgers this season. He is a first round pick by the Montreal Canadiens.