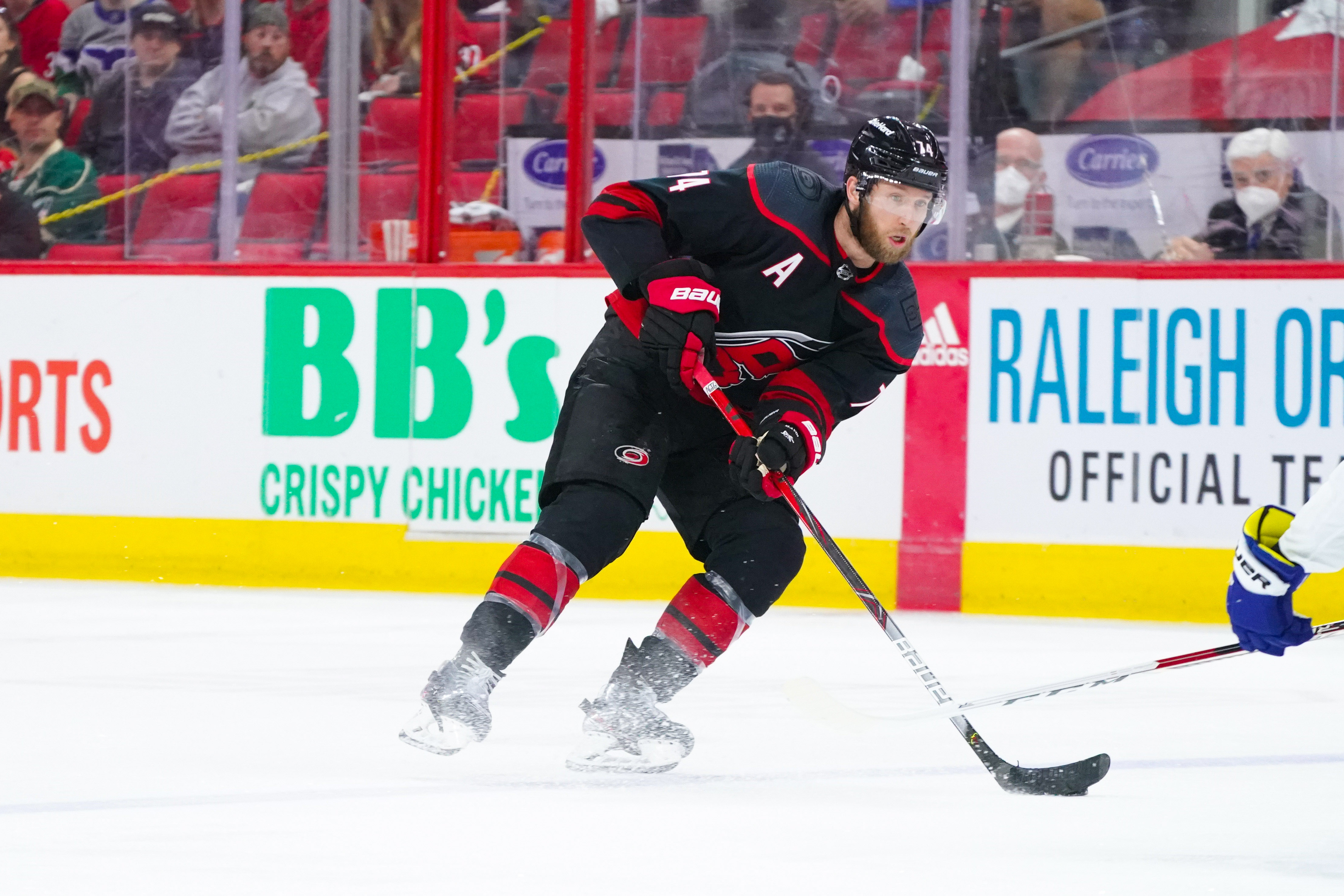 Carolina Hurricanes defenseman Jaccob Slavin of Denver, CO made National Hockey League history on Saturday by becoming the fourth defenseman ever to win the Lady Byng Award according to Josh Wegman of the Score. In 52 games, Slavin only took one minor penalty, a remarkable feat when you consider the fact that defensemen average a significant amount of more ice time than forwards.

Slavin, who averaged 22 minutes and 59 seconds of ice time per game, scored three goals and 12 assists for 15 points. He was a +22, with one powerplay point, one shorthanded point, 101 shots on goal, 87 blocked shots, 35 hits, 24 takeaways, and 30 giveaways. Slavin’s power-play assist came on an empty-net goal by Sebastian Aho of Rauma, Finland on March 2 in a 4-2 Hurricanes win over the Nashville Predators. Slavin’s shorthanded assist came on a shorthanded goal by Aho in a 4-2 Hurricanes win over the Florida Panthers on March 7.

Slavin’s only game with a penalty also came in the same game against the Panthers where he had a shorthanded point. It was a two minute delay of game infraction at 5:39 of the second period.

In the Stanley Cup Playoffs, both of the Stanley Cup semifinal series are tied at two games apiece. The Vegas Golden Knights and Montreal Canadiens are all tied up, as are the New York Islanders and Tampa Bay Lightning.