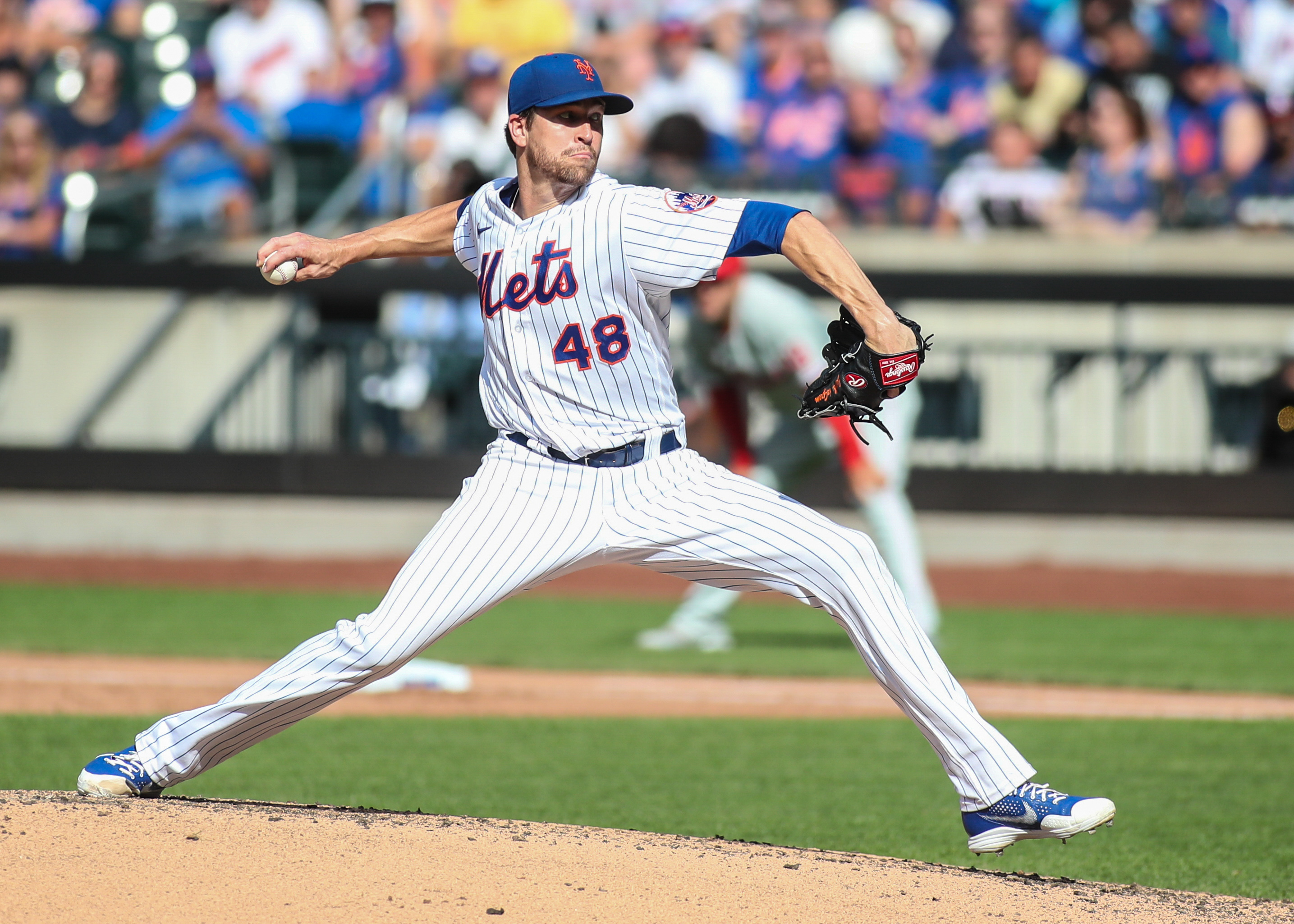 June has traditionally been a month of swooning for the New York Mets, but they managed to avoid a seemingly annual fade by going 16-16 in the third month of the season. There were plenty of notable contributors to that success, including strong efforts from Pete Alonso (.293 batting average/6 home runs/17 RBI’s) and James McCann (.288/4/16). The obvious choice for Met of the Month, however, had to go to Jacob deGrom after he was named the National League’s Pitcher of the Month for June.

The numbers speak for themselves with deGrom, who went 3-0 with a ridiculous 0.67 ERA in five starts. deGrom struck out 40 batters in 27 innings pitched and wasn’t scored upon until his final start of June, an impressive run of dominance that saw him overcome several ailments that cut short outings. The minor injuries didn’t derail deGrom, who continued to prove why he is the best pitcher in baseball and the early favorite to win the National League’s Cy Young Award for the third time in four years.

deGrom was also named the National League’s Pitcher of the Month in April, making him the first Mets’ pitcher to ever win that award twice in one season.  That is an extremely impressive feat for a franchise that has featured the likes of Tom Seaver and Dwight Gooden among its notable aces.