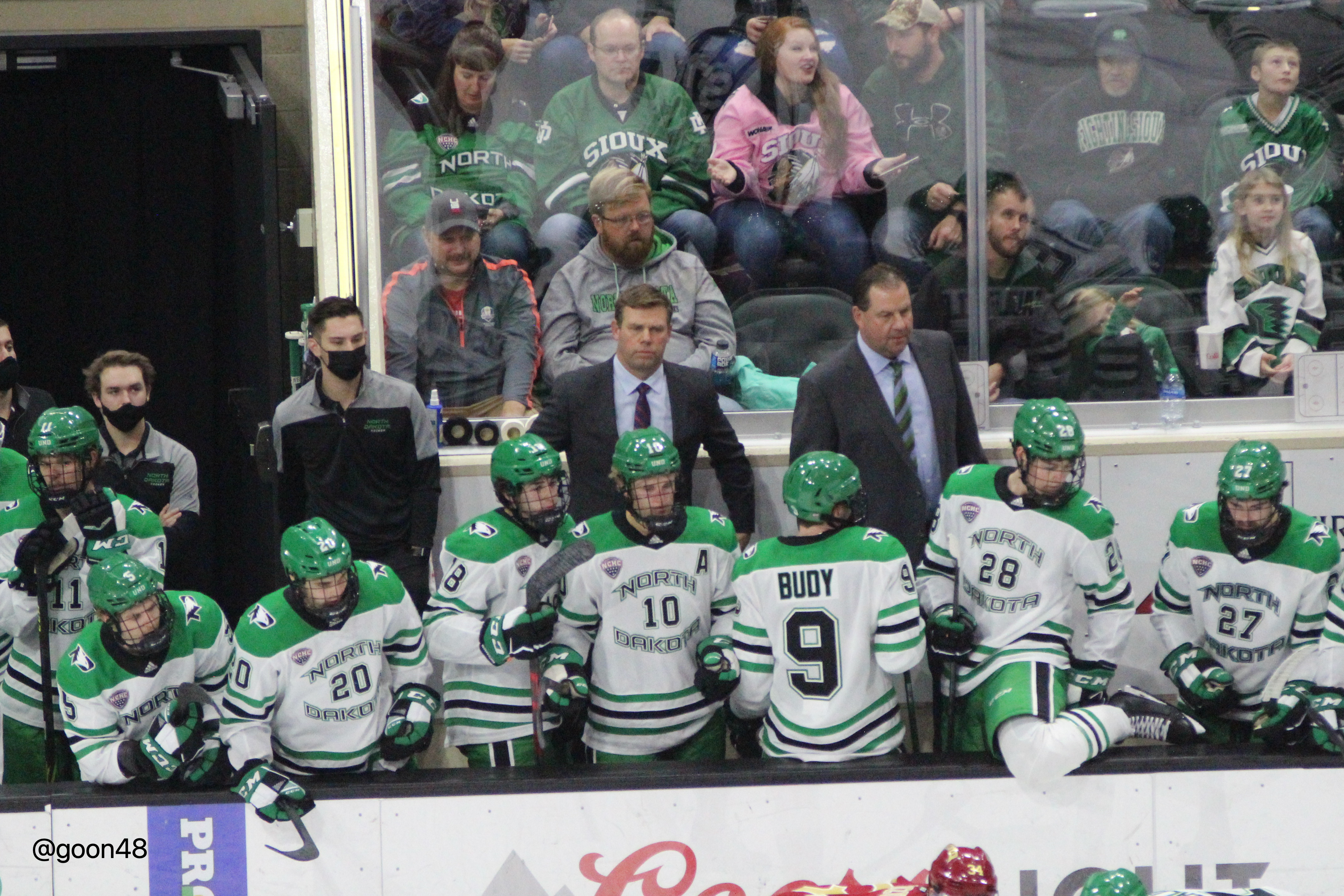 Last season, sophomore forward Louis Jamernik arrived at UND during the Christmas break. In 19 games with the Fighting Hawks, Jamernik scored one goal and four points. Fast forward to this season. Jamernik has made an immediate impact. In the first seven games, the Calgary, Alberta native has already surpassed last season’s point total (3g-3a–6pts). Moreover, he’s already had two multi-point games. Last season, he had none.

This week, UND head coach Bard Berry shuffled his forward lines. One of his line combinations was Jamernik centering senior forwards Gavin Hain and Mark Senden. That line seemed to have immediate chemistry. Prior to Friday’s game they were given the assignment of shutting down Denver’s top forward line. No easy task.

Denver’s top line in question: Carter Savoie, Cole Guttman, and Bobby Brink. This forward line has raised havoc on the opposition. That line entered NCHC play as one of the top forward lines in the country collectively scoring (12g-18a–30pts) in six games.

Mission accomplished. In the final box score, Savoie, Guttman, and Brink had goose eggs across the board. Every time the Guttman line hit the ice, the Jamernik line shadowed them.

“He’s a great hard worker,” Senden said of Jamernik. “He plays the hard-nosed style game and keeps it simple. I love playing with Jammer and it’s great.”

“He absolutely loves a situation of being a strong, hard, heavy guy that can try to maybe shut down another team and provide whatever role it is,” Berry said. “He’s with Hainer and Sendo, and they all have that same mentality. I think that’s good. I think down the road. I think when you’re playing against really good teams like Denver and having strong lines like that you need guys I can provide some certainty.”

The pictures below illustrate the effectiveness of the Jamernik line.