If you looked at the Minnesota Wild’s statistics there was a glaring enigma going into Sunday evening’s game against the New York Islanders.  Even though Minnesota has a winning record, the Wild have been giving up more goals than they’ve been scoring themselves.  Math may not be my forte in life, but one would think that’d make you more likely to be a team with a losing record not a winning one.  So how have the Wild done it?

One might think it is 3rd period dominance but on closer inspection that is not the case as the Wild have just 6 goals in the 3rd period this season and they’ve given up 9 during that same portion of the game.  So what is it really?

Persistence and a belief that anyone on the roster can be the hero on any given night.  It is this unselfish attitude that has the club rolling with the hot hands late in games rather than who makes the most money as was the case in the past.  Perhaps it was only fitting that the team had a tribute for a player that symbolize the old ‘pecking order’ days of the Minnesota Wild by recognizing Zach Parise in his return to the formerly friendly confines of Xcel Energy Center.  Remember how many times the Wild would keep trotting out the same old lines late in games or in overtime even though they were stone cold or dead tired?

In fact, the Wild started out determined and hungry and only some fine work by Semyon Varlamov kept Minnesota at bey and then the Islanders began to dictate the pace of play.  Yet Minnesota kept their head in the game and didn’t over extend itself and provide the Islanders with a plethora of odd-man chances they thrive on when team’s get a bit antsy when they trail on the scoreboard.

The Wild stayed patient and kept firing pucks on Varlamov hoping they get get one through.  Brandon Duhaime‘s goal off the rush was just that, it was the crack in the seemingly invincible armor the Islanders seem to have.  Minnesota then weathered the storm and gave the Islanders few quality chances over most of the 3rd period and the Wild would get two empty net goals for insurance on their way to a 5-2 victory.  Kaapo Kahkonen, a player who had been shaky in his only other start had 19 saves in his first win of the season.  That’s good news for him and the team who will likely give him another start during this week with a back-to-back on Wednesday and Thursday against the Coyotes and Golden Knights respectively.

Its important for the Wild to know they can give starting goaltender Cam Talbot a rest.  He needed one after manning the crease in the Wild’s exciting come-from-behind 5-4 shootout victory on Saturday against Pittsburgh.  And for Kahkonen, he just needed it to give him tangible proof he can do the job.

Ryan Hartman continues to be clutch (knock on wood), as he gave Minnesota the game-tying goal and helped Minnesota believe they could mount a comeback.  He also registered his first assist of the season, on Duhaime’s go-ahead goal a few minutes after his game-tying tally.  But Hartman did more than just score, he was a pest on the puck all night and his hustle and doggedness on the puck has really gained the trust of Wild Head Coach Dean Evason who seems to use the former Chicago-1st rounder in all situations.

Minnesota gets to rest a bit after tonight’s victory before going on a western road trip to Arizona, Vegas and Seattle respectively.  Wild fans are enjoying it, but many seem to be enjoying the games from home as Minnesota’s official attendance on Sunday was 15,547 which would have been pretty close to capacity for the old Met Center.  I don’t think I’ve ever seen a home game officially listed with that few fans.  Is it fears of Covid-19, people feeling money tight over inflation?  Who knows, but a bit surprising considering how exciting Wild games have been lately.

What did you think of the Wild’s week of games?  Let us know on Twitter at @CreaseAndAssist! 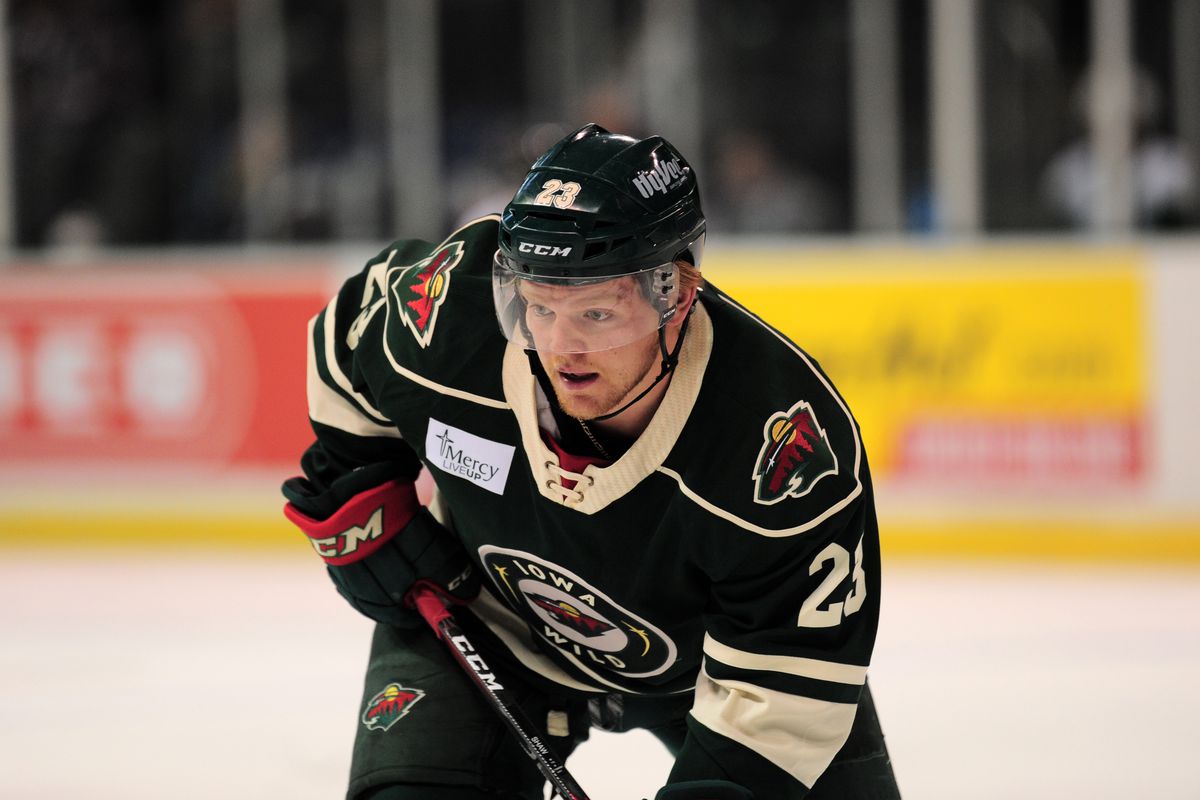 The injuries / illnesses on Minnesota’s roster has caused a ripple effect for the Wild’s American Hockey League affiliate as Iowa has had to shuffle its lineup in the absence of players called up like Kyle Rau, Adam Beckman and Connor Dewar to play on the big club.  Yet that’s nothing really all that new for Iowa which means it looks to other players to step up into bigger roles.

One player who has really stepped up has been center Mason Shaw.  The Wainwright, Alberta-native has been Iowa’s best player the last 3 games.  At 5’10”, 183lbs he certainly isn’t the biggest player but he makes up for it with his tremendous hustle and dogged tenacity on and off the puck.  In Friday’s game, the former Medicine Hat Tiger had two goals, including a dramatic end-to-end shorthanded goal.  Honestly, if any of you are Ted Lasso fans out there, Shaw is deserving of having his name used in the ‘Roy Kent chant’ because it fits him perfectly.  About the only thing Shaw didn’t do in their 6-5 overtime loss to Grand Rapids’ Friday night was convert on a penalty shot but otherwise he’s been a true standout for Iowa each night.

While many Wild fans are eagerly awaiting the ascension of Marco Rossi, Minnesota’s top pick in 2020.  There are some intriguing notes about his play in Iowa thus far.  His speed does not stand out.  That isn’t to say that he’s slow, but he isn’t playing every shift at top speed.  He’s very controlled in his movements and is at his best when he has the puck because he is a tremendous stickhandler and can change direction very quickly which is how he creates space for himself on the ice.  He could stand to shoot the puck more than he does, but he does exhibit the dual threat capability of being dangerous passing or shooting the biscuit.  In Friday’s game he had a pretty set up on Shaw’s 1st goal (on the power play) and then had a terrific goal of his own as he pounced on a rebound and went top corner with it in a hurry.  But his game is not without hiccups, he had a horrible turnover in his own zone that led to a goal by Turner Elson.

Yet the interesting part is how Iowa Wild head coach Tim Army didn’t use him on the power play late in the game.  That seems strange on a few different levels.  One, he’s good on the power play because of how he handles the puck and the extra ice gives him more time and space to work with it.  Two, one would think you’d want him to get power play time if you’re going to keep him in Iowa the whole season.  Maybe he’s not sold on his zone entries (which was an issue at times for Iowa) or he wants to ease Rossi into that role, but it was something to note that you wouldn’t realize unless you watched the game.

Another player who has been a real nice addition for Iowa has been AHL veteran Joe Hicketts.  He has been an offensive catalyst so far and with all due respect to Calen Addison, he’s been Iowa’s most dangerous scoring threat from the blueline.  Addison and Hicketts have had good chemistry together and typically Tim Army has used them at the points on the power play as one would expect.  Addison has looked good too, but Hicketts’ shot seems to cause more chaos every time he let’s one go.

The same was true on Saturday as Iowa seemed to be in control through most of the game, peppering Milwaukee’s Connor Ingram with shots early and often.  Unfortunately, the bounces didn’t go Iowa’s way and the Wild would fall 5-2 to the Admirals.  Still the young players showed promise as Marco Rossi made a brilliant long pass to spring Will Bitten for a breakaway that he converted for Iowa’s 1st goal of the game. 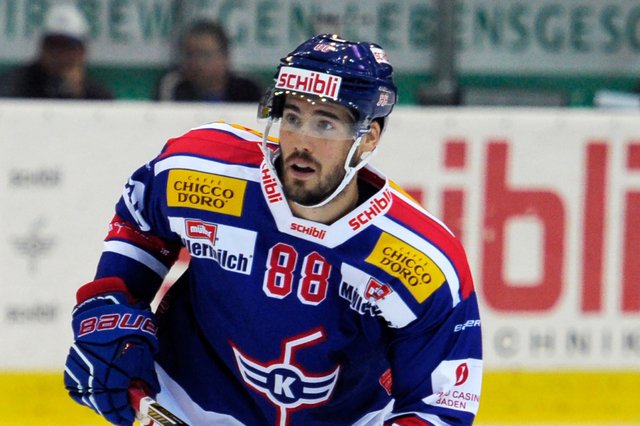 Where are they now?  C – James Sheppard (Vienna, ICEHL)

The former Minnesota Wild 1st round pick (9th Overall) from 2005 is still playing in Europe after ending his NHL career in 2014-15.  He played 224 games with the Wild from 2007 to 2010 where he netted 11 goals, 49 points and 108 PIM’s.  After the Wild traded Sheppard to the San Jose Sharks for a 3rd round pick he struggled to stay healthy and keep his lineup with the Sharks before ending his time in the NHL with the New York Rangers.  Since then he has played in 3 different nations in Europe including Switzerland, Germany and is currently playing in Austria for the Vienna Capitals where he has a goal, 6 points in 9 games this season.

LW – Nikita Nesterenko (Boston College, H-East) ~ The sophomore had an assist on Friday in Boston College’s 4-1 win over Merrimack.  Nesterenko has 3 goals, 8 points, 6 PIM’s and is a +5 in 9 games.

RW – Pavel Novak (Kelowna, WHL) ~ The Rockets’ alternate captain had two goals (one PPG) on 4 shots in Kelowna’s 5-4 shootout loss to Portland which still earned the Tabor, Czech Republic-native 1st star honors.  On Saturday, he added an assist on 5 shots in Kelowna’s 4-1 win over Prince George.  Novak has 7 goals, 13 points, 2 PIM’s and is a +3 in 9 games.

RW – Josh Pillar (Kamloops, WHL) ~ The pesky forward continues to accumulate points by adding an assist on 3 shots in the Blazers’ 6-0 win over Victoria.  The Blazers’ alternate captain had another assist (5 SOG’s) on the game-winning overtime goal as Kamloops win a 3-2 thriller over Victoria on Saturday.  He has 7 goals, 20 points, 11 PIM’s and is a +7 in 11 games this season.