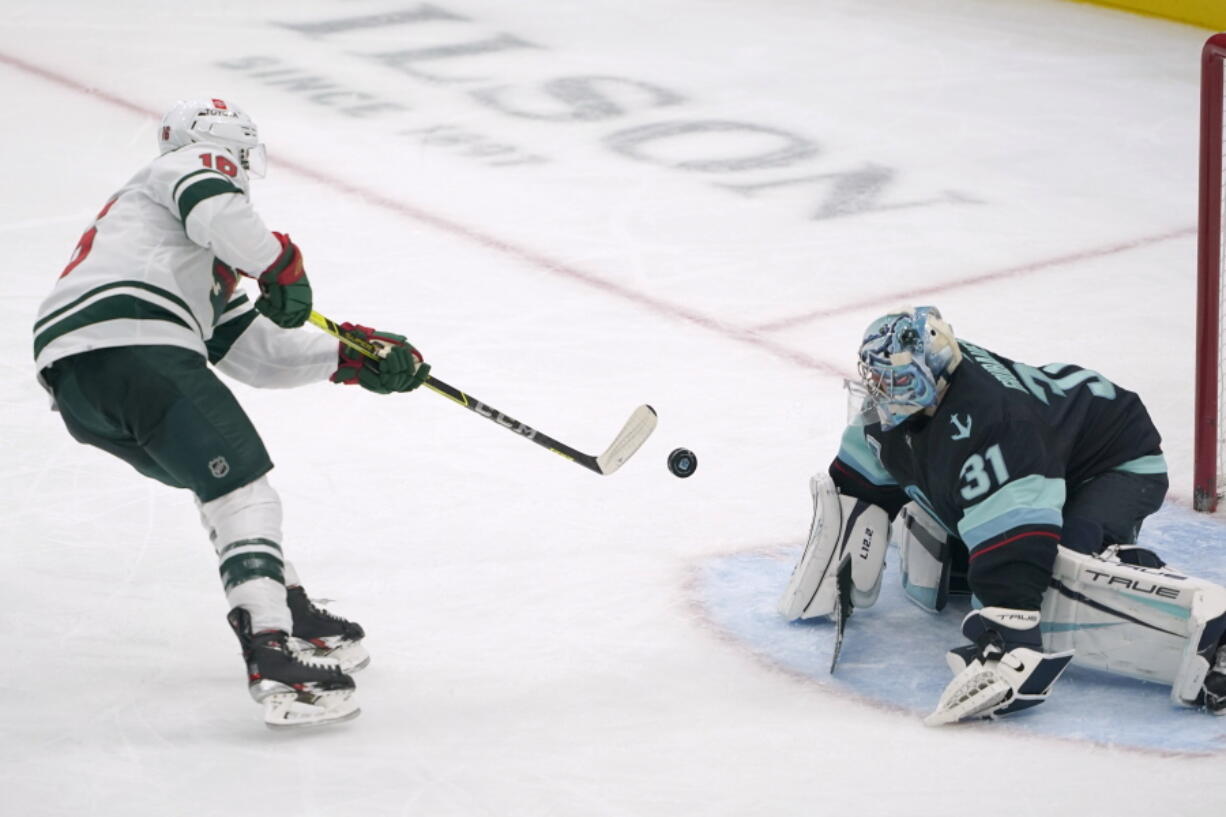 Raise your hand if you thought Rem Pitlick was going to get a natural hat trick last night for the Minnesota Wild?  Unless you are his mom or best friend, no one saw that coming and it served as another pleasant surprise for a team that had its share of them throughout most of the week.  Besides the fact he netted a rare hat trick for the Wild, he did something else we don’t often see Minnesota players do.  Finish on the breakaway.  He undressed Philipp Grubauer twice on two shifty dekes to give Minnesota the lead and ultimately netted the game-winner on his 3rd goal of the night.

Yet I hope Pitlick gives linemate Ryan Hartman some love, as the veteran forward forced turnovers on all 3 of the goals and then dished the puck to Pitlick so he could be Saturday night’s hero.  Hartman, the Wild’s top goal scorer this season has been arguably the Wild’s biggest standout the first 10 games of the season.  He’s been contributing all throughout the lineup and still making the hustle plays that are his calling card as a player.

The Wild’s ‘team’ approach to scoring has been important for a club that hasn’t been able to lean on players like Kirill Kaprizov and Kevin Fiala to carry a large portion of the goal scoring load.  I think in some ways that helps inspire any player to take the initiative for it might be their night to lift the team to a win just as it was for Pitlick on Saturday.

Another player who had a solid finish to the week was Cam Talbot.  Talbot weathered a very determined storm by Seattle who desperately wanted to turn the tables on the Wild.  Yet Talbot was poised and anticipating well and that helped the Wild finish the weekend with a victory.  Kaapo Kahkonen notched two wins of his own this week, giving the team a bit of a sigh of relief at the backup goaltender position.

Saturday’s game was a good response after what was a disappointing Thursday night against an injury-riddled Vegas team.

What did you think of the Minnesota Wild’s games this week?  Tell us on Twitter at @CreaseAndAssist! 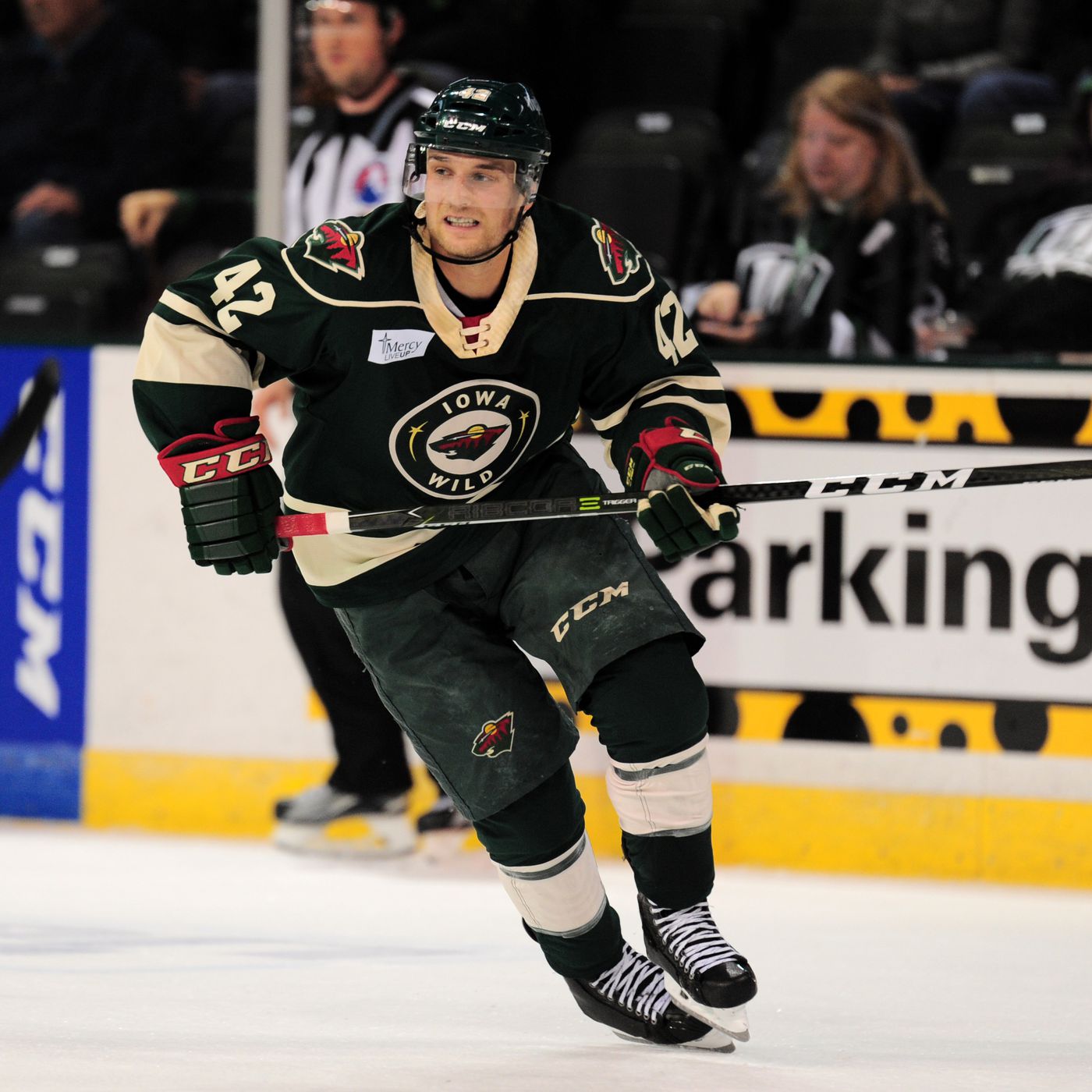 When the Minnesota Wild purchased their AHL franchise and moved it to Iowa not only did they want to have their prospects closer to their NHL home, but they hoped to establish a winning culture that would put young players in competitive situations.  Initially that didn’t happen as the Iowa Wild were pretty awful through their first 4 seasons finishing near the bottom of the American Hockey League standings.

That all changed when the team hired Tim Army to be Iowa’s head coach.  The talkative bench boss brought plenty of energy and he expected his team to do the same.  Initially the team relied heavily on AHL ringers because the Wild simply didn’t have the prospects available to have them carry the team.  But better drafting has changed that and prospects are now filling important roles on the club as they hope to improve their game so they’re ready for the step up into the NHL.

One element that has steadily improved from the Iowa Wild’s early years has been the team’s scoring.  To say they had a pop-gun attack in their early years would’ve have been kind.  Scoring more than 3 goals was a rare thing and all too often the team didn’t have the firepower to really compete.  That’s not true today as the Iowa Wild have balanced scoring from its top 3 lines.

Minnesota-Duluth star Nick Swaney has been a revelation this season, leading the club with 7 goals in 10 games.  He always seemed to generate a lot of shots in his college years with the Bulldogs, but now the lamp is lighting more often and the Wild couldn’t be happier.  Another important component of the Wild’s offense has been the play of defenseman Joe Hicketts.  Hicketts has given the team a goal scorer from its blueline, something they have not had in a while.  Yet they also have manage to get offensive contributions from other veteran players like Kyle Rau, Mason Shaw, Joey Cramarossa and Dominic Turgeon.

But the balanced scoring makes it tougher for opponents to match up against them, and the team has embraced a ‘different hero each night’ mentality much like the big club in St. Paul.  It has been a good place for players like Damien Giroux, Calen Addison, Adam Beckman, Connor Dewar and Marco Rossi to gain confidence and being placed in roles where they can succeed.  When you watch the games, Rossi isn’t immediately noticeable but then he’ll make a pass or a dangle his way out of a tough situation where you can see the talent that made him Minnesota’s top pick in 2020.

I think it can be argued that Rossi’s development is absolutely paramount for an organization that is trying to foster a youth movement and knows it will be in its own self-inflicted cap crunch the next few years.  So it is good to see that he’s playing well and looks comfortable at the AHL level so far.  For Dewar and Beckman they’re being used in Top 6 situations and providing speed, skill and offense which is exactly what the organization wants.  And Addison is playing top pairing minutes and being used extensively on the power play which is where he projects to be at the next level.

LW – Pavel Novak (Kelowna, WHL) ~ The shifty winger had an assist on 4 shots in the Rockets’ 3-2 win over Kamloops on Wednesday.  The Tabor, Czech Republic-native added an assist in Kelowna’s 3-0 win over Prince George on Saturday.  Novak has 8 goals, 17 points, 4 PIM’s and is +7 in 12 games.

LW – Nikita Nesterenko (Boston College, H-East) ~ the skilled sophomore had an assist on 3 shots in the Eagles’ 2-1 win over UConn on Friday night.  The Brooklyn, New York-native had an assist in Boston College’s 4-2 loss to UMass-Lowell on Saturday.  Nesterenko has 3 goals, 9 points, 6 PIM’s and is +5 in 11 games.

D – Jack Peart (St. Cloud State, NCHC) ~ 2021’s Mr. Hockey Award winner gave Huskies’ fans something to smile about as he scored a goal in his first game back since injury a few weeks ago.  Unfortunately it wasn’t enough for St. Cloud State to get a win as they fell 3-2 in overtime to Nebraska-Omaha.  Peart has 2 goals, 5 points, 10 PIM’s and is a +3 in 8 games.