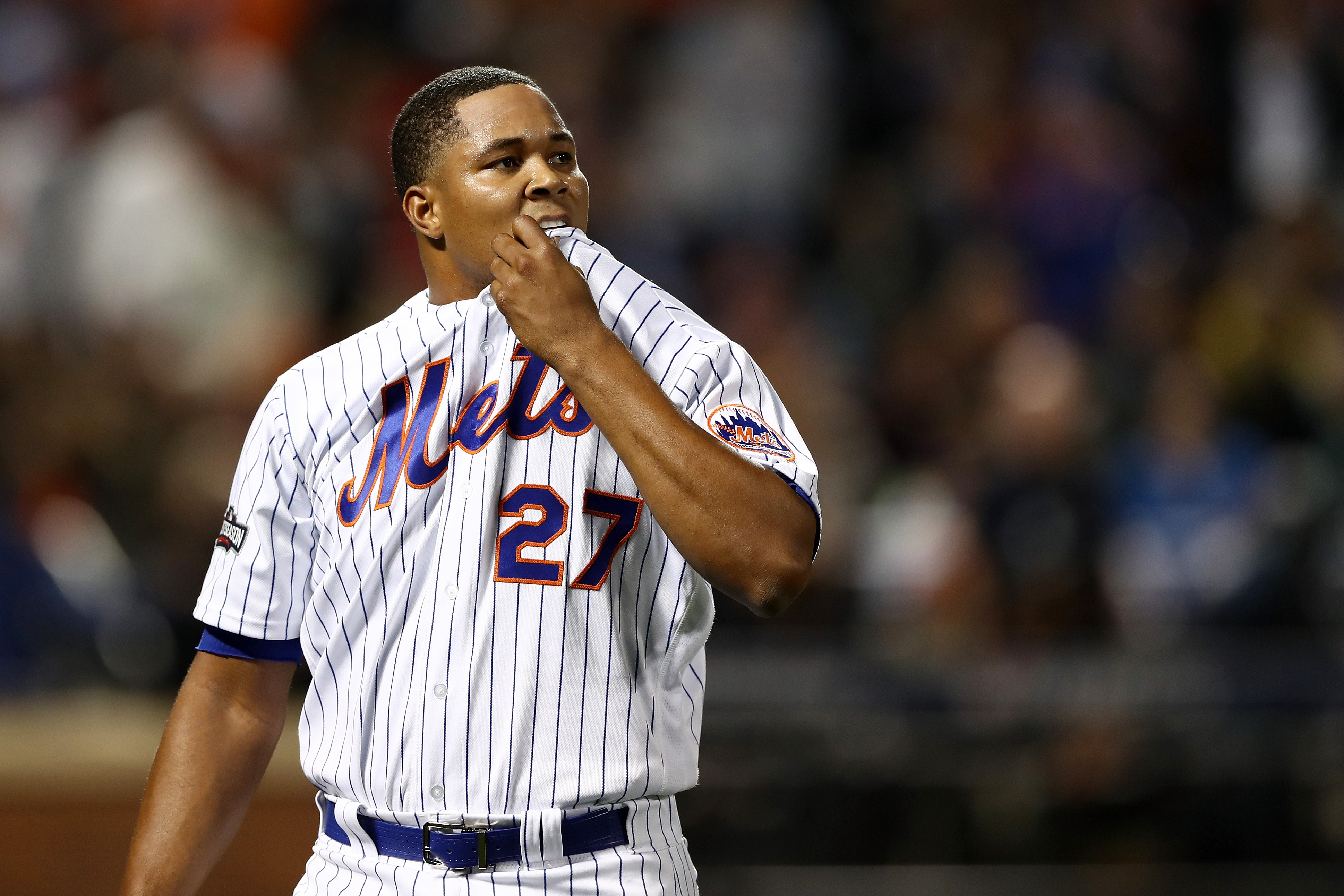 Familia, 27, was charged with simple assault and a disorderly persons offense, according to a complaint filed by authorities in Fort Lee municipal court.

Police said in the complaint that Familia caused “bodily harm to another” and that they observed a scratch to the chest and a bruise to the right cheek of the victim.

“The matter was brought to our attention and we are monitoring the situation,” the Mets said in a statement Tuesday, via The Record.

Familia was featured in a recent anti-domestic violence ad.