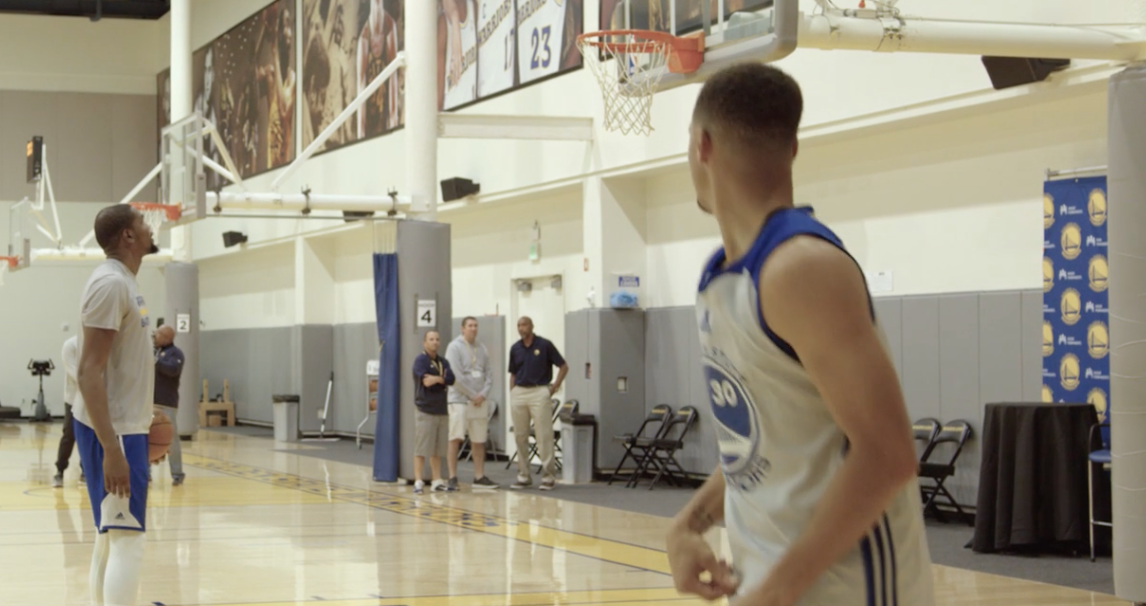 Kevin Durant is preparing to battle his former team, the Oklahoma City Thunder, on Thursday night, so there’s no better way to lighten the mood and take the pressure off than to play a game.

Like P-I-G, for example, which Durant is pretty good at, being that he can shoot from anywhere.

Not too many athletes can hang with him in the game, but teammate Stephen Curry certainly can, as his range knows no bounds. With that said, the two recently played a game of P-I-G, set up by Bleacher Report, and here are some of the highlights.

The trash talking, in addition to the elite shooting, made watching this fun.