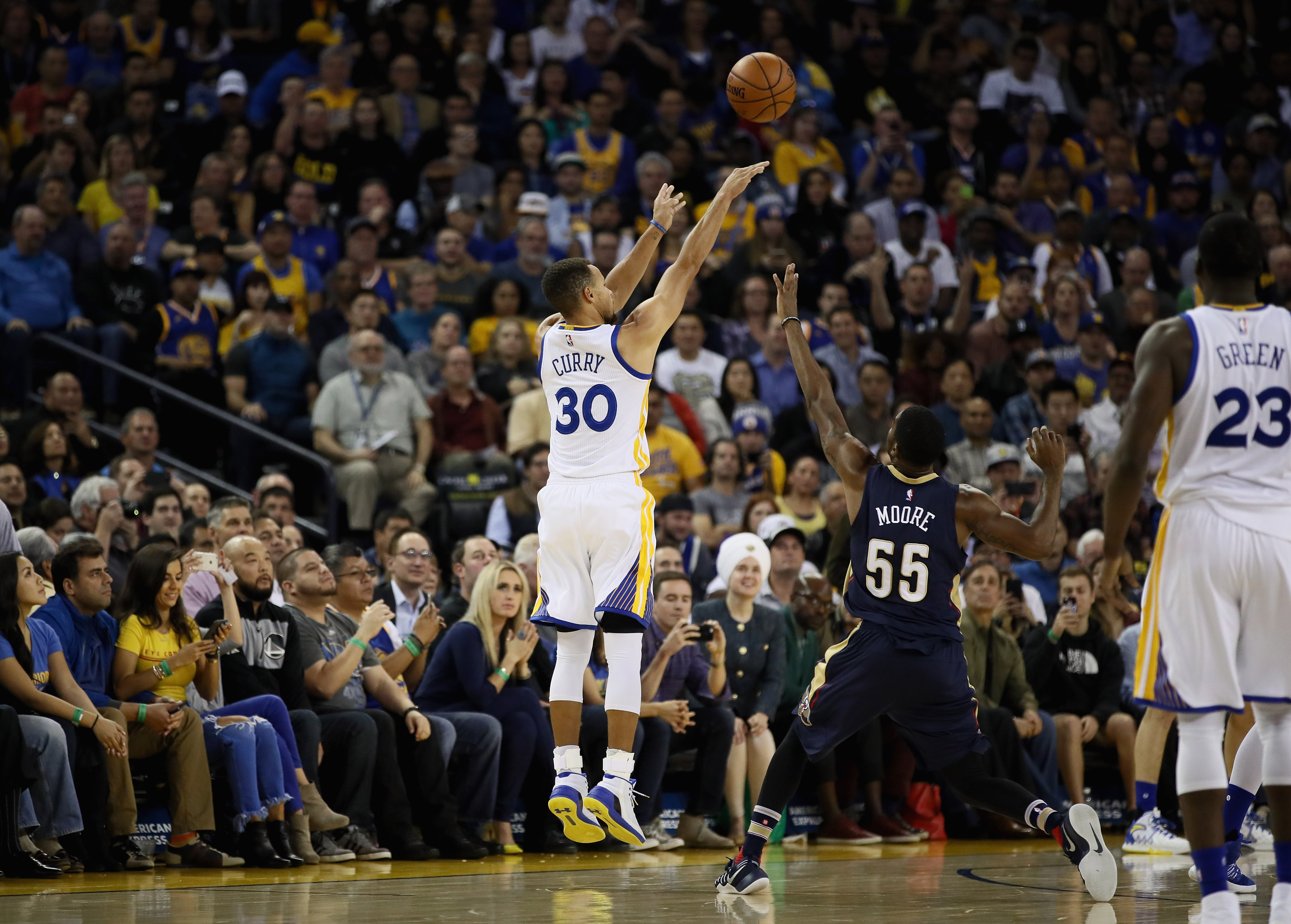 Golden State Warriors superstar Stephen Curry, heading into Monday night’s game against the Pelicans, was tied with Kobe Bryant and Donyell Marshall for most three-point shots made in a single game (12).

But that wasn’t good enough for him.

No, instead, Curry was on a mission to top that mark and be the sole record holder, and that’s exactly what happened on Monday, when he drained 13 three-pointers in the team’s 116-106 win.

Kevin Durant struggled from the field, knocking down only eight of 17 field goals, but Curry picked him up. He finished the game with 46 points, and made 13 of 17 shots from three-point range, which seems unreal.

Here’s the record-setting three-pointer, which he calmly drained with two defenders guarding him.

The reigning MVP could not be stopped on Monday night, and was unguardable on the perimeter. He’s a special player.