Sights and sounds of the Cavaliers' visit to the White House 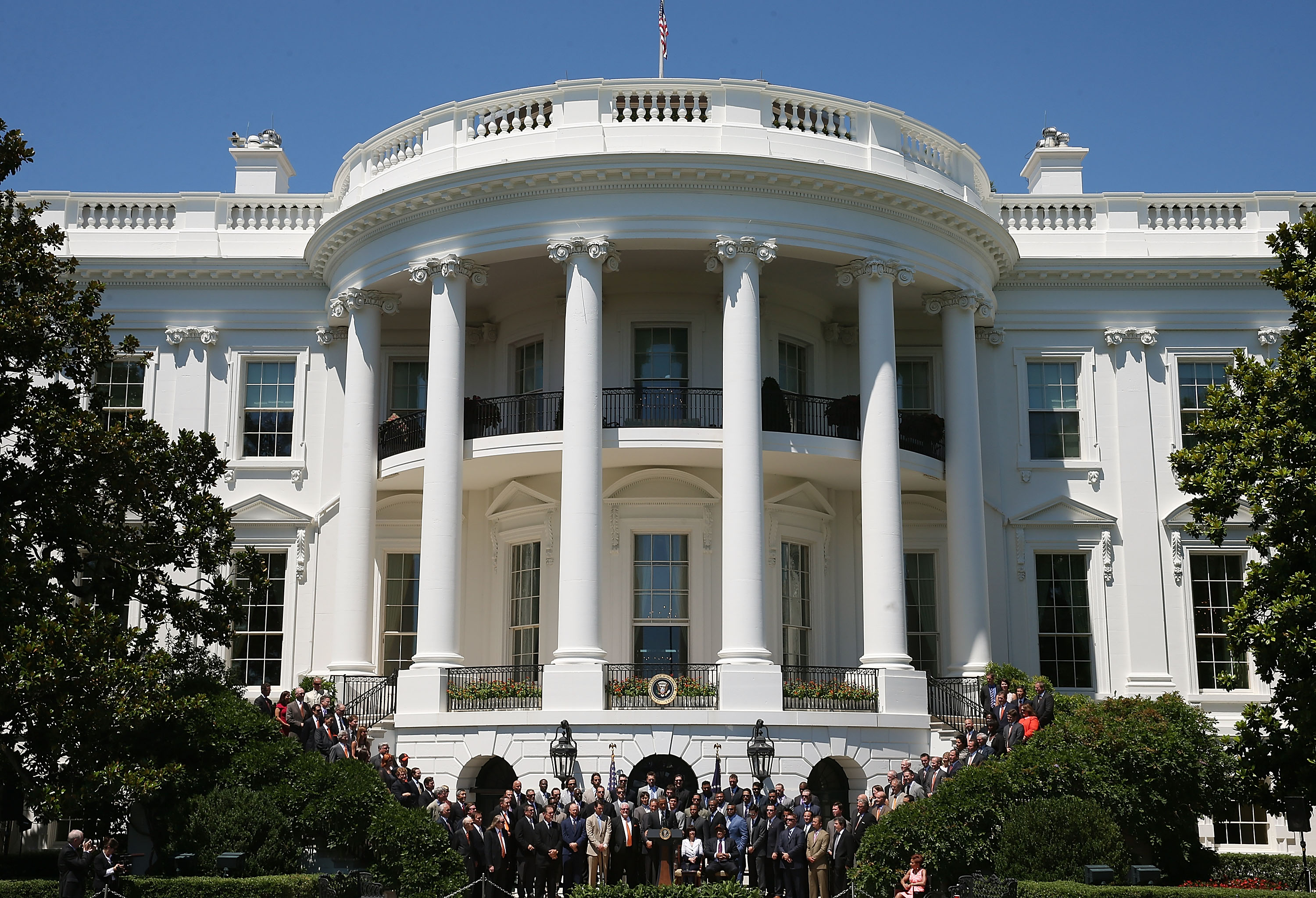 Sights and sounds of the Cavaliers' visit to the White House

The White House represents Democracy, but President Obama welcomed a King on Thursday:

The @cavs arrive at The @WhiteHouse for today's Championship celebration. https://t.co/1n7NNw9UUj

Many were wondering whether JR Smith was planning on wearing a shirt. Much to the delight of President Obama, Smith’s shirt was on. Smith, perhaps taking a subtle jab at President-elect Trump, expressed excitement that the Cavaliers had the opportunity to meet President Obama before his term officially ends in January:

.@TheRealJRSmith decided to wear a shirt to the @whitehouse, but may or may not be taking it off before the tour is over. pic.twitter.com/ttMvPvkl4e

It was a family affair at the White House. Tristan Thompson even brought his mother with him. To our knowledge, Khloe Kardashian was not present:

2016 NBA champ @realtristan13 and his mother at The @WhiteHouse! https://t.co/94tZvxKOeA

Finally, it was time for the Cavaliers to meet President Obama:

President Barack Obama greets the @cavs at The @WhiteHouse! pic.twitter.com/A2TAqVbMUH

Particularly interesting for the Cavaliers was that Dahntay Jones was brought on the trip. Jones (seen in the picture below) was cut from the Cavs’ roster before training camp, but could be added once again when the Cavaliers officially sever ties with Mo Williams.

Obama has always had the tendency to be quite the jokester when teams visit him in the White House. That was no different Thursday. On the topic of JR Smith’s shirt, Obama said, “We weren’t sure it was going to show up”:

Obama has touched on LeBron's twitter, Love's defensive stop, JR's shirt and Iman delivering his own baby with headphones pic.twitter.com/xkIgingMwC

The Cavaliers gave Obama his own Cavalier black jersey, which was presented by Kevin Love:

Kevin Love presented the president with a No. 16 Cavs jersey and "Obama" stitched across the back pic.twitter.com/RXGD7TO8VG

An interesting dynamic played out with the Cavaliers and their trip to Washington D.C. on Thursday. In his video for Uninterrupted (above), JR Smith places emphasis on the word “our” when calling Barack Obama “our president.” In case you missed it, Smith and LeBron James appeared at a Hillary Clinton rally in Northeast Ohio just days before the election. Smith is clearly displeased by America’s decision. As if that wasn’t enough, there is this tweet from Sports Illustrated’s Lee Jenkins:

The Cavs are going to the White House tomorrow. One of them speculated they may be the last NBA team to do that for a while.

No champions were ever crowned in November, but if the Cavaliers are fortunate enough to repeat as NBA Champions, it will be interesting to see what happens next year at this time.