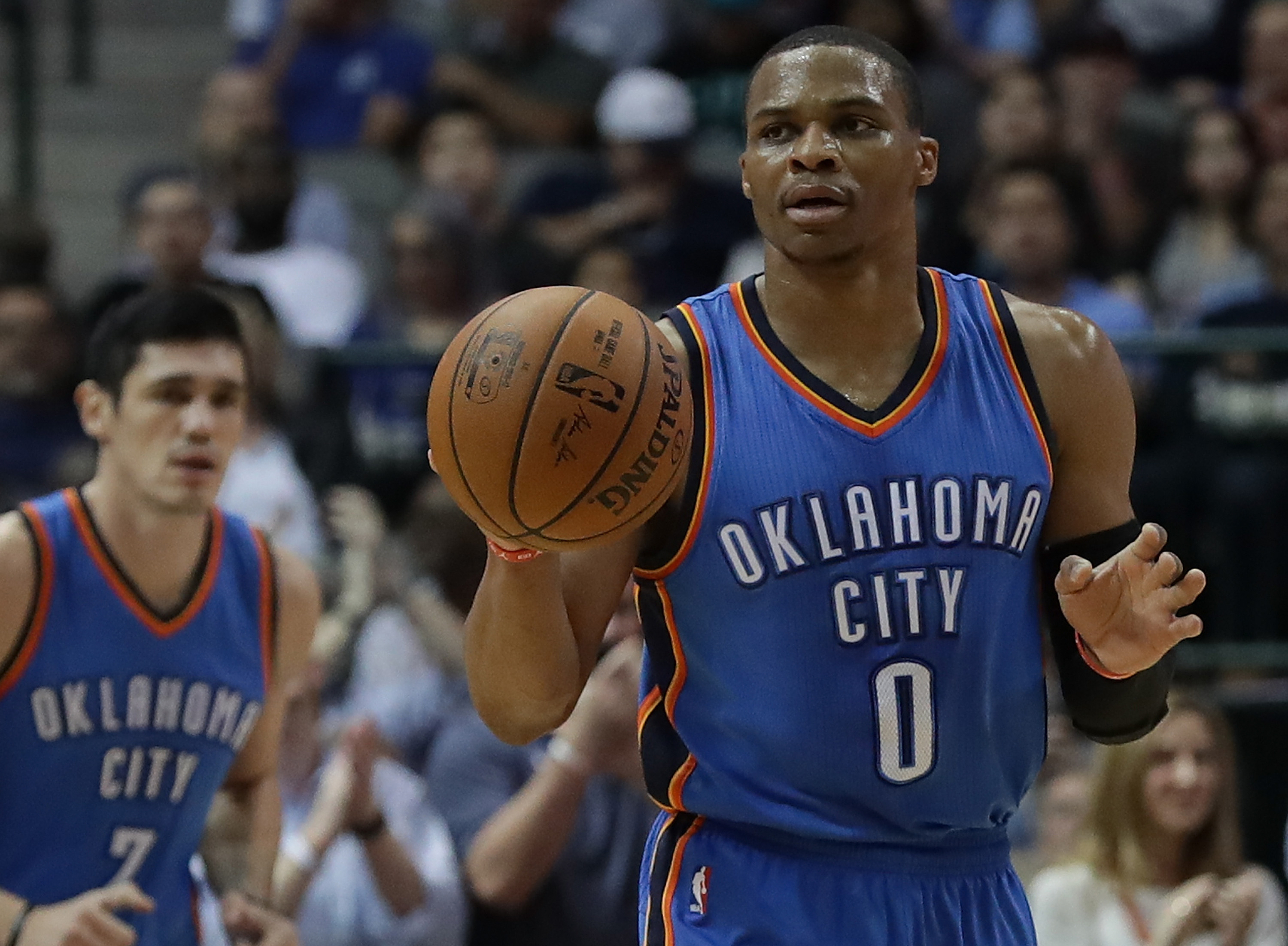 It’s never too early for MVP talk in the NBA.

This is especially the case this year during what looks like the most wide-open race in years. With Stephen Curry and Kevin Durant eating into the chances on the same team, guys like Russell Westbrook, James Harden and Kawhi Leonard have a huge opening to steal an award.

According got a column on NBA.com, it’s Westbrook leading the way:

Westbrook knew he’d have to do it all for the Thunder (31.1 points, 9.5 assists, 8.3 rebounds) and has done exactly that in his first season without Kevin Durant. The question is: can he keep up this wicked pace all season?

An Eastern Conference source told the website this looks like one of the most entertaining races around because of player movement:

This is the first year I can remember being comfortable saying that it’s literally a wide-open race. With the way guys have moved around the past few years and with guys on the same teams having to suppress certain parts of their games for the greater good, maybe this is the season when someone comes out of nowhere, relatively speaking, and knocks off one of the favorites.

No argument there. Guys like Westbrook and Harden continue to get it done in impressive offensive fashion while defense plays a part in the way Leonard continues to stick in the conversation.

And as always, fans have to remember names such as Curry, Durant and LeBron James. Though early in the season, strap in for a wild ride—the wide-open race has just begun.