Is Semi Ojeleye a Diamond in the Rough? 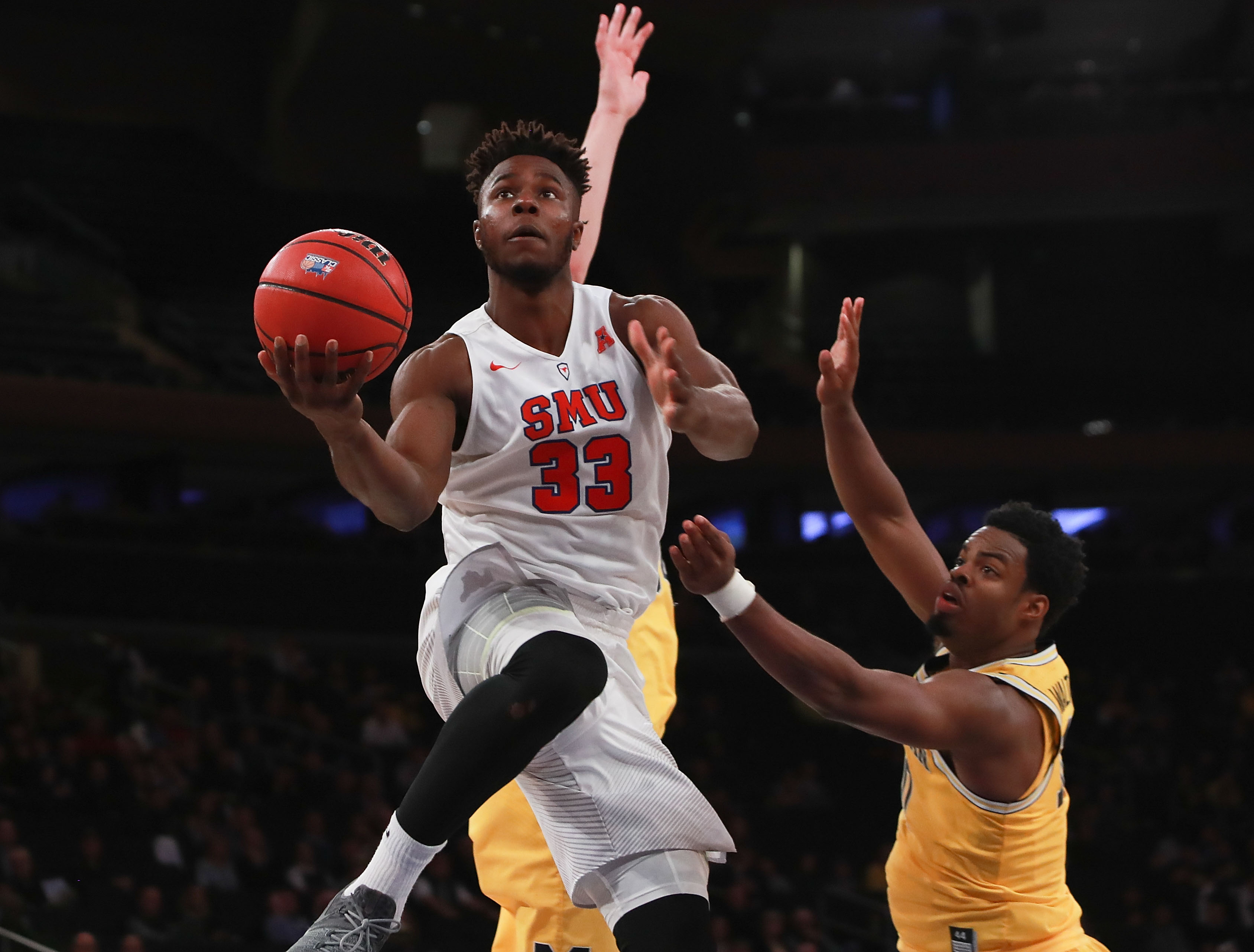 Is Semi Ojeleye a Diamond in the Rough?

Shake Milton, ranked 65th on Ilia Shatashvili’s Big Board and 59th in DraftExpress.com’s Top 100 prospects, has received much of the attention for nationally-ranked Southern Methodist University. But SMU’s Semil Ojeleye (pronounced Shim-e Oj-a-lay) should be considered an equally (if not more) intriguing sleeper whenever he declares for the NBA Draft.

Last night I attended a basketball game at Temple University for the first time since I was a sophomore there a half dozen years ago. Like Ojeleye, I transferred schools, and (to a MUCH lesser extent) enjoyed a revival of my athletic career.

Semi was a serious prospect coming out of high school, earning a scholarship to play for Coach K at Duke University. However, much like we’re witnessing in the here and now on nights when the Blue Devils are fully healthy, a tight rotation and embarrassment of riches didn’t allow Ojeleye to showcase his skills. He was a young talent wasting away on a bench.

It took two years, but change has come. After sitting out a year per NCAA transfer rules, SMU lost its tournament eligibility, and as a result former coach Larry Brown opted against playing Semi last Spring. In a contest where two of Brown’s former 76er pupils (who made the 2001 NBA Finals together) were competing assistant coaches (Aaron McKie and George Lynch), Ojeleye had the game of his life, notching his fourth double-double while pouring in a career-high 30 points (8-16 FG, 4-8 3Pt, 10-11 FT) to go along with 10 rebounds, two assists, one steal, one block, and one turnover in 38 minutes.

Listed at 6-8 and 235 lbs. with a 6-9.5 wingspan (from LeBron James camp back in 2012), Ojeleye has the strength and size to survive at the 4 and the speed, quickness, and shooting to thrive at the 3. He is already 22 years old (turning 23 in December), but it’s worth mentioning that he truly looks like a man among boys, capable of physically competing with dudes like Draymond Green. Green is obviously an optimistic comparison, but Draymond’s 2012 NBA Draft combine measurements (6-7.5, 236 lbs., 7-1.25 wingspan) are surprisingly similar to Semi’s. So are their stats.

Ojeleye isn’t on the same level as Green when it comes to distributing. Still, he has shown solid vision, including a beautiful bounce pass to a cutting teammate that led to an exclamation mark dunk, which Semi shouted and celebrated loudly. Even assuming Ojeleye hasn’t gotten any longer since 2012 and doesn’t boast Green’s outlandish 8-9 standing reach, Semilore can carve out a career in the NBA if he continues working as hard as he does.

Tucker played overseas for several years before becoming a solid 3-and-D rotation player in the NBA. I might be overreacting to one game here, but Ojeleye appeared to have a more natural offensive game, facing defenders up before splashing in their faces from beyond the arc rather than hanging in the corner and simply crashing the glass. He is a unique talent, a grinder like George Lynch, but with Aaron McKie’s jumper and Marc Jackson or Justice Winslow’s bulky build. Like Green and the Peruna, SMU’s mini-horse mascot, you better not call Semilore Ojeleye a pony. Though he appears undersized at the 4, like a pony in a horse-race, Semi is a ferocious and deadly beast, a Mustang who may or may not know mixed martial arts.

I wish I had taken some video of Ojeleye’s perimeter close-outs, because it’s the type of stuff that coaches drool over. His quick, small steps erase space faster than you can say Semi. On the interior, his length allows him to affect shots, and his lone personal foul appeared to be a bad call in my opinion, as he appeared to respect the principle of verticality. What’s more? Semi was the calming voice for his teammates, a vocal and encouraging leader. Shake Milton struggled, finishing with eight points (3-11 FG, 0-3 3Pt, 2-4 FT), seven assists, four turnovers, three rebounds, one steal, and one block in 39 minutes, and he was visibly frustrated by his performance and a lack of whistles on drives to the basket. Like a bigger brother, Semi was there to console Shake and help keep him focused on the task at hand, and sure enough Milton turned things around when it mattered most.

No. 24 SMU is 21-4 heading into Sunday’s matchup with No. 22 Cincinnati, the lone opponent they’ve faced that’s also currently ranked. SMU lost the first meeting 66-64 back on Jan. 12. Among the final stretch of regular season games, only the Bearcats and Memphis Tigers have challenged SMU. You don’t want to take too much away from what Ojeleye is doing against players who will be going pro in something other than sports, but if Ojeleye can finish the campaign on a high note and impress in the NCAA tournament, he could consider entering the 2017 NBA Draft. However, after all the time it took for him to transfer and suit up for SMU, it wouldn’t be that surprising if he ultimately decides to stick around for his senior year and continue building his résumé.