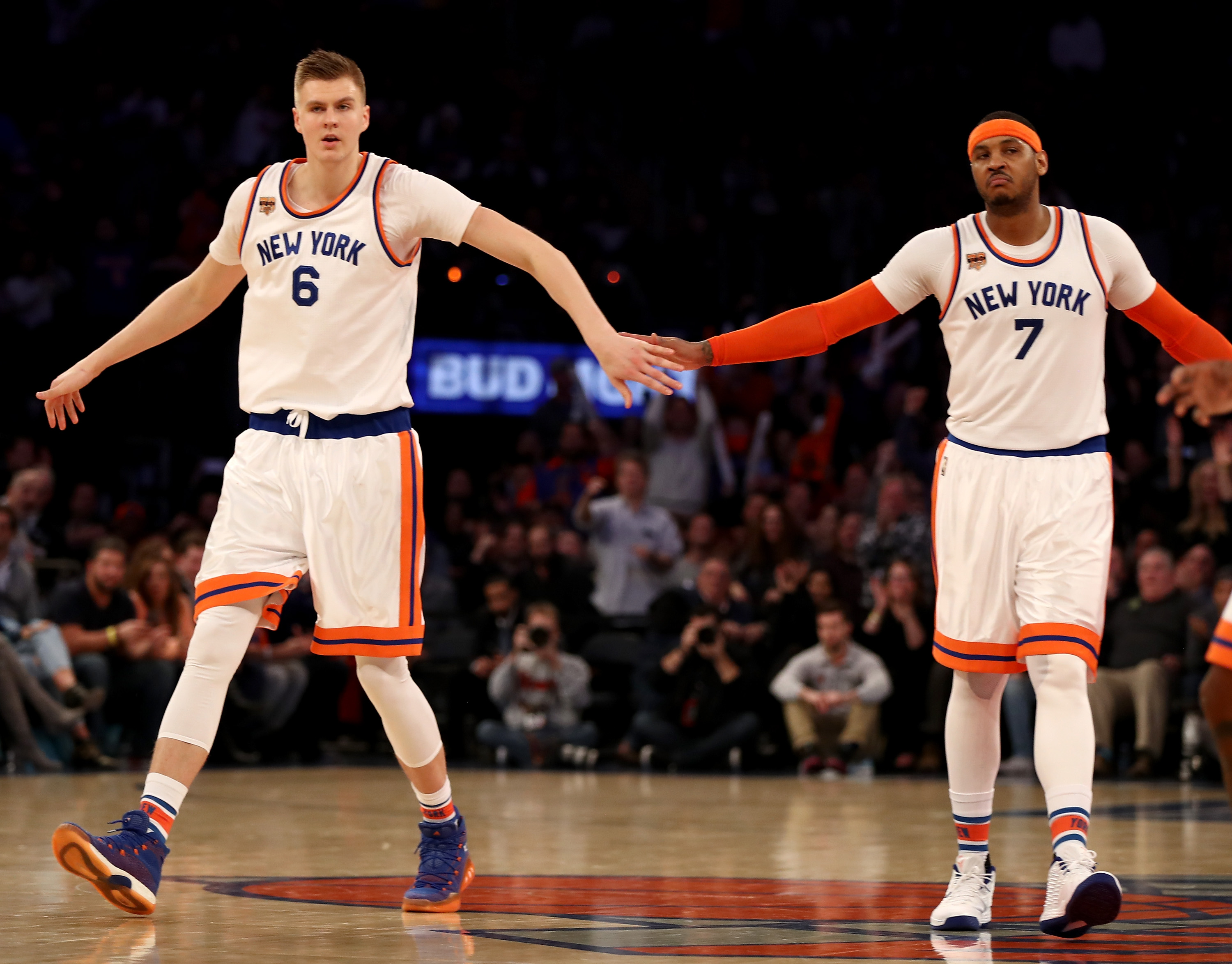 Kristaps Porzingis has said what most of the sporting world knew from the beginning—the New York Knicks were never going to compete for a title this year.

The odd trio of Porzingis, Carmelo Anthony and Derrick Rose had “bust” written all over it before the season began. Fast forward to March and the trio has the Knicks sitting 12th in the Eastern Conference.

Porzingis just had a telling interview with Marc Berman of the New York Post, where he confirmed talent alone was never going to help the Knicks win games:

“I think it was pretty easy to tell from the inside that we’re not that good of a team,’’ Porzingis said at the team hotel. “We can win games based on our talent but it’s not going to last long. [We needed] more work, attention to details, to keep growing as a team. A good team needs time to play together. It was our first year of most of the guys playing together. It never happens like that [where] you trade a couple of players and you’re a championship contender. It’s understandable we weren’t going to win the championship, but I could tell we weren’t there yet.’’

It’s a damning assessment of the franchise, especially coming from a guy only a few years into his career. Fans often get criticized for acting like they know too much, but anyone could have questioned the addition of a shoot-first point guard like Rose. It seemed like a move to sell a few tickets and simply make a splash, not win games.

These Knicks have lost to the miserable Brooklyn Nets twice now, which makes you wonder what that makes the Knicks at this point. Losing to the Nets while having a player bash the team’s need for better work, attention to details and chemistry is, well, not good.

What happens now is hard to say. Porzingis isn’t going anywhere. Anthony wants to stay and turn the team around. But time is running out with the window shutting and whether the Knicks can commit to building well is something the front office has yet to prove.