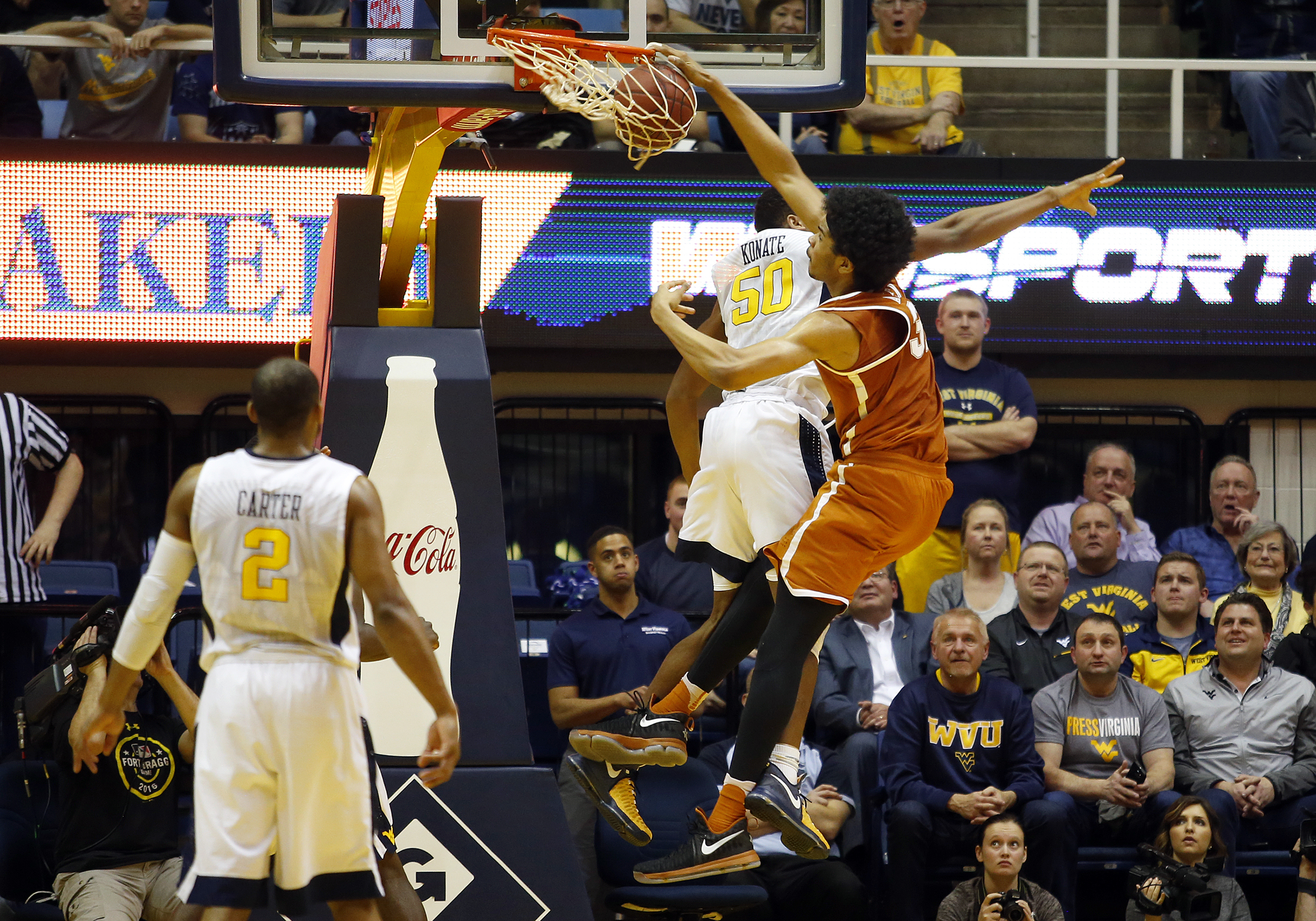 Conclusion: Jarrett is an interesting prospect that showed flashes of brilliance as a freshman at Texas, but for large portions of his freshman season lacked consistency. Scouts will question his motor because those flashes tease his athletic advantages that would be wasted and neutralized if he doesn’t bring full energy on a regular basis. Allen is not the tallest big man prospect, measuring in at 6-9 without shoes at the combine, but he makes up for it with a 7-5 wingspan, a strong frame that will develop, explosiveness, and a thick head of hair. It looks likely that he will have to settle in exclusively at the center position, as he hasn’t shown any signs of expanding his shooting range and struggled mightily at the line. On offense he uses his quickness and explosiveness to get to the rim, along with solid footwork and a pretty hook shot. Teams will want to see him take a lot of midrange jump shots in his workouts to feel out whether he can become reliable and stretch the defense out to 15-20 feet.

His season at Texas was disappointing from a team perspective and slightly below expectations individually. This is a kid talented enough in his freshman year to travel to Kansas and put up 22 points and 19 rebounds while getting to the line 14 times, so averages of 13 and eight seem very modest in comparison. Really don’t see any team in the top 10 reaching for him unless it is a very dire positional need at backup center (to start off his career). In hindsight if he does expand his range, improves his defensive fundamentals, and mentally improves his focus and motor, Allen could become the ideal starting center in the modern NBA and a long-term steal in the 11-20 range. The length, agility, and explosiveness all factor in to a prospect that can become an elite defensive presence in the post. With NBA teams devoting resources to finding bigs that clean up the glass and protect the paint, his profile fits the mold of a prospect that will be worth patiently developing. Perhaps the most positive take-away from his inconsistent effort and results at Texas is that if his offensive game doesn’t blossom, all it takes is for him to bring it on the defensive end while running the floor and catching lobs to become a very useful starting center in the league. Reasonable expectations are for a dozen teams to take a close look at him during the summer workouts and for at least one GM to fall in love with his character, personality, and defensive potential enough to select him at the back end of the lottery.