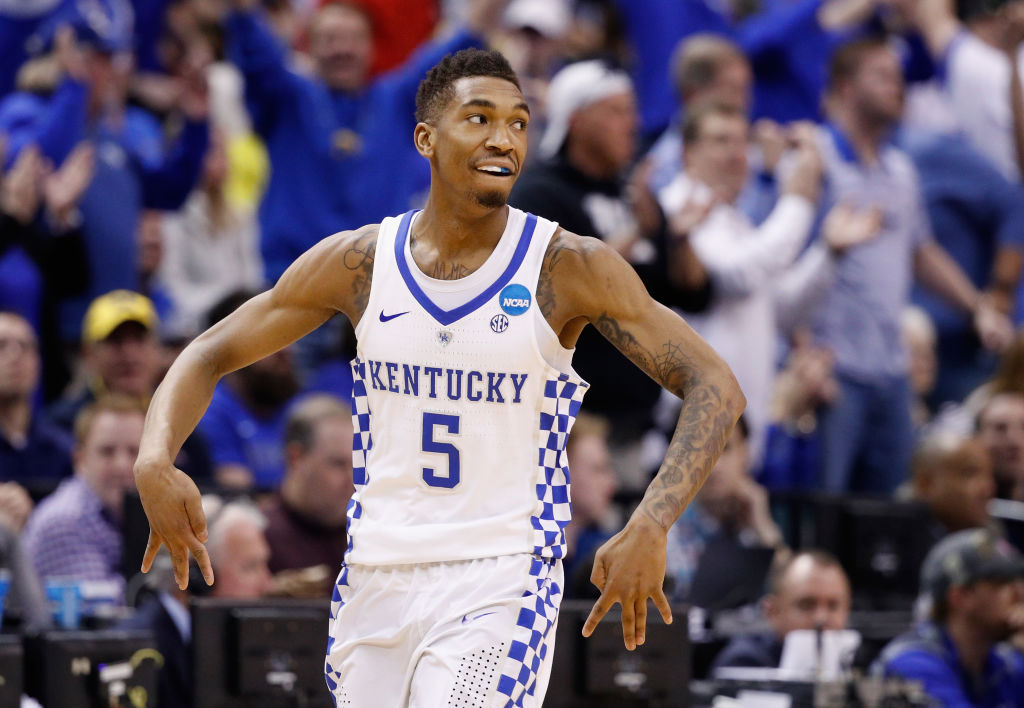 Conclusion: Malik Monk is the purest scorer in this draft. His shooting gravity will add value to any modern NBA system because of his ability to score on and off the ball. Monk is aggressive and confident pulling up from anywhere on the court and with a hand in his face. Off the ball he is in constant motion, taking advantage of screens and looking to get open for his shot. Although he is below average height for an NBA shooting guard, with a shockingly short wingspan, Monk has fantastic elevation on his shot and a quick release. This allows him to shoot without hesitation even with a defender in his grill. Also, he is one of the most explosive and athletic players in combine testing, but didn’t really show the aggressiveness inside the arc to seek out contact at the rim for UK. Monk played PG in high school but ceded primary ball-handling to De’Aaron Fox in Calipari’s system this year. This hurt his value coming into the draft, as he wasn’t afforded the opportunity to prove his effectiveness in the pick-and-roll.

Monk puts in a lot of effort on defense, as witnessed by some key defensive plays to seal big victories for Kentucky this season. Unfortunately, doubters will point to his 6-3.5 wingspan and skinny frame, legitimately questioning whether he can hang with any shooting guards in the league. The difference between him being a sixth man scorer in the mold of Lou Williams or Jamal Crawford, and a starter like CJ McCollum will come down to tightening up his handles, running pick-and-rolls, and proving that he can stay with both point guards and shooting guards on defense. Offensively, he will fit in with any lineup while defensively he will be relegated to playing in the backcourt alongside a longer athlete that will handle guarding the opposing shooting guard. Although teams may resist using a top 5 pick on Malik, don’t be surprised if he exceeds his draft slot and becomes a 20 points per game scorer. The only question is whether he will do more than just get buckets. That will be for Monk to prove the moment he puts on his new uniform. *Noteworthy update: Monk reportedly blew the Sixers away in a workout today, which means it’s possible his value will be trending up leading into Thursday night.