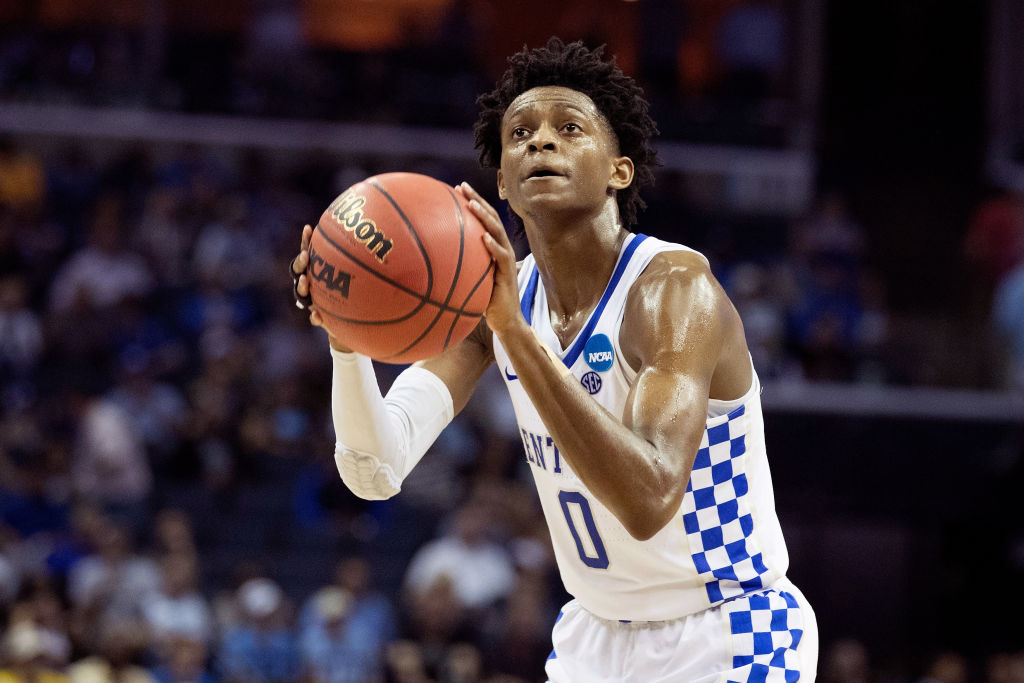 Conclusion: De’Aaron Fox was one of the most exciting players to watch in college basketball last season, leading the Kentucky Wildcats as a freshman point guard. His competitive nature and killer instinct was on full display in his head to head NCAA tournament Sweet Sixteen matchup with fellow top prospect Lonzo Ball. Fox turned a lot of heads by completely outplaying Ball in that game and displaying his dizzying ability to get to the rim with ease. De’Aaron is extremely skinny, weighing in at around 170 lbs. dripping wet, which may mitigate some some of his defensive strengths. There are serious concerns about his strengths translating from the college level to the NBA.

Fox needs to either develop a consistent stroke from deep or put on a lot of weight to complement his speed. Ideally, he can improve in both areas and develop into a positive offensive player capable of scoring even against longer athletic defenders. On the flip side, if opposing point guards can impose themselves when he is the primary on-ball defender, his teammates will need to send help his way. Fox is an intriguing prospect to consider since his elite intangibles might be diminished by his thin frame and questionable shooting ability. If a team believes that the shooting potential is there, a top-5 selection isn’t out of the question, but without any guarantee, there is a definite possibility he may never become an effective starting point guard in the NBA.