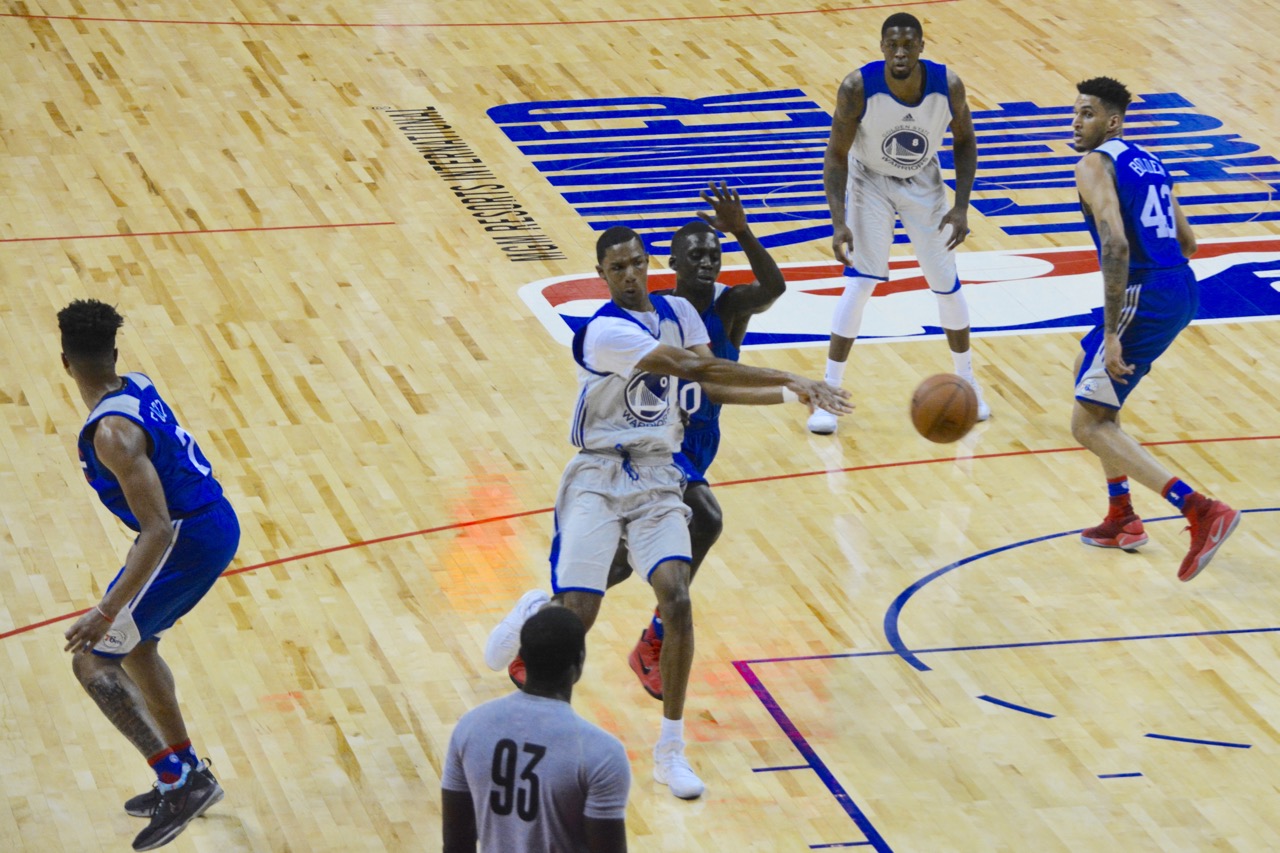 Minus Stephen Curry, Klay Thompson, and Kevin Durant to dominate the scoring load, McCaw took it upon himself to score 25 points on 20 shots in the Warriors 2017 Summer League debut, a 95-93 loss to the Philadelphia 76ers Saturday night.

When asked about the difference between sometimes appearing hesitant during the regular season and his aggressive approach to Summer League, the former UNLV guard said the amount of talent took time to get comfortable with.

“I’m playing with arguably the best shooters to ever play the game, KD, Steph and Klay,” McCaw said. “So when I get catches where I’m wide open I’m uncertain if I should shoot it or not.”

The Warriors’ second-round pick in the 2016 NBA draft averaged 8.2 shot attempts per 36 minutes of playing time during his rookie season; not at all surprising given the talent around him.

Scoring isn’t the only way he’s increasing his role this summer. McCaw is taking leadership opportunities wherever he can and trying to set an example for other players.

Against the 76ers McCaw directed players on defense, calling for them to change positioning or watch for certain offensive schemes.

McCaw spoke in Summer League practice Friday about his mindset of trying to grow as a leader.

“I think that’s the next step for me in my basketball career,” McCaw said. “Becoming a better leader, being more vocal and just showing guys how to play the game the right way. I’m starting to do that.”

The Floor Seat 3m ago