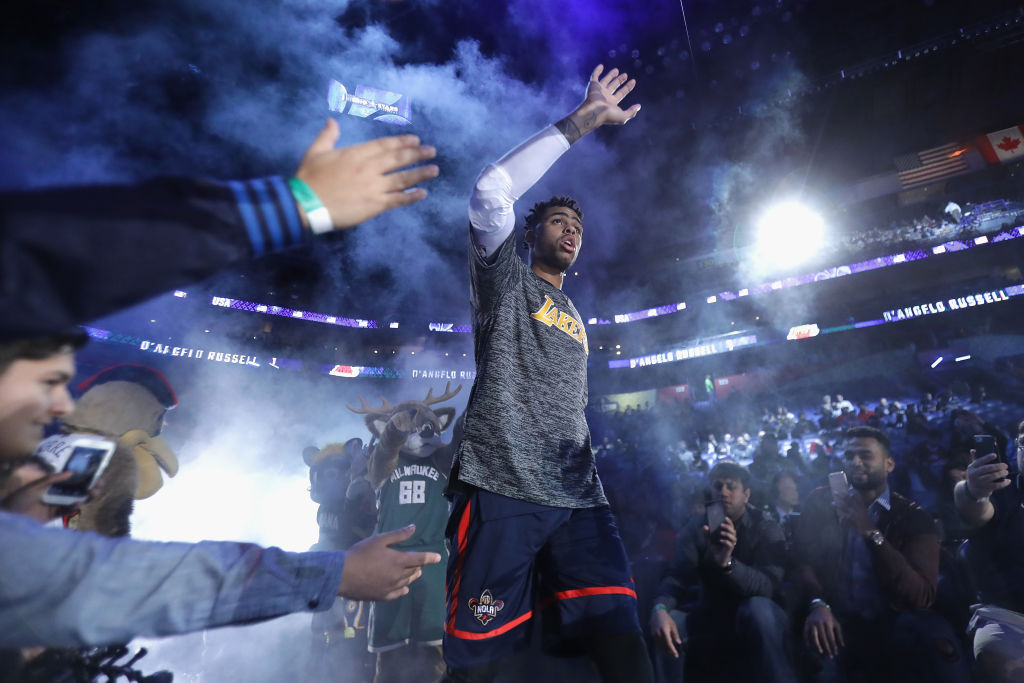 D’Angelo Russell is the Brooklyn Nets’ prospect with the highest ceiling, and he immediately becomes the x-factor going into his first season with the franchise. Russell and the Nets have a great opportunity to show significant progress in 2017-18.

When a franchise is in the midst of a steady rebuild, the x-factors are usually young prospects that have the potential to become long-term foundational pieces on which the organization can build around.

Without the luxury of lottery selections, the Nets acquired the former second overall pick in 2015 via trade this summer. In a move that clearly demonstrated their belief in Russell’s tremendous talents, the Nets were willing to part with their best player (Brook Lopez), the 27th pick, and probably more significantly, they took on the remaining three years and $48 million on Timofey Mozgov’s contract.

That is a fair price to pay for the opportunity to develop a prodigious point guard talent with a polished offensive skill set. This season will involve bringing together the core of young players on the Nets, and Russell will be the fulcrum of the offense. With freedom to operate, expect Russell to take advantage of the Nets’ league-leading pace both on and off the ball and in transition. Having Jeremy Lin as his backcourt mate will allow Russell to roam off the ball and take advantage of screens for open 3’s. On the ball, Russell will definitely be effective in the pick-and-roll game, throwing lobs up for Mozgov and rookie Jarrett Allen.

The Nets spent this offseason re-tooling their offense by bringing in a combination of young talent and veteran role players. The acquisition of Allen Crabbe gives them a bona-fide shooter. His gravity will give space to Russell and Lin on the perimeter and room for the bigs to operate in the post. After a few seasons in Toronto where DeMarre Carroll struggled with consistency and injuries, he will look to rediscover his effective 3-and-D game from back in his days with Atlanta. He can be plugged in as the starting small forward and play power forward when coach Atkinson decides to ramp up the pace with small-ball lineups. Trevor Booker will primarily play power forward while Mozgov will likely split time at center with Jarrett Allen getting plenty of opportunities as a rookie to develop chemistry with Russell.

As a rookie, Caris LaVert came back earlier than expected from injury and had an extremely impressive campaign for those that were paying attention. His scoring punch will come in the form of sixth man, and the Nets will be looking for him to improve his defense to take advantage of size and switching versatility. Swiss army knife defender Rondae Hollis-Jefferson will be the quarterback of the defense and Atkinson will find creative ways to get him 20+ minutes regardless of role. It’s easy to forget that RHJ is only 22 years old. The rotation will be completed with Sean Kilpatrik’s streaky scoring, plus Isaiah Whitehead, Quincy Acy, and Spencer Dinwiddie contributing as energizer bunnies.

Coach Atkinson comes into this season with a viable NBA rotation and the talent to stay competitive in all 82 games. Most importantly, his barometer of success will be evaluated in terms of development and progress, and no single player will embody this more than Russell. D’Angelo has the ability to put up counting stats, but the Nets will want to see him progress as a franchise player. This entails running the offense efficiently and cutting down on errant passes, lazy ball handling, poor shot selection, and wasted possessions.

D’Angelo’s creativity and skills are exciting, but will be reigned in by the offensive schemes Atkinson decides to run. Expect Lin to carry a sizable portion of the primary ball-handing load. Perhaps sitting down with Russell and Lin and showing them game tape of how the Warriors run the offense could help everyone understand the bigger picture. Russell’s role should ultimately be to function as the point guard of the Brooklyn offense much in the same way that Curry is an able and willing off-the-ball contributor when Durant, Green, Iguodala, or Livingston have the rock.

The Nets don’t have Durant or Green, but Lin is a capable offensive initiator who will be able to drive and dish in a motion offense. This means Russell, Crabbe, and Carroll should be ready for kick-outs for open 3’s. Essentially, the Nets will be looking to seize the day now that they have the talent to implement an offense and defense in the mold of the current NBA champs. The Warriors have made giant strides in showing the rest of the league how to effectively run a motion offense and switch everything defensively. The Nets do not have the same high-caliber talent at every position, but they have the talent to run similar offensive sets and the athleticism and length to nurture defensively.

No one will have more of a spotlight this season than the 21-year-old D’Angelo Russell, who begins a new chapter of his career on his path towards potential stardom. Do remember: Steph Curry was 21 coming out of college. The legend of D’Angelo Russell has only just begun.