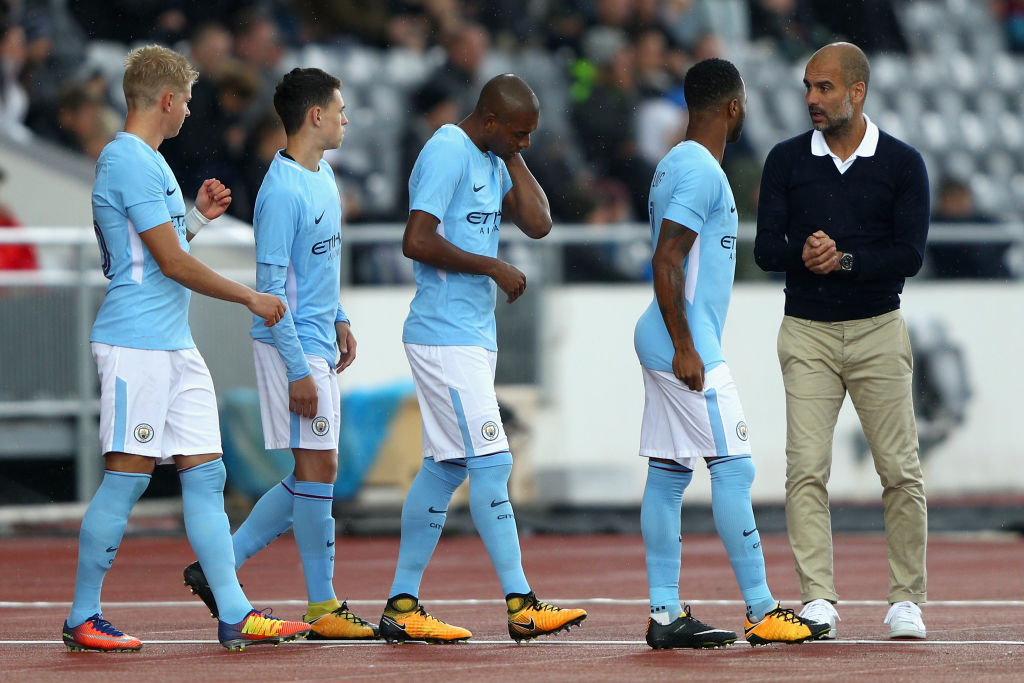 With the 2017-18 English Premier League season set to begin on Friday, Chelsea enters the campaign faced with high expectations as defending champion. In the EPL, however, you need to continue to improve if you are to repeat as champion or another team will snatch the glory for themselves. With the transfer window set to close in about three weeks’ time, one team has kept its core players in tact while picking up the pieces necessary in order to compete and claim the top spot in the EPL.

Last season proved to be a frustrating one for Manchester City, as they found themselves finishing in third place, 15 points adrift of first-place Chelsea. Manager Pep Guardiola has convinced management to open their wallets and to do it early. As a result, they were able to solidify their defensive back line by acquiring Danilo, Kyle Walker and Benjamin Mendy, and just missed out of acquiring Dani Alves (who later left Juventus to join his national teammates at PSG).  With the defensive play being their Achilles heel last season, Guardiola acted quickly and decisively in order to shore up what proved to be a porous defense last season. With the maturation of center-back John Stones and the return of a healthy Vincent Kompany, the defensive play of Man City should become second to none in the EPL.

Behind the defense in goal, Man City has relegated much-maligned Claudio Bravo to the back-up role. Choosing to start 23-year old Brazilian keeper Ederson from Benfica. While the transfer fee they paid for Ederson is in excess of $45 million and might seem a bit steep, Guardiola feels that Ederson can be a game-changer between the pipes for years to come.

Man City has made no personnel changes to its midfield, but based upon the roster, there would seem to be little room for improvement. World-class veteran players permeate their midfield, with names like Kevin De Bruyne, David Silva and Yaya Toure. They are also looking ahead, with 21-year old returning star Leroy Sane and 22 year old Bernardo Silva (poached from Monaco in May for $55 million) strong midfield contenders.

While their strikers have had solid seasons and are returning, they are grappling with one central issue. Should they start veteran Sergio Aguero, up-and-coming Gabriel Jesus, or find a way to pair the duo as a cohesive forward line? Frankly, there’s not a team in the EPL that wouldn’t welcome a problem like that. And with names like Wilfred Bony and Raheem Sterling rounding out the striker corps, Man City might be leading the league in goal differential come May 2018.

With a roster this strong, Man City is currently still pursuing two high-profile players through the transfer window, Alexis Sanchez of Arsenal and Kylian Mbappe of Monaco. While other teams are pursuing these two players and a move by either star to Man City is not likely, even one signing would further strengthen the depth chart of the already-stacked-with-talent squad.

While the management of Man City has opened up their wallets to enhance the roster, it is fair to say that the owners have high expectations, and are expecting silverware to be won by the team. At a minimum, Guardiola must claim the top spot in the EPL as well as a top spot in the Champions League. With management committing a few hundred million dollars to provide top-notch talent, as requested by Pep, he will most likely be shown the exit door should he fall short of their expectations. But with the seasoned veteran as manager leading the charge, and top-flight players in each position, look for the EPL trophy to return to the city of Manchester — not to the Red Devils, but to the Sky Blues.