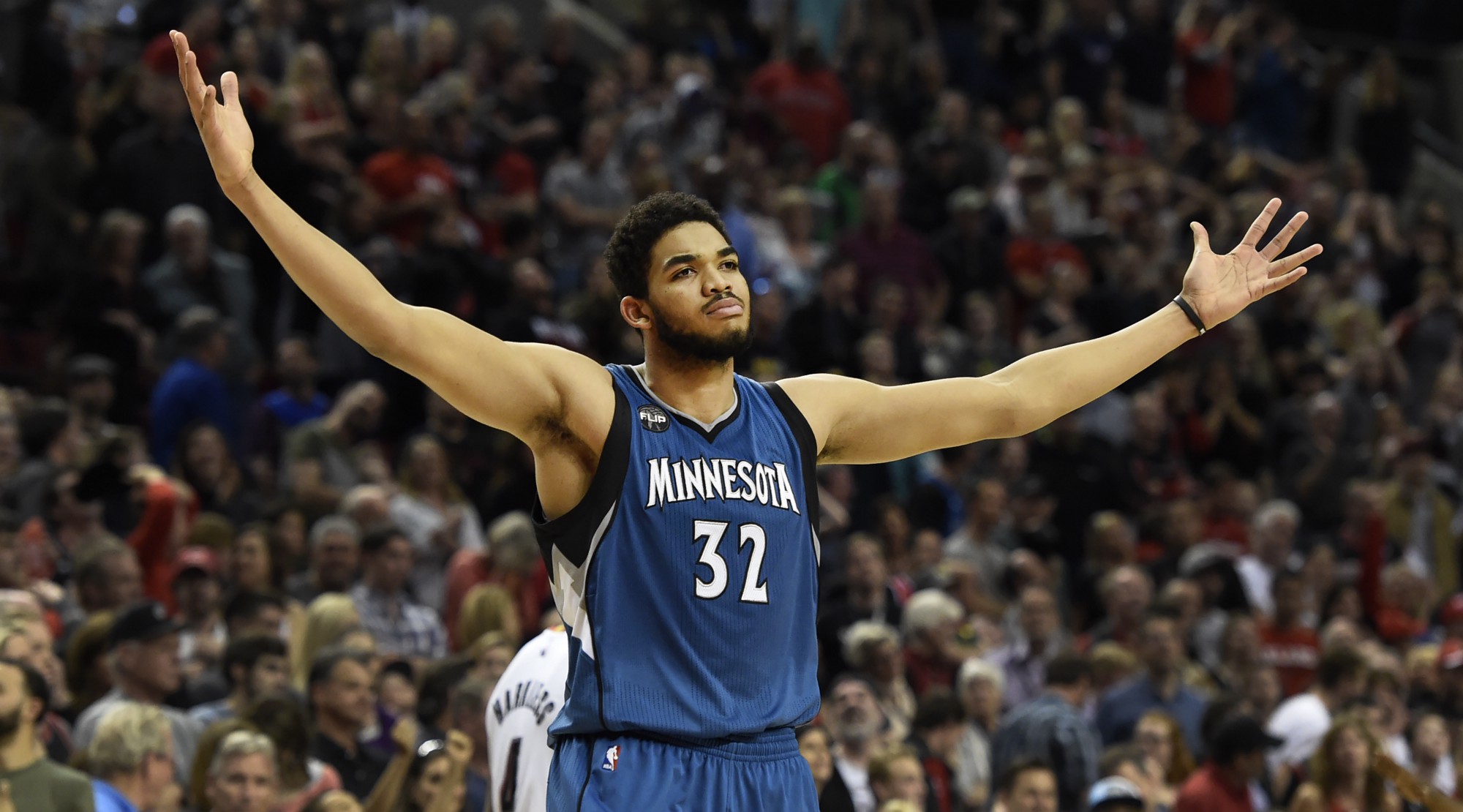 The Minnesota Timberwolves had an action-packed offseason that should result in a postseason berth. Karl-Anthony Towns is the key to achieving more.

After 13 years of wandering in the desert, the Minnesota Timberwolves seem primed to finally return to the postseason.

Last season team personnel, fans and media alike were quick to jump on the Minnesota bandwagon. An exciting young core of star talent and a strong finish to 2015-16 had bred elite optimism for the team. With Tom Thibodeau installed as head coach, this franchise was ready to make the leap.

The offense came together, and the Wolves finished tenth in the league in offensive efficiency by season’s end. Center Karl-Anthony Towns was a monster inside, scoring at will. He and Gorgui Dieng proved to be a perfect pairing on the glass, propelling the Wolves to the third-best offensive rebound rate.

But NBA defense is hard, and one of the league’s youngest teams needed time to learn how to move on a string. Jumping out to leads is important, but they had to fail at holding those leads a few times in order to learn from the school of hard knocks how to close games out.

They addressed those two biggest weaknesses in a major way this offseason, trading for Chicago wing Jimmy Butler. One of the league’s best wing defenders, Butler is also a steady hand late in games with the ball. Since reaching the NBA, Butler made the postseason in five of six years with the Bulls, and now he’s bringing the high-pressure experience Minnesota’s roster needed.

Also joining the Timberwolves this offseason was point guard Jeff Teague, who has one-upped Butler in making the postseason every single year of his career. While he doesn’t boast the elite on-ball defense of the man he replaces, Ricky Rubio, Teague has a more diverse offensive repertoire and represents a necessary change at the position. Veterans Taj Gibson and Jamal Crawford joined the rotation as well.

Each of the newcomers will play a role, and it will be crucial to see how the squad adjusts to not having Rubio defending the point-of-attack. Butler will need to settle into a different ecosystem than he is used to, paired with two other high-volume scorers.

Andrew Wiggins looks the part of a star, scoring in isolation with an array of stepbacks, spins and jumpers. He poured in 23.6 points per game last season, and looked smooth doing so. But the reality is that he was not yet a star, instead a good young player taking inefficient shots and failing to adequately guard the opposing team’s best player.

The pressure is off Wiggins now, however. He doesn’t have to be “the man” on this team; he just needs to step into the role of third banana. The 22 year-old can guard the lesser wing while Butler checks the best; he can cut off-the-ball while Butler creates offense at the end of games. He can grow without the weight of the team on his shoulders.

Minnesota will have a place in the postseason barring the grossly unexpected. But in a Western Conference loaded with star talent, to do anything more than qualify for the playoffs this team needs to have their best player step up. Karl-Anthony Towns, not Butler or Wiggins, is the X-Factor for the Minnesota Timberwolves.

Towns’ development on defense is the biggest key to this team’s postseason hopes. His offense is there, and his wide range of skills and proficiency as a scorer should make him an All-Star this season even in the highly-competitive Western Conference. But defensively he has work to do.

Although he ranked third among centers in ESPN’s real plus-minus on offense, defensively he ranked 63rd – out of 63 eligible players. Jahlil Okafor, Enes Kanter, Joffrey Lauvergne, and Georgios Papagiannis were among the centers to rank better defensively than Towns.

If a team’s best player is a sieve on defense – especially at the defensively-crucial position of center – it completely hamstrings their ability to compete. Towns has all the physical tools necessary, and he has proven himself to be an intelligent basketball player. Now he needs to translate that to making a true defensive impact.

It becomes even more critical given the personnel changes for the Timberwolves this offseason. Butler is an upgrade on the wing, but Teague is a clear downgrade defensively from Rubio at the point guard position. Jamal Crawford signed on as the sixth man, and he hasn’t played defense since KAT was learning to walk.

Improvement from Towns on that end of the floor won’t just help a defense ranked 26th in the league last year. It will also give the offense the opportunity to excel. Tom Thibodeau, defensive guru and hard-nosed helmsman, is not going to entrust his defense to the Towns who played horrid defense last season. He signed Taj Gibson and extended Gorgui Dieng to trot out lineups with two big men at all times to help cover for Karl-Anthony’s weaknesses.

By improving on defense, Towns can earn the trust of his coach, and unlock more versatile lineups for Minnesota down the line. A Timberwolves team sliding Butler to the 4 and adding a wing is suddenly that much more dangerous. In a Western Conference playoff field littered with the Golden State Warriors and Houston Rockets, among others, the ability to go small is important for any hope of playoff success.

Jimmy Butler is a true star in this league, making an impact on both ends of the court. Andrew Wiggins is young with all the tools to be great, and likely has plenty of growth still to come. Both are extremely talented and will help the Minnesota Timberwolves win a lot of games.

But neither Butler nor Wiggins is going to win an MVP award. Karl-Anthony Towns has that level of talent, and odds are in his favor to win at least one such award during his career. He is the superstar of this core. For the Timberwolves to reach their ceiling, the key is Towns’ development on defense.

If he gets there? Then Minnesota, not New Orleans or Los Angeles or Utah, will have the league’s most dominant two-way force inside. And history tells us such a player can bring serious hardware to a team’s trophy cabinet.

Those dreams rest solely on the shoulders of Karl-Anthony Towns. Can the Timberwolves’ X-factor step up?