Joel Embiid is the X-Factor for the Philadelphia 76ers 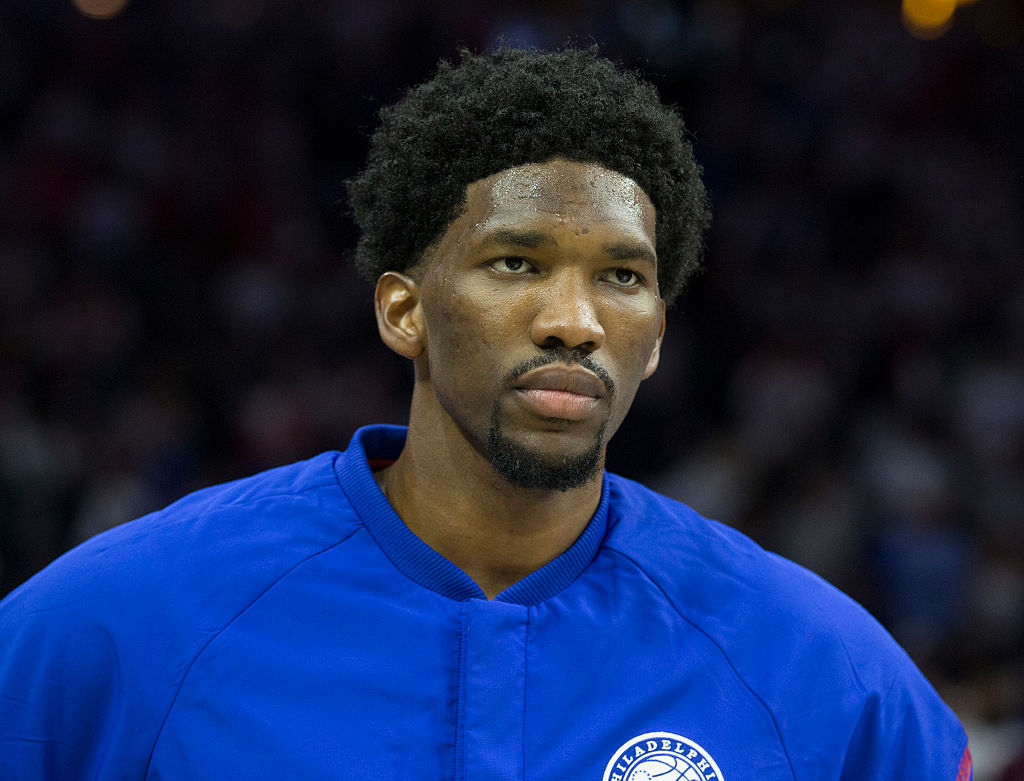 Joel Embiid is the X-Factor for the Philadelphia 76ers

The talent is notable and exciting. 2016 first overall pick Ben Simmons, after a year off following a Jones fracture in his right foot, will be ready to play and provide the same playmaking ability that made him a can’t-miss prospect before his injury. 2017 first overall pick Markelle Fultz is entering his rookie year after a dynamic season at Washington. Guys like Dario Saric, Timothe Luwawu-Cabarrot, Richaun Holmes and T.J. McConnell provide intrigue. Take a glance at two of their veteran starters – J.J. Redick and Robert Covington – and you have several pieces that should equate to a playoff appearance.

Philadelphia’s lynchpin, however, is the charismatic, talented center Joel Embiid.

After missing the first two years of his career, Joel Embiid came out as a force for his first official basketball season. The regular season numbers – 20.2 points, 7.8 rebounds, 2.1 assists – were some of the best numbers from this past season’s rookie class. It was clear from game one that the 22-year-old Embiid was not just another player, but a potential star for the 76ers to build around.

What made Embiid a potential superstar was the statistics, but there was more within the numbers. Embiid was occasionally bringing the ball up for the Sixers for coast-to-coast finishes. For a center, Embiid has good ball-handling ability and creates for his teammates. A team missing shooters last season, the group of Covington, Redick, Fultz, and Furkan Korkmaz should create an even more dangerous offense for Philadelphia. Even Embiid is a dangerous shooting threat, knocking down 36 percent of 98 three-point attempts last season.

Offensively, Embiid is fine and should continue to be a main focal point in the team’s success. However, it’s the defensive end where Embiid can come through and shine.

The biggest shock of Embiid’s overall campaign was how effective he was on the defensive end after missing two straight seasons with various foot injuries. Had Embiid qualified, his 7.7 percent block rate would’ve led the league, even over defensive stalwart Rudy Gobert. According to 82games.com, Philadelphia was almost 10 points better on defense when Embiid was on the floor, providing further proof of his defensive dominance.

His biggest defensive asset was his ability to impact shots at the rim. Among the players with defensive field goal attempts at 4.5 or higher, Embiid had the highest differential, -17.8 percent, than the field goal percentage allowed on shots within six feet. That number ranked higher than Gobert, Draymond Green, Kristaps Porzingis and Hassan Whiteside. His newest teammate, Amir Johnson, ranked fifth in that category. Simply put, Philadelphia can operate as a top-10 defense with Embiid on the floor.

On its face, a two-way center who can space the floor and create on the offensive end, all while blocking shots and anchoring a top-10 defense? It’s easy to say that Embiid is the team’s biggest X-factor. The “factor” in it is his games played. Last season, Embiid played just 31 games. All of the goodness Embiid could provide was for barely half a season. The Sixers already came out and said they’ll manage his playing time, but what does that mean, and how many games can Philadelphia survive without Embiid yet still make the playoffs?

The second part is the most important part. If Philadelphia can have Embiid for 65 games, that would be a bonus for them and place them firmly in a tier with Indiana, Detroit, and other eighth seed hopefuls. If Embiid takes a modest bump, say 45 games, that margin for error is vast for the Sixers.

Philadelphia has brought in some players in order to combat this. Simmons’ return, along with Fultz and Redick, should help cover the offensive end, while Amir Johnson should be able to assist on the defensive end. The issue, however, is that Embiid is one player, one spot that allows you to place four different fulcrums around it. Despite having only 31 games of experience, Embiid already possesses the ideal game to be a central hub on both sides of the ball.

If he can remain healthy, Embiid could be anchoring the first playoff team since 2012. If it’s more of the same with Embiid, including daily trips to the sidelines, the Sixers’ future could be on delay, at least for another season or two.