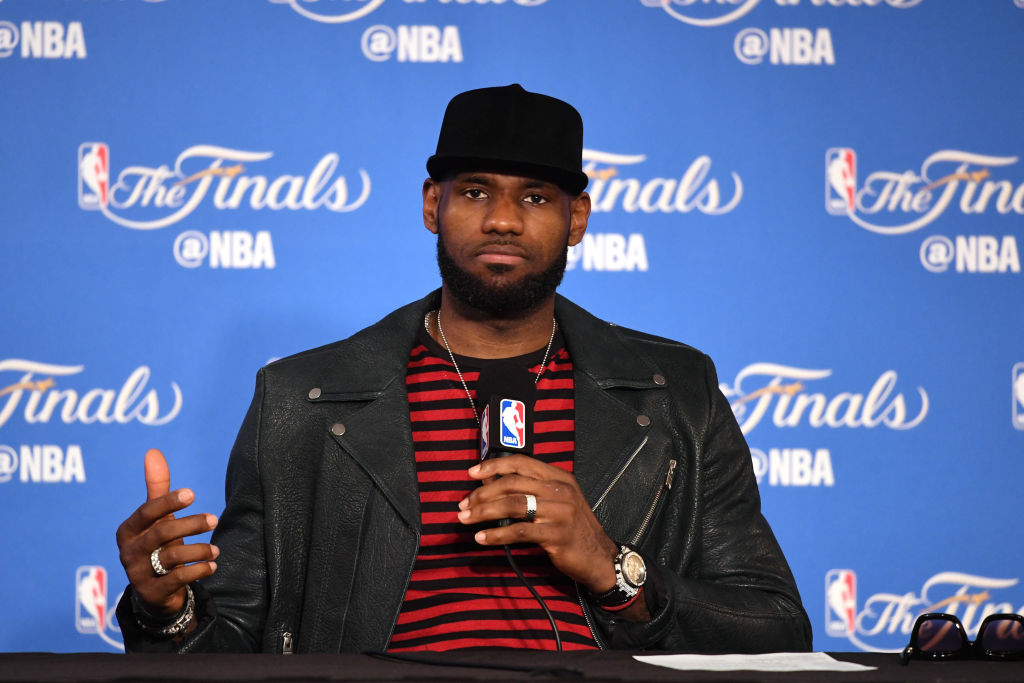 LeBron James may still be the best player in the world, but it’s hard not to look at him as a huge distraction for the Cavs — especially this season.

James, who owns a house in the Los Angeles area, has failed to make a long-term commitment to the Cavs, and a lot of reports are suggesting that he’ll opt out after the 2017-18 season.

There’s been a lot of speculation about where James could end up if he does leave Cleveland, with Los Angeles being at the forefront. It makes sense as an attractive destination, and also for his family. And let’s be honest: LeBron wants to be the center of attention, wherever he is, and he’d certainly get that in Los Angeles, which has become a basketball city.

If James does consider joining the Lakers, it’s certainly possible that Paul George would join him. But what about Russell Westbrook? The two will be teammates on the Thunder this season, and it would make sense that Westbrook would want to return to SoCal — where he grew up. He’d also have a great shot to win a title.

Erin Pincus of Bleacher Report produced an interesting report about the possibility of James teaming up with Westbrook in Los Angeles.

Whispers around the NBA suggest James would love to team up with the explosive guard.

How would teams defend two triple-double powerhouses like James and Westbrook?

On most nights, they don’t…

That said, when asked, various NBA executives believe Westbrook will eventually sign his deal with the Thunder.

George may be more attainable, especially with the Lakers essentially off the hook for the tampering charge levied by the Pacers.

It sure looks like the Lakers will be the next superteam assembled, and they’ve been clearing the cap space to potentially make it happen.