John Lackey and Willson Contreras went off on umpire over missed strike call, got ejected 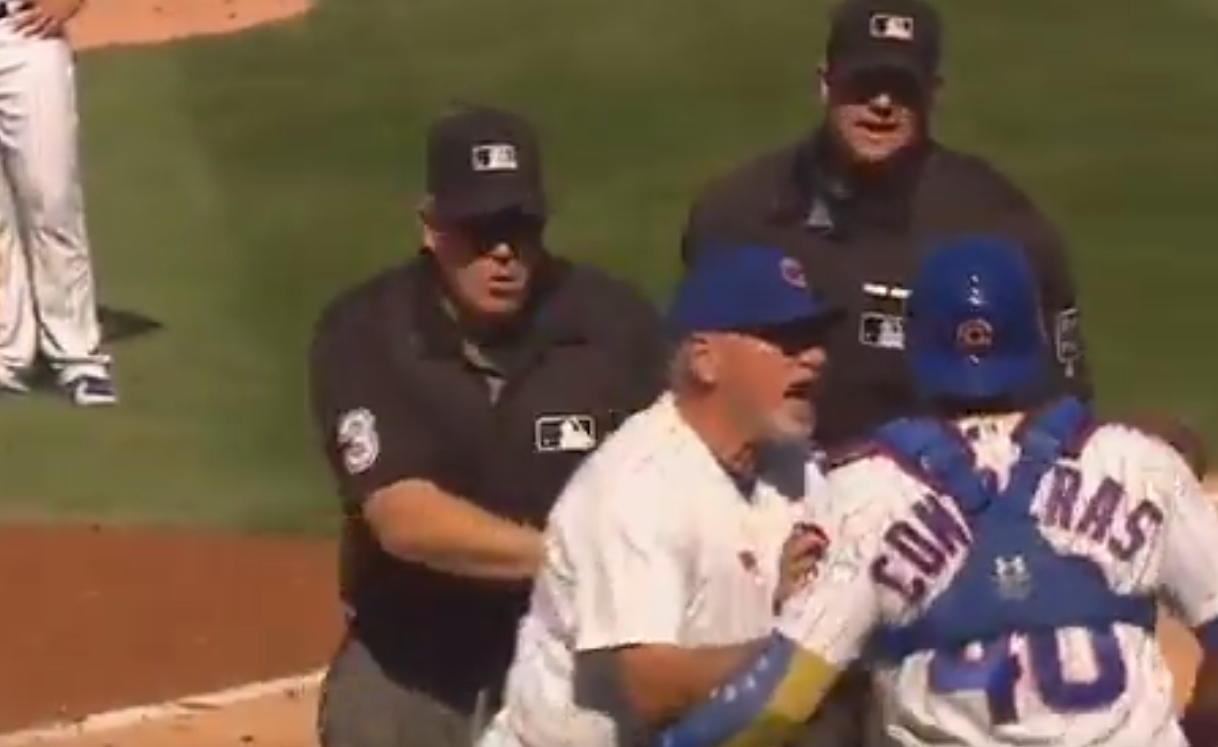 John Lackey and Willson Contreras went off on umpire over missed strike call, got ejected

Cubs veteran pitcher John Lackey believed he had struck out a batter to end the fifth inning of Friday’s game against the Cardinals, but the umpire behind the plate didn’t see it that way.

Lackey appeared to throw a strike that Carlos Martinez took, and it would’ve ended the inning. The umpire called it a ball, though. You can be the judge as to whether or not it was a strike. It looked to be a good pitch to most of us.

Another look at the pitch that led to John Lackey and Willson Contreras's ejection. Pitch No. 5 was called a ball. pic.twitter.com/0ig39dsAC0

Martinez then singled on the pitch that followed to drive in a run and give the Cardinals a 2-1 lead. That didn’t sit well with Lackey, who went off on the umpire. Catcher Willson Contreras also joined him, and even spiked his mask to the ground, which bounced and hit the umpire. That action could result in discipline from the league.

Both Lackey and Martinez were ejected, and that seemed to fire the Cubs up. They went on to score seven runs in the inning that followed, jumping out to a 8-2 lead against their division rival.