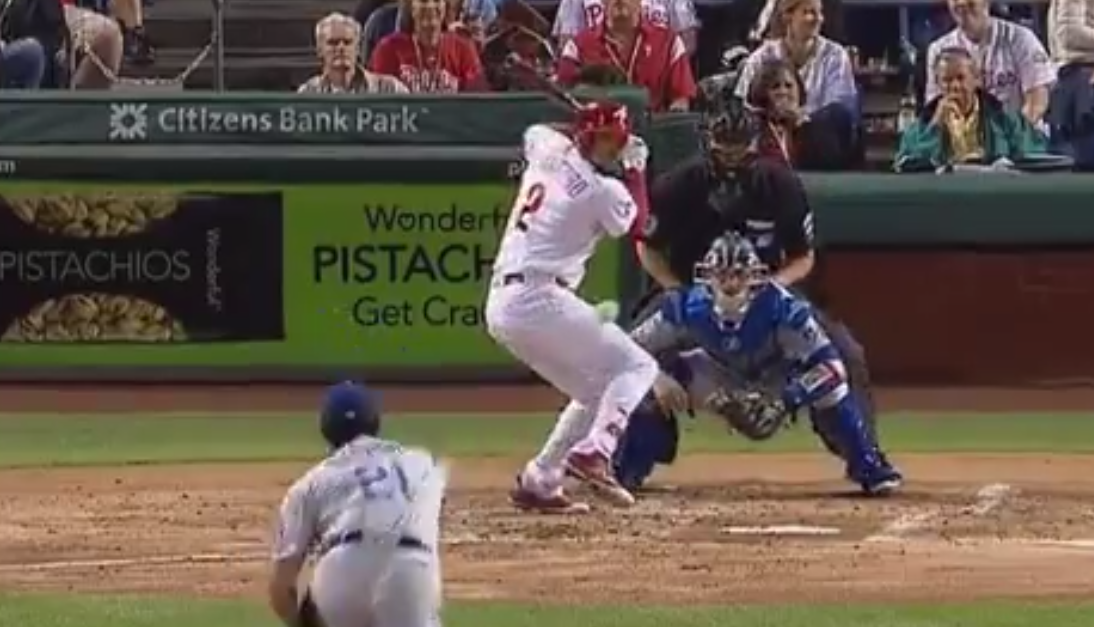 Part of what makes Dodgers pitcher Yu Darvish so great is his arsenal of pitches. He has so many different offspeed pitches, and if he’s commanding them and mixing them in with his fastball — it’s game over. Opposing team shouldn’t even bother showing up.

Darvish struggled in his first few starts after being traded to Los Angeles, which is understandable, given the switch from the American League to the National League, and also pitching in a big city in front of a passionate fan base. But he’s settling in nicely now, as the team’s No. 2 behind Clayton Kershaw.

The young Phillies batters were no match for him on Tuesday night, as Darvish got them to swing and miss plenty of times. One of those happened when he threw this disgusting 85-mph slider which, at first, looked like a fastball, and then it literally just dropped out of the zone at a moment’s notice.