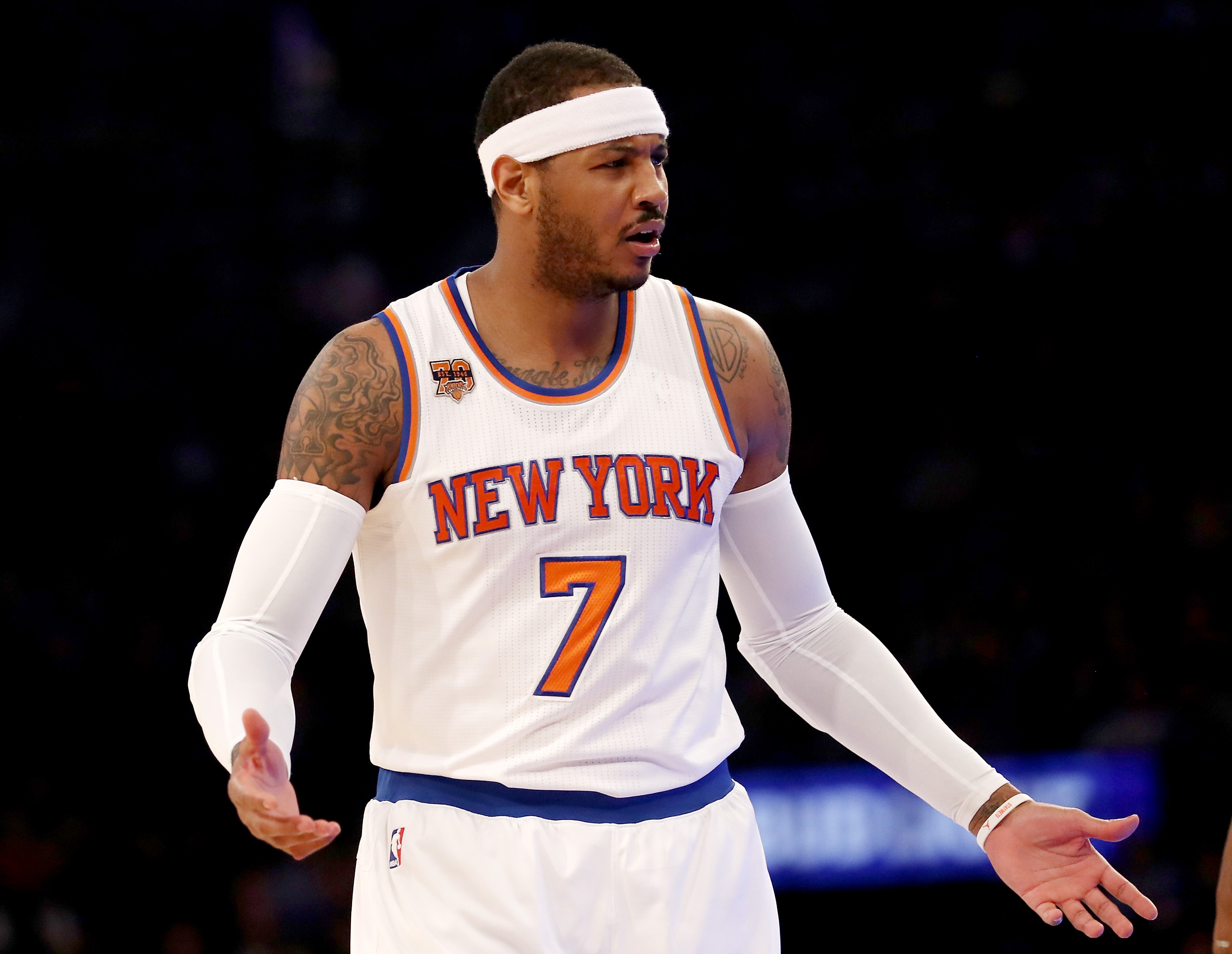 The Carmelo Anthony sweepstakes is still a hot item heading into the 2017-18 season, and there aren’t really any other rumors of this magnitude floating around the NBA at this time. Once Melo is finally moved, the talk of blockbuster acquisitions can finally be laid to rest, after a crazy summer.

While Damian Lillard and CJ McCollum seem to feel that Melo is interested in heading to Portland, the rumors suggest otherwise, and it sure looks like he’s headed to Houston. They were always the favorite to land him, and it seems like this is a move that’s going to happen, and soon.

Frank Isola of the New York Daily News knows Melo as well as anyone, and is very close with his camp. Isola reported on Wednesday that he’s “cautiously optimistic” Anthony will be traded to the Rockets by Monday.

Here’s what he had to say about the potential move:

“Two weeks ago, Carmelo’s wife, La La, said the family thought a trade would have been completed by now. Mentally, Carmelo and his family have moved on to Houston. Reality is another story.”

But there’s still some reason to pump the brakes, and the move is not set in stone.

“The Knicks under new team president Steve Mills and new general manager Scott Perry are well within their right to wait for the best deal possible before finally sending Carmelo on his way,” he said. “The problem, however, is that Carmelo has limited his trade list to one team, the Rockets. So, unless Houston can find someone to take Ryan Anderson’s contract (he’s owed over $60M over the next three seasons), Carmelo is stuck in limbo.”

Melo, at 33 years of age, isn’t a top-20 player anymore, but he’s still a difference-maker and he’s very motivated to win a title, having been stuck on some terrible teams throughout his career. Last season, he averaged 22.4 points and 5.9 rebounds per game, and would be a great compliment to James Harden, Chris Paul and Trevor Ariza. The Rockets appear to be “all in” on winning a title over the next two years, especially if they make this move. So they’d better hope it works out if it does happen, because they’ve given up a lot of young stars to do so.