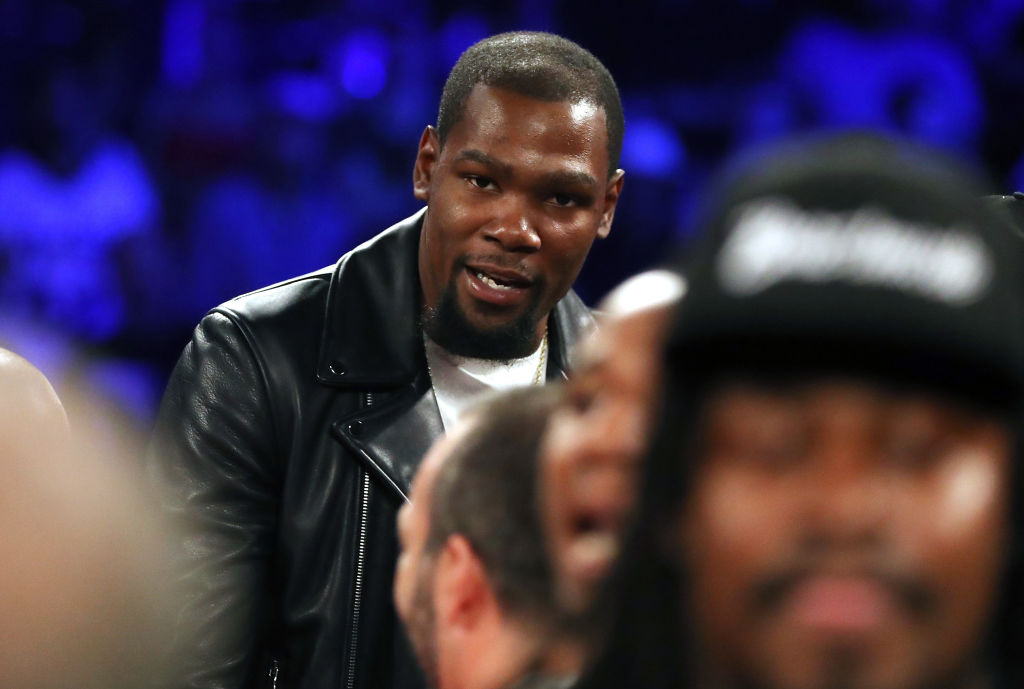 Kevin Durant was involved in an odd social media exchange over the weekend, when he was caught using a ghost account to compliment himself.

That was strange, but was even weirder was what he had to say about the Oklahoma City Thunder and head coach Billy Donovan. Also, there were some comments about what he had to say about his agent, and how he teed off on him after making the decision to head to Golden State. Durant was left questioning the decision, and thought he had been talked into a move he didn’t want to make, which suggests he had second thoughts about going.

We knew that probably wouldn’t go over well with his teammates and sure enough, it didn’t.

Chris Mannix of The Veritcal reported this about it on Wednesday:

“Many in Golden State, team officials and players alike, have taken note of Durant’s oddball offseason and are perplexed by it. They see a bright future for Durant in Oakland, league and team sources told The Vertical, and are bewildered as to why he is still addressing his past.”

That’s certainly understandable, as Durant had previously led on that he was completely sold on going to the Bay Area. But now this course of events suggests he wasn’t. It will be interesting to see what his teammates — especially Steph Curry, Klay Thompson and head coach Steve Kerr — have to say to him about it.