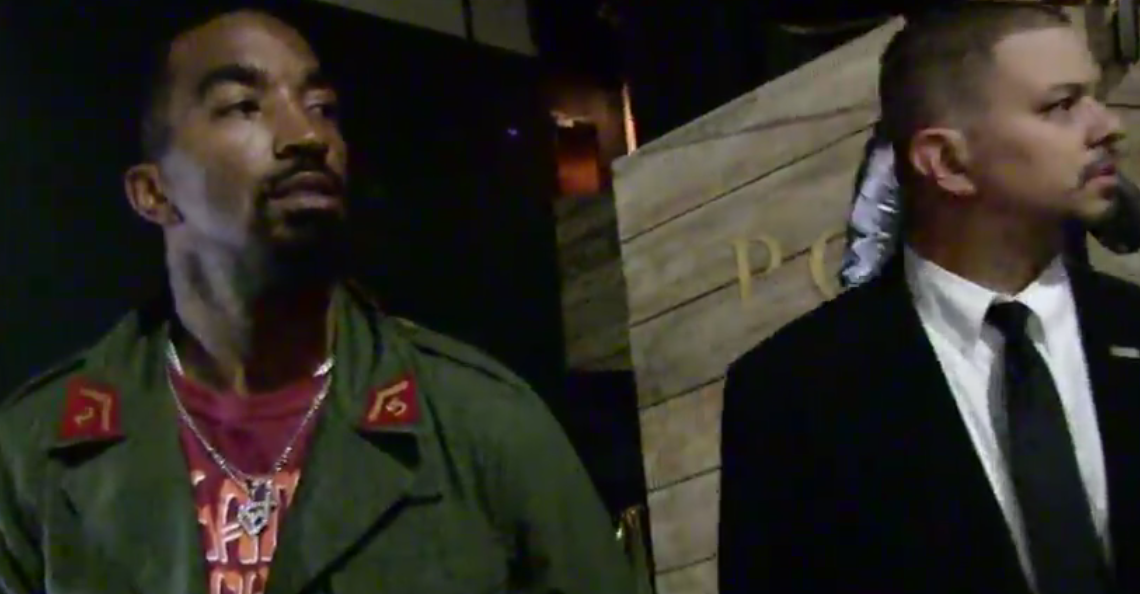 A member of the TMZ Sports team learned a lesson the hard way about what type of questions he’ll be willing to answer when he’s out in public.

The staffer approached Smith outside of Poppy in Los Angeles — a popular night club many NBA players have been frequenting lately. He insinuated that the tea leaves suggested LeBron James would be leaving Cleveland, to which Smith responded “LeBron’s still here. He’s still here.”

But the man remained persistent, and kept going. “You think LeBron’s gonna come to L.A.?” he asked.

Here’s what Smith had to say in response:

“I think LeBron’s gonna be wherever the f–k he wanna be at!” Smith said.

We can’t really blame Smith for reacting the way he did. All he was trying to do was enjoy a night out, rather than being hassled by paparazzi.