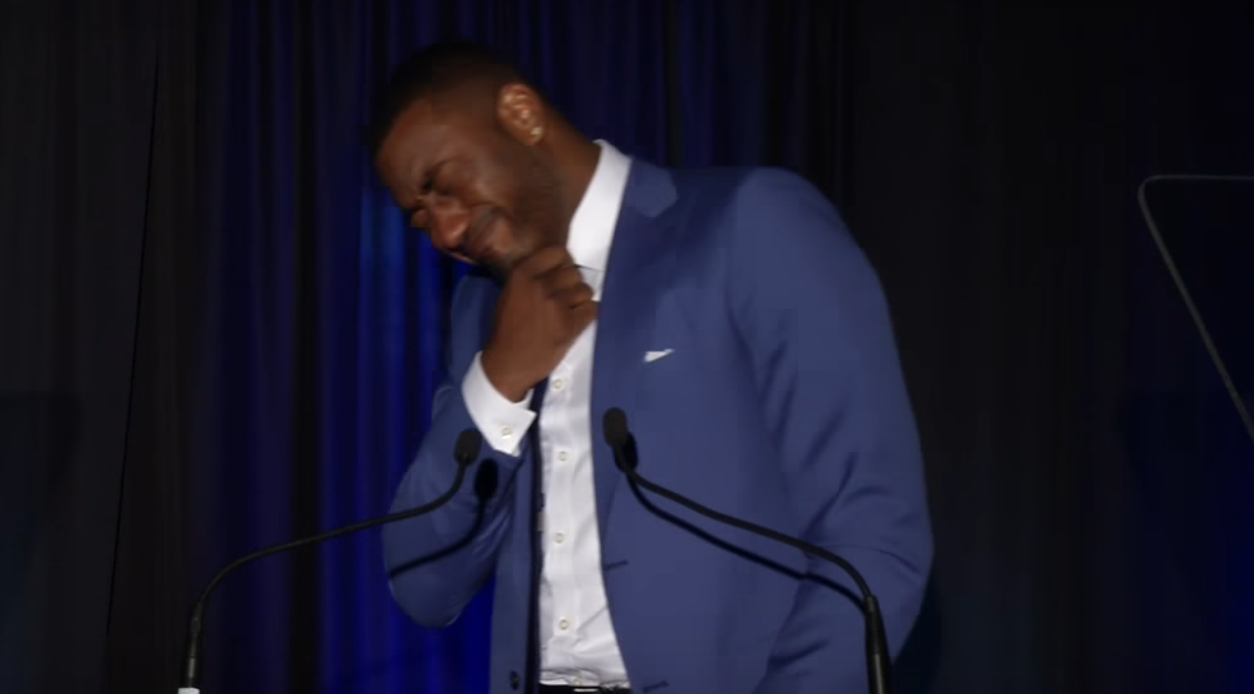 John Wall may have only played one year at Kentucky, but he recently received a huge honor from the university.

Wall played for Kentucky from 2009-10, and earned SEC Player of the Year honors. The team didn’t even reach the Final Four that year, but did reach the Elite Eight, even though they were favored to win it all.

Still, Wall was welcomed back to the university over the weekend, as he was inducted into the University of Kentucky Hall of Fame.

Wall shouted out his mother and former coach John Calipari, and even teared up at one point while delivering this eight-minute speech.